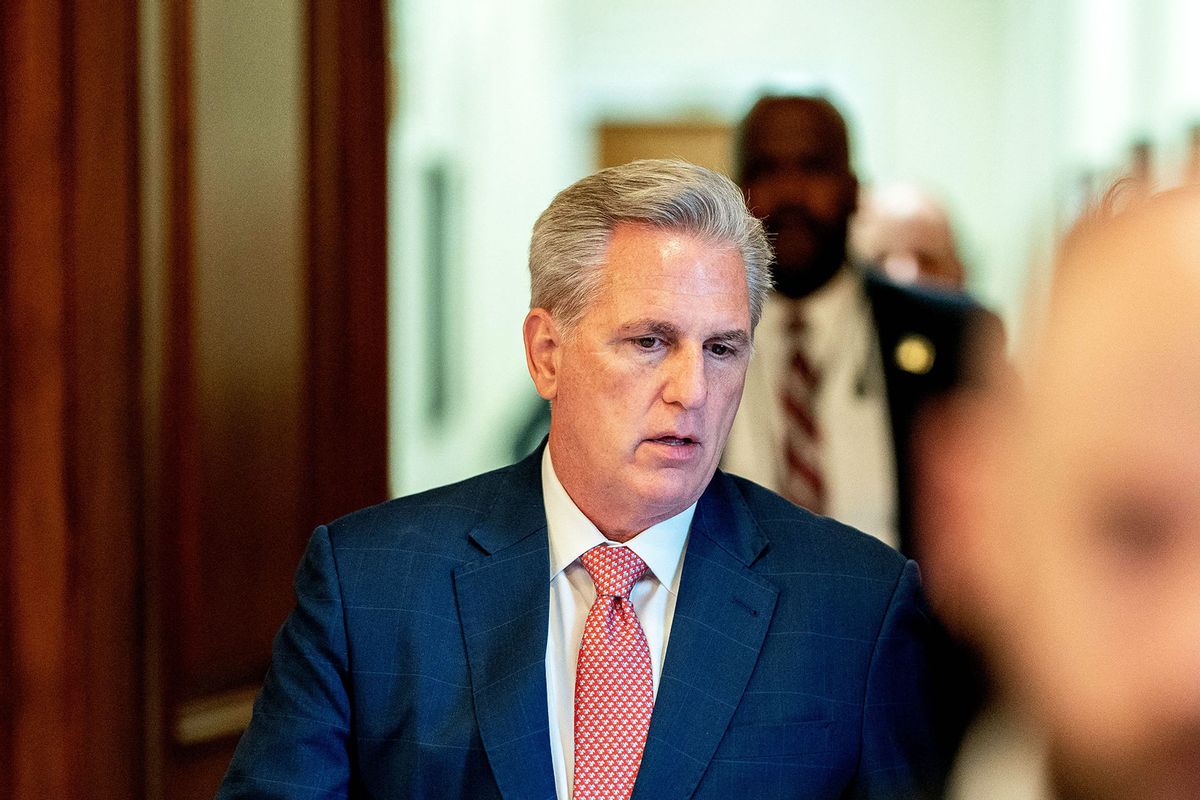 House Speaker Kevin McCarthy (R-CA) agreed to release all security camera footage of the January 6 attack on the U.S. Capitol as part of a backroom deal he made with far-right Republicans to get them to step aside and allow him to be elected Speaker, Rep. Matt Gaetz (R-FL) is claiming.

This revelation came from CNN's Melanie Zanona, who reported Gaetz's new claim about the details of the deal.

"Gaetz hinted in a tweet tonight that was part of their hand shake deal, and confirmed to CNN that was what he was referring to. It shows how the full extent of McCarthy's concessions still not fully known," reported Zanona. "Earlier today, when asked at a press conference about how some Republicans had called on former-Speaker Nancy Pelosi to release all the security footage from January 6, McCarthy said, 'Yeah, I think the public should see what happened.'"

Republican lawmakers have been demanding the release of this footage for almost a year, arguing that it could help exonerate some of the Capitol defendants. Some have also called for footage of the previous day to be released, to settle longstanding rumors that some representatives gave "reconnaissance tours," unintentionally or otherwise, to some of the rioters.

Gaetz is one of more than 20 lawmakers who blocked McCarthy from having the votes for Speaker for a week — the first time this has happened in 100 years. McCarthy made numerous public concessions ceding his own power to secure the necessary votes, including seating extra members of the far-right House Freedom Caucus on the Rules Committee and allowing any member to call for a motion to vacate him as Speaker at any time.

However, members of the House are still suspicious that McCarthy may have made even more guarantees to the holdout members behind closed doors, as part of a deal that hasn't been made public.