"While this is incredibly disturbing, we are not surprised," advocacy group says 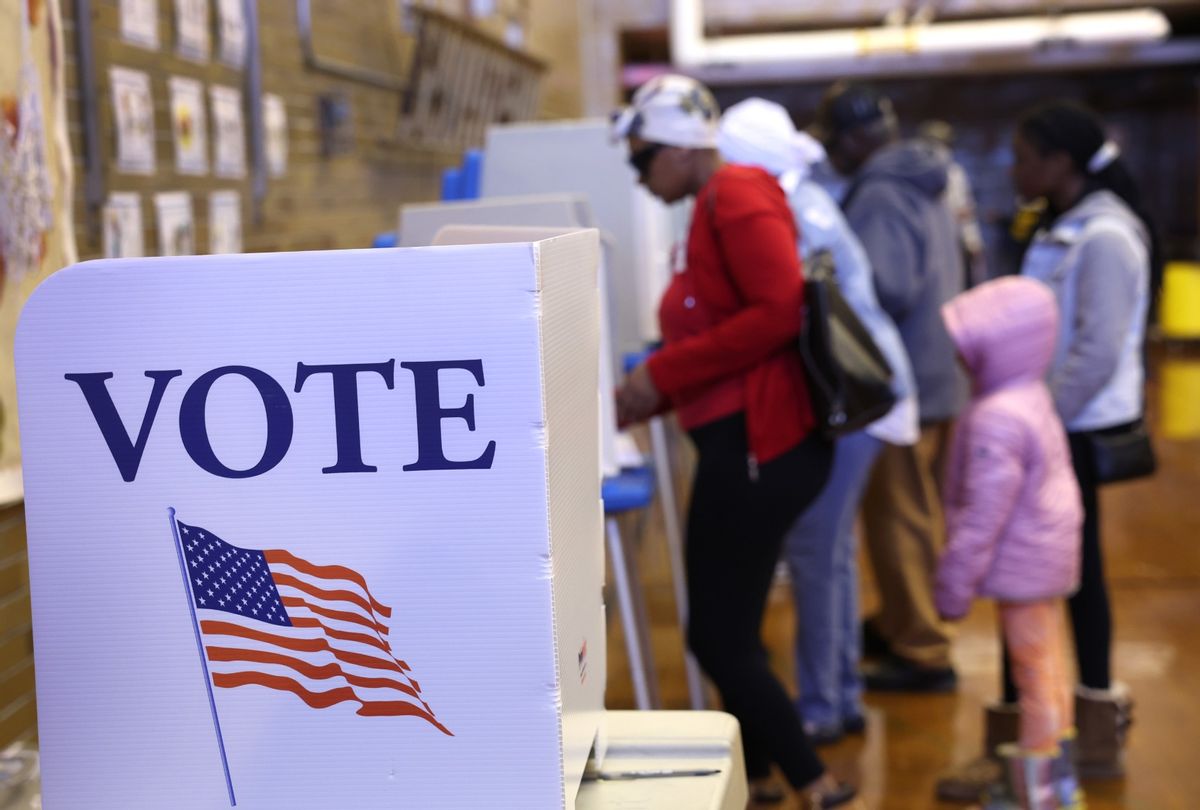 Voters cast their ballots at a polling place on November 08, 2022 in Milwaukee, Wisconsin. (Scott Olson/Getty Images)
--

Voting rights advocates in Wisconsin on Thursday called on a far-right conspiracy theorist and member of the state's election authority to resign following revelations that he boasted about suppressing Black and Brown Milwaukee voters during last year's midterms.

Urban Milwaukee first reported that Bob Spindell, chairman of the 4th Congressional District GOP and a member of the Wisconsin Elections Committee (WEC), gloated in an email to thousands of Republicans that "we can be especially proud of the city of Milwaukee (80.2% Dem Vote) casting 37,000 less votes than cast in the 2018 election, with the major reduction happening in the overwhelming (sic) Black and Hispanic areas."

Spindell explained that "this great and important decrease in Democrat votes in the city" was due to a "well thought out multifaceted plan," which included negative ads targeting Black voters, Republican lawsuits that increased voting restrictions, and an effort to convince Democratic voters to stay home on Election Day.

"While this is incredibly disturbing, we are not surprised by this recent revelation of additional Republican tactics used for voter suppression," the political action group Black Leaders Organizing for Communities (BLOC) said in response to Spindell's email. "Many of us have been sounding the alarm about how sinister voter suppression tactics have become, and Spindell's comments reinforce what we already knew."

Our Statement regarding WEC Commissioner Bob Spindell's comments about targeted suppression and disenfranchisement of Black communities in the city of Milwaukee.
Article: https://t.co/Vr93dBEwoz pic.twitter.com/ntE6FjUn7c

"It is incredibly racist to brag about lowering Black and Brown turnout, it is also unacceptable to have these comments and views held by an election official," BLOC added. "We join calls from various grassroots partners... to rescind Spindell's appointment to the Wisconsin Election Commission."

"There's no easier way to put it — Spindell is a Trump faction conspiracy theorist who has actively tried to sabotage and influence the outcome of Wisconsin elections based upon his own partisan bias," Walloch said in a statement.

"From participating in a criminal conspiracy to overturn the 2020 election results, to now boasting about the suppression of votes from people of color, Spindell clearly cannot be trusted to fairly and adequately carry out a position directly related to the integrity of the Wisconsin election system," Walloch added. "Wisconsinites deserve better, and we are demanding better."

Bragging about your party's efforts to decrease voter turnout should be disqualifying for any election official. (Spindell is a WI Elections Commissioner.) https://t.co/6uJ6gRTmry

Spindell was already a controversial figure. A prominent purveyor of Trump's "Big Lie," he was one of 10 fake Republican electors who plotted to fraudulently hand Trump a second White House term.

"The comments Commissioner Spindell made are not only egregious, they are the antithesis to what a true democracy is all about," Samuel Liebert, the Wisconsin state director for the advocacy group All Voting Is Local, said in a statement. "Nobody should be celebrating the disenfranchisement of Wisconsin voters, least of all an election official serving on the Wisconsin Elections Commission."

"The targeting of Black and Brown voters and the rejoicing over tens of thousands of us casting fewer ballots than in previous elections is alarming and leaves little doubt that barriers to the ballot and the spreading of disinformation regarding voting and elections have specifically been implemented and utilized to prevent us from voting," he continued.

We deserve leaders who are fighting for a representative democracy—not MAGA Republicans who brag about suppressing votes in Black and Brown communities.

Bob Spindell is clearly unfit for his role as a WI Elections Commissioner and we join others in calling for his resignation. https://t.co/uoHiW4czy1

"No matter our color, background, or zip code, most Wisconsinites believe that voters pick our leaders, our leaders do not pick their voters," Liebert added. "Elections officials, such as those serving on the WEC, should deliver the promise of American democracy to all, regardless of party affiliation."