"Videos on J6 show Ashli hitting another man as she tried to stop people from going in," Greene said on Twitter 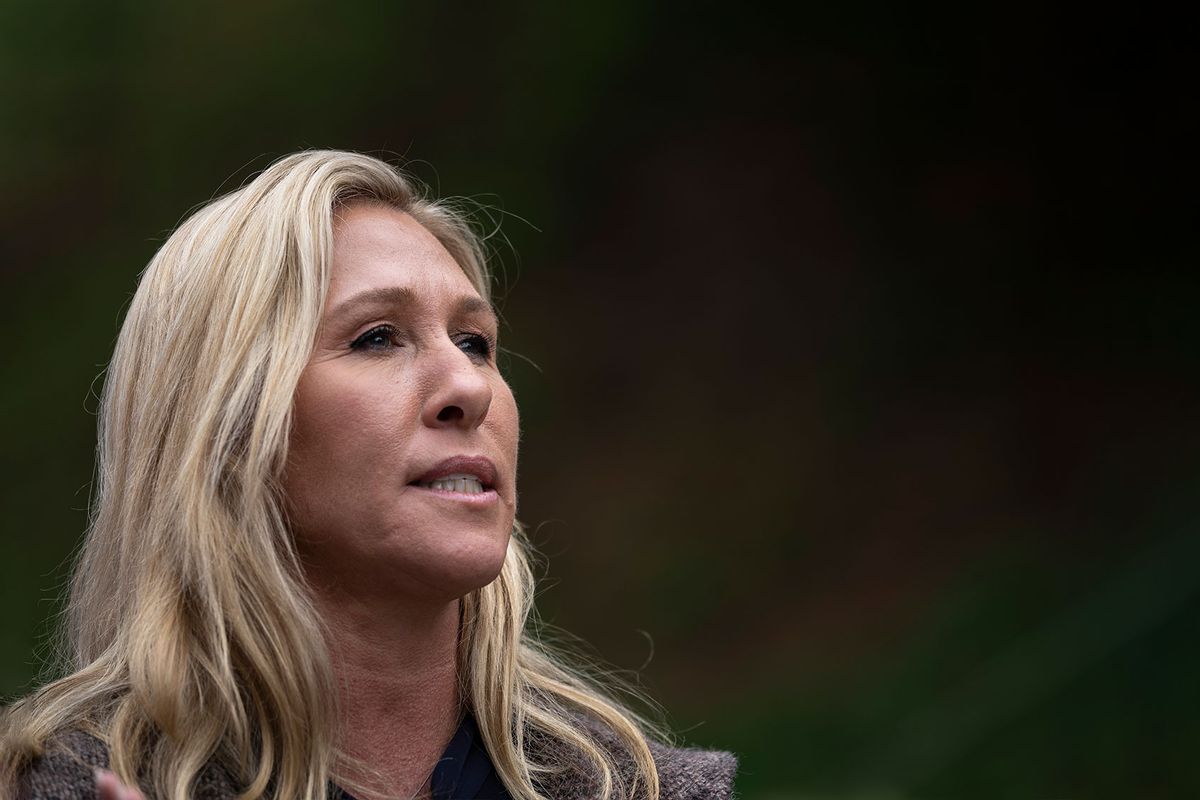 This Friday, Georgia GOP Rep. Marjorie Taylor Greene shared a report from the Washington Examiner detailing how the Capitol Police officer who shot and killed Ashli Babbitt on Jan. 6, 2021, was housed for six months "in a hotel suite reserved for top brass at Joint Base Andrews in Maryland."

"Capitol Police paid for a suite for Lt. Michael Byrd and a 'pet' at the hotel inside the fenced base from July 2021 to January 2022 for thousands of dollars," the report stated.

In a post to her Twitter account, Greene questioned who at the Department of Defense decided to provide taxpayer funded protection for the officer, identified as Lt. Byrd. Greene. She then claimed that Babbitt was killed while trying to prevent other rioters from the breaching the Capitol's chambers.

"Videos on J6 show Ashli hitting another man as she tried to stop people from going in," Greene wrote. "People shouldn't have gone in the Capitol but Ashli was wrongly killed & lied about."

Greene then shared an edited video from Jan. 6 showing rioters trying to break down the doors to the Speaker's Lobby inside the Capitol moments before Babbitt was shot. The video purports to show Babbitt "punching" another rioter in the face in an alleged attempt to dissuade him from entering.

In the video, there's a slight moment where a hand purportedly belonging to Babbitt raises up near another rioter's face and seemingly knocks off his glasses, but there's no real indication of what the nature of the interaction was or what Babbitt's mindset was at the time -- or if the person is even Babbitt at all.

Politifact did a fact check on the video last year, pointing out that the claim originated from an Epoch Times article "that made speculative claims about what Babbitt said, did and felt in the moments before her death. Babbitt was the first rioter to reach the Speaker's Lobby doors, and the first to try jumping through them."

Furthermore, video of the moment of Ashli Babbitt's death clearly shows her trying to jump though the broken glass of the door leading to the Lobby.