LinkedIn at 20: how a new breed of influencer is transforming the business networking giant 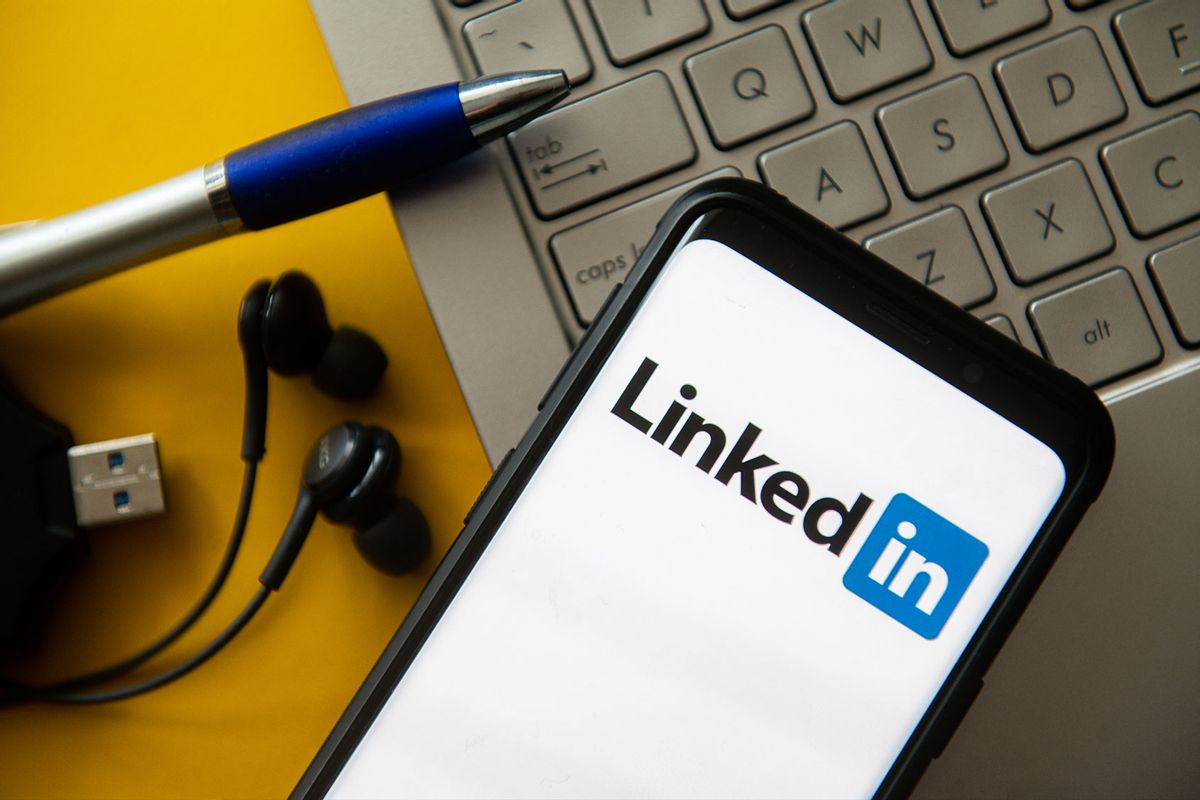 When someone says social media, you probably don't immediately think of LinkedIn. But there's no denying that the business networking site has gone the distance: it is now 20 years since it was founded in Silicon Valley.

It was the brainchild of Reid Hoffman, a U.S. entrepreneur who worked on an early social media platform for Apple before launching one of his own in 1997. SocialNet was a dating and professional connections site, but folded two years later after failing to find a big enough userbase in those early days of the web.

Hoffman went on to become a senior manager at PayPal, and made a substantial amount of money when it was bought by eBay in 2002. This helped him to co-found LinkedIn on December 28, 2002 with a team of former SocialNet colleagues, becoming its first chief executive and later executive chairman.

This was a period when everyone was realizing the importance of individual interconnection and peer-to-peer interactions. LinkedIn launched in May 2003, just ahead of Myspace and Facebook. But where they and others like Friendster went after the consumer market, Hoffman's venture was always focused on business.

LinkedIn was originally set up as a place where users could share their CVs and establish a network of people who could recommend them. It took a while for the service to find its feet via innovations like allowing users to upload their contacts books (2004), as well as jobs listings (2005) and public profiles (2006).

LinkedIn went international in the late 2000s, opening an office first in the UK in 2008 and introducing Spanish and French language versions the same year. Jeff Weiner, formerly of Yahoo, took over as chief executive the following year as the company morphed into a proper business.

It made money from premium features that enable users to do things like messaging outside their network, send promotional emails and access analytics. It also sells advertising space and packages to help recruiters attract talent.

It floated on the stock market in 2011 with a valuation of $9 billion. This helped to finance an acquisition spree that has gradually bolted new features onto the platform, such as posting articles (2015) and videos (2017).

The company was acquired by Microsoft in 2016 for $26 billion (£21 billion). With Hoffman joining the Seattle giant's board the following year and Weiner still LinkedIn's chief executive today, Microsoft has taken a relatively hands-off approach to ownership.

Today LinkedIn is arguably the seventh largest social network after Facebook/Messenger, YouTube, WhatsApp, Instagram, Twitter and Tik Tok. In 2021 it had nearly 824 million users across 200 countries and territories, of which 6% (49 million) are premium subscribers, paying a minimum of $29.99 a month. 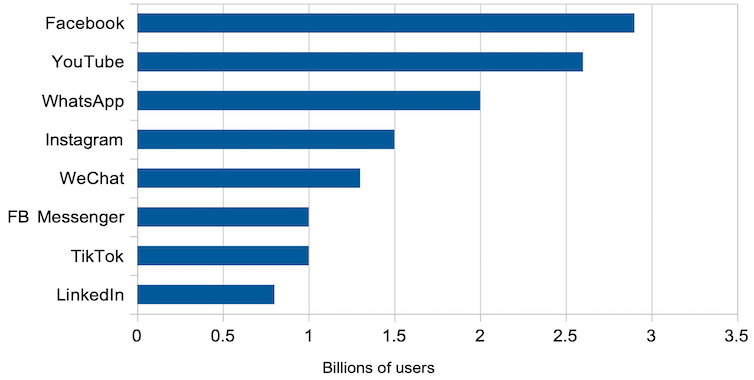 All the data is monthly active users from January 2022, except LinkedIn, which just gives user numbers. Statista

LinkedIn had a "good" pandemic, with conversations on the platform rising 43% and content-sharing almost 30%. It benefited from a shift in how people networked, related to findings from numerous studies that it's the "weak links" in our professional networks who are the most important for gleaning critical information that leads us into jobs we genuinely desire.

At a time when the usual barriers of time and space were less relevant and Zoom calls were ubiquitous, it became the perfect moment for reconnecting with these occasional contacts. Especially with so many people questioning their work situations, LinkedIn was the ideal place to see their posts and reach out to them.

This meant that LinkedIn played a key role in the great resignation, particularly since like the platform, this movement was dominated by millennials. Users posting about changing or quitting jobs would attract large numbers of likes and comments, inspiring others to do likewise. The fact that so many people were connected on LinkedIn multiplied the effects, making it both the main catalyst and the main solution for employers.

LinkedIn's role as a lightning rod for work issues is also likely to determine how it develops, as a new category of social media influencer emerges – the "work-fluencer." Companies are increasingly finding that employees' LinkedIn profiles and postings can express the brand better than corporate accounts, allowing them to develop the corporate business network much more quickly and naturallyand naturally.

When this is done well, employee posts are usually much more authentic than corporate PR. Rather than just curating articles on professional milestones and triumphs, people have become more open and honest about day-to-day work life.

Over 13 million LinkedIn members have their profile set to "creator mode" to obtain higher exposure for their postings. Many use the hashtag #careertiktok to publish things like their wages and day-in-the-life vlogs about their professions, achieving over 1.5 billion views.

This new "online watercooler" represents a change in the amount of information people reveal about their work on the internet. Workers are raising formerly taboo concerns like pay transparency, discrimination and professional undermining. Some professionals like lawyers, entrepreneurs and HR experts, have leveraged their posts into new content-marketing businesses and other profitable side hustles.

Twenty years after LinkedIn was founded, this could enable the platform to enjoy the kind of trust and community growth that other social media networks would envy. Certainly it has challenges – fake accounts are an issue, for example. And LinkedIn inevitably attracts a lot of spam, which is probably one reason it doesn't achieve the same amount of daily interactions as other social media.

On the other hand, it benefits from not having a single direct competitor of scale. The nearest big ones would be Facebook Groups or Reddit, but LinkedIn's purely corporate focus is always likely to be a plus against such players. At a time when traditional platforms like Facebook and Twitter are experiencing difficulties, LinkedIn has a real opportunity to continue succeeding as the one dedicated platform of its size.

Theo Tzanidis, Senior Lecturer in Digital Marketing, University of the West of Scotland