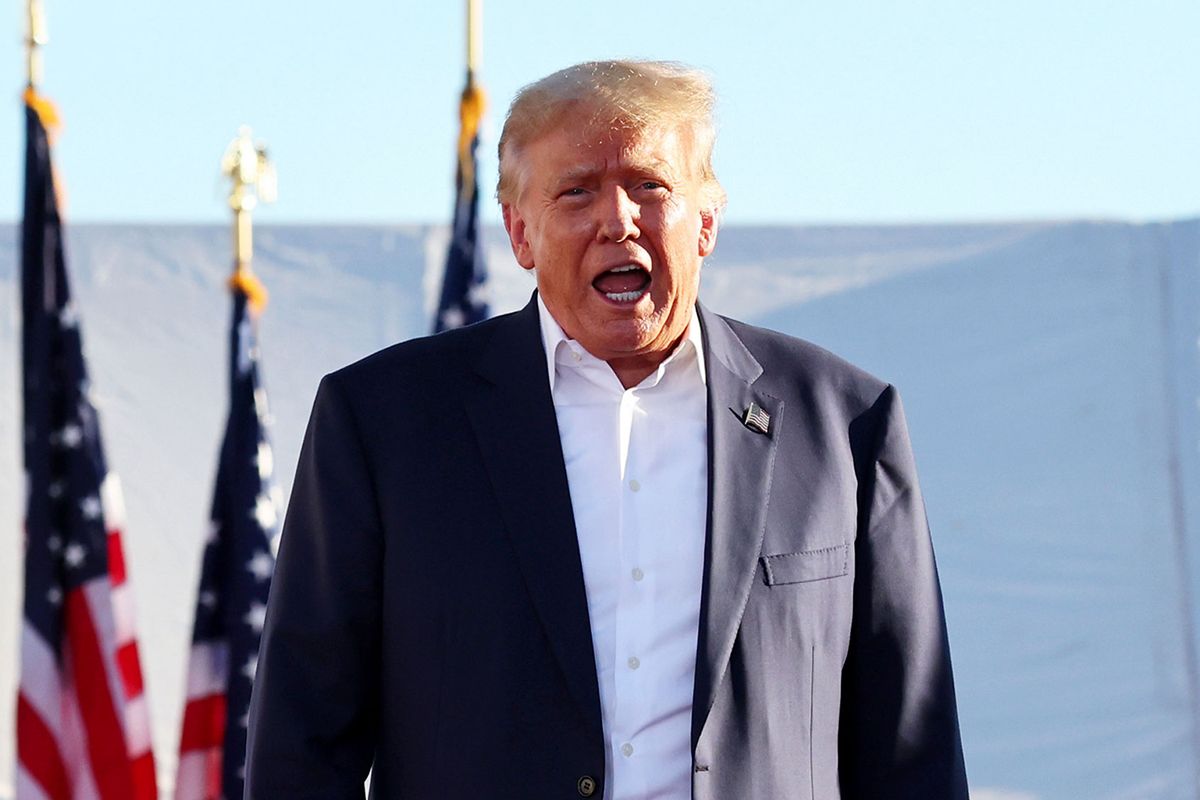 Donald Trump was up bright and early on Saturday morning ranting about the Department of Justice's investigation into the sensitive documents he took to his Mar-a-Lago resort and refused to give back which eventually led to the FBI serving him with a warrant and searching the premises.

Using the documents discovered at President Joe Biden's residence from when he was vice president as a springboard, the former president characterized the "Special Counsel" looking into the Biden situation as "not known as a flame-throwing lunatic" while taking aim at his own nemesis as a "Trump Hating political Thug."

Hot on the heels of special counsel Jack Smith adding more members to his investigatory teams, the former president launched another broadside and complained he is being treated unfairly.

In a series of posts on Truth Social from very early Saturday morning, Trump first wrote, "Page 1: What Biden did was wrong, but he was given a reasonable and stable Special Counsel who is sane, inclined not to make waves, friendly with RINOS, and is not known as a flame-throwing lunatic or a Biden hater. What I did was RIGHT, Secured documents in a secured place, lock on the doors, guards and Secret Service all around, security cameras working. Mar-a-Lago is essentially an armed fort, and was built that way in the 1920's, with High Walls & structure to serve as the Southern W.H."

He followed that soon after with, "Page 2: I was President of the U.S. and covered and protected by the Presidential Records Act, which is not criminal and allows and encourages you to talk to the NARA, which we were, very nicely, until the FBI, who it is now learned has been after me for years without pause or question, RAIDED Mar-a-Lago, a stupid and probably Illegal thing to do. As President, I have the right to declassify documents, Biden did not. Special 'Prosecutor' Jack Smith, however, is a Trump Hating political Thug."

He then insisted that Smith drop the investigation, which is reportedly looking at obstruction of justice for refusing to return the documents for months, and violations of the Espionage Act.

"Page 3: The Boxes Hoax Case against me should be dropped immediately. I have done nothing wrong!" he insisted.