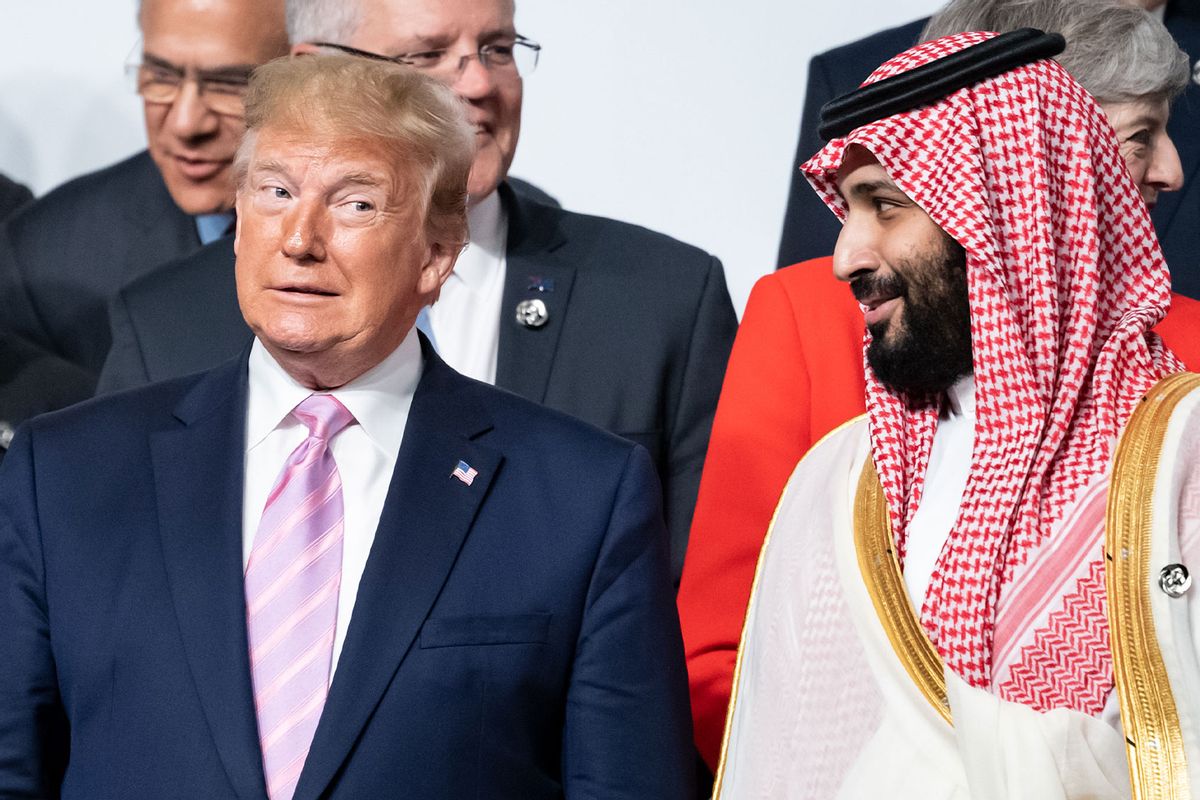 Donald Trump, President of the United States of America (USA), and Mohammed bin Salman bin Abdelasis al-Saud, Crown Prince of Saudi Arabia, stand side by side in the group picture at the start of the G20 summit, June 2019. (Bernd von Jutrczenka/picture alliance via Getty Images)
--

Trump, golf and Saudi Arabia: A filthy cycle of "sportswashing"

"The revelation that a fund controlled by Crown Prince Mohamed bin Salman actually owns almost all of LIV Golf means that MBS has been paying Donald Trump unknown millions for the past two years, via their mutual corporate covers," said DAWN Executive Director Sarah Leah Whitson in a Sunday statement.

"If Trump or his agents discussed any deals with LIV Golf or PIF while Trump was still in office, a criminal investigation would also be in order because federal law strictly prohibits this sort of business dealing by sitting federal officials with foreign governments."

"The Justice Department and Congress have a responsibility to investigate exactly when and to whom and under what terms Trump has obtained unknown millions from Saudi government coffers controlled by Crown Prince Mohamed bin Salman, which may well violate even our existing, weak ethics laws," said Whitson.

"Given that Trump is also planning to run again for president, his business ties to Mohamed bin Salman are a national security emergency."