McCarthy tried to brag about Republican successes after a disastrous start. It didn't go well 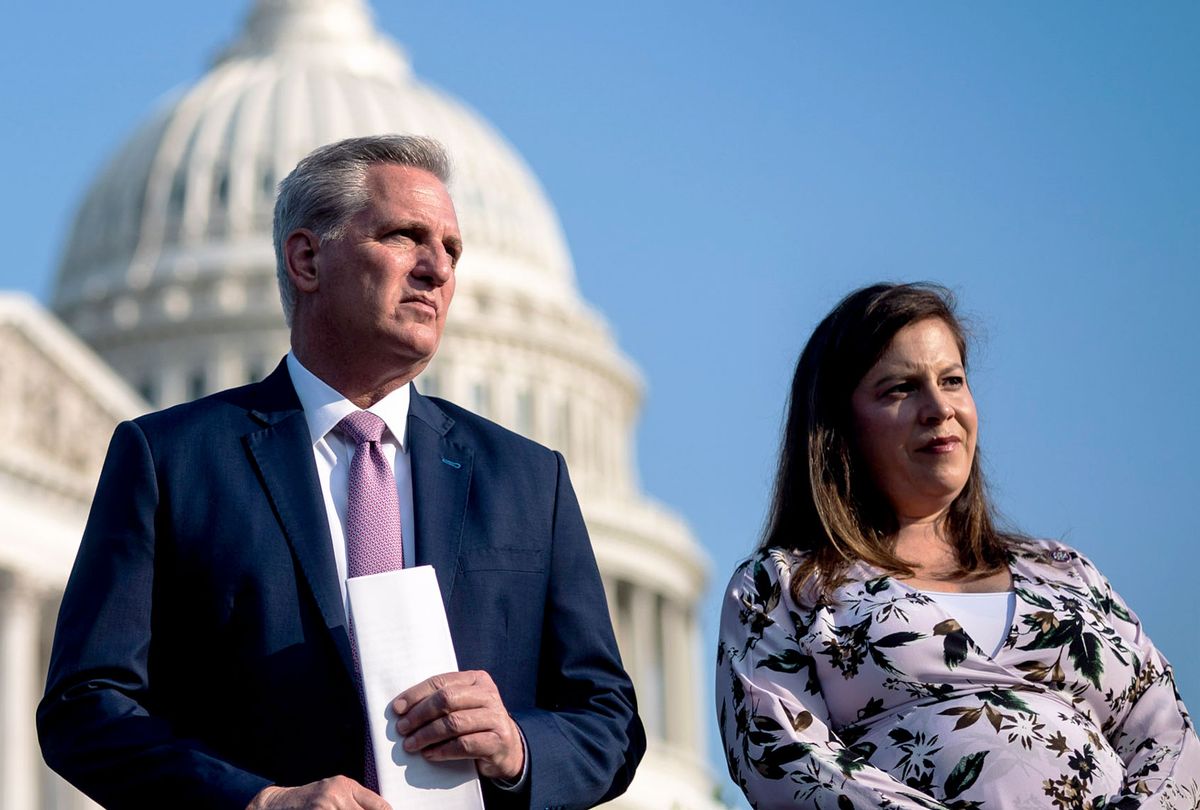 After a few arduous days of voting, Rep. Kevin McCarthy, R-Calif., finally won over his GOP colleagues on the 15th vote and began his stint as House Speaker. Now that he's been in the role for a full week, McCarthy reflected on what he believes was a successful first week for the party in a recent New York Post op-ed.

In his reflection, McCarthy asserts that he is currently basking in the confidence that he and fellow House Republicans are already making significant progress on behalf of the American people.

However, MSNBC blogger Steve Benon reports that the Republicans' impact, so far, is quite the opposite of successful, and he set the record straight on what the House GOP members have actually achieved

McCarthy wrote that his reign is "the start of a new direction in Washington," insisting that the party is "following through on our pledge for a more accountable, more transparent, more open chamber."

"House Republicans began this Congress by passing a rules package that transitions away from the top-down, centralized control that has defined this institution for many years," the GOP leader claimed.

In his reporting, Benon argues that McCarthy's view of success is "a matter of perspective" and offers a look into the real impact of the rules package, as well as the impact of the ongoing list of what House Republicans have both done and "undone" in their effort to "address Americans' top concerns."

Benon contends that McCarthy's new rule package has already "weakened congressional ethics rules." AlterNet previously reported that advocates pushed back on the rule changes, arguing in a letter to Congress that the "changes weaken [the Office of Congressional Ethics] to the point where the office would struggle to perform its core function, dismantling one of the only ways members of Congress are held accountable for ethics violations."

House Republicans also managed to pass their first bill, which repeals funding for 87,000 Internal Revenue Service (IRS) agents. Though McCarthy claimed in his op-ed that the bill fulfills Republicans' "commitment to America to protect hardworking taxpayers and small businesses from being spied on and shaken down by tax collectors," the Congressional Budget Office said the bill will increase the deficit by $114 billion.

Mother Jones Senior Editor Michael Mechanic notes that the "Family and Small Business Taxpayer Protection Act," as the bill is named, is actually a misnomer. Rather than protecting taxpayers, it would instead protect "tax cheaters" by rolling back IRS funding from the Inflation Reduction Act (IRA).

In the op-ed, McCarthy also shed light on his spearheading of the House GOP's launch of the Select Subcommittee on the Weaponization of Government. In a recent statement, and as a response to the launch of this committee, New York Democratic Congressman Jerry Nadler said, "Jim Jordan and Kevin McCarthy claim to be investigating the weaponization of the federal government when, in fact, this new select subcommittee is the weapon itself."

Nadler continued, "It is specifically designed to inject extremist politics into our justice system and shield the MAGA movement from the legal consequences of their actions."

Benon also highlighted that Republican members have also started the process of "imposing new abortion restrictions," placed an alarming number of "election deniers" on existing congressional committees and have notably "pretended to care about the mishandling of classified materials" amid former Republican president Donald Trump's investigation by the Department of Justice.

Despite McCarthy's optimistic analysis of the GOP's first week in power, and his prediction of a bright future for America under their congressional leadership, Benon concludes that the party's success is, perhaps, in the eye of the beholder.