“Being a brat”: Lauren Boebert fumes at Marjorie Taylor Greene for bullying her in House bathroom 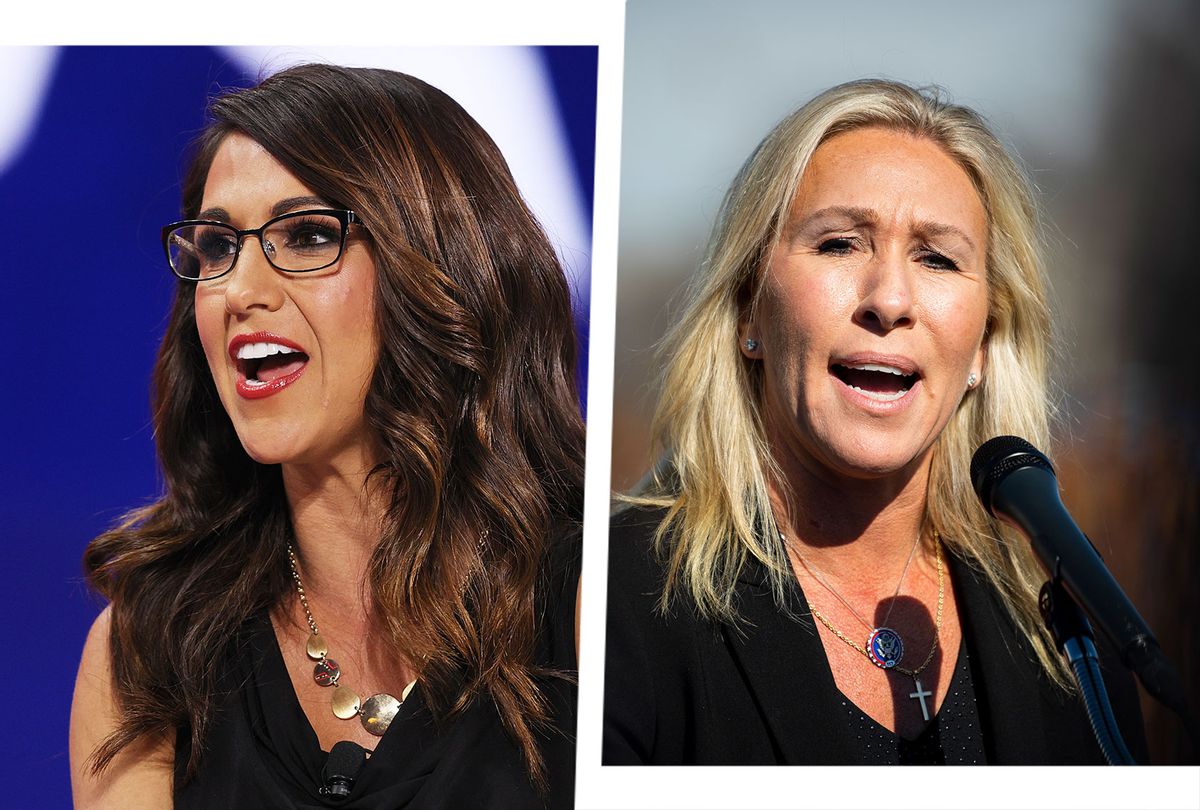 The civil war between Reps. Lauren Boebert, R-Colo., and Marjorie Taylor Greene, R-Ga., one-time far-right allies in the House, continues to rage as the Colorado Republican fired more shots at her colleague for bullying her in a bathroom confrontation.

In an interview with former NRA spokesperson Dana Loesch, Boebert was asked about a Daily Beast report that Taylor Greene harangued her counterpart for accepting campaign cash ("millions") from now-Speaker Kevin McCarthy, R-Calif., for her re-election bid that nearly failed, and then refused for 15 ballots to back him — finally voting "present."

In the previous report, the Beast reported, Taylor Greene asked Boebert, "You were OK taking millions of dollars from McCarthy, but you refuse to vote for him for Speaker, Lauren?" to which the Colorado Republican shot back, "'Don't be ugly," and then reportedly fled from the bathroom.

She added, "And so when she started going after me, I looked at her and said, 'Don't be ugly.' That's something that my granny used to say to me when I was being a brat."

Asked, "You guys were kind of like BFFs there for a while, weren't you?" Boebert dismissed the notion, telling Loesch, "I think the media saw two women in Congress, you know, there was nothing against her. We travel in the same circles, have the same policy views on a lot of things—not everything! But on many things."