"It's a huge list": Iowa GOP bill would ban people on food stamps from buying fresh meat — and more 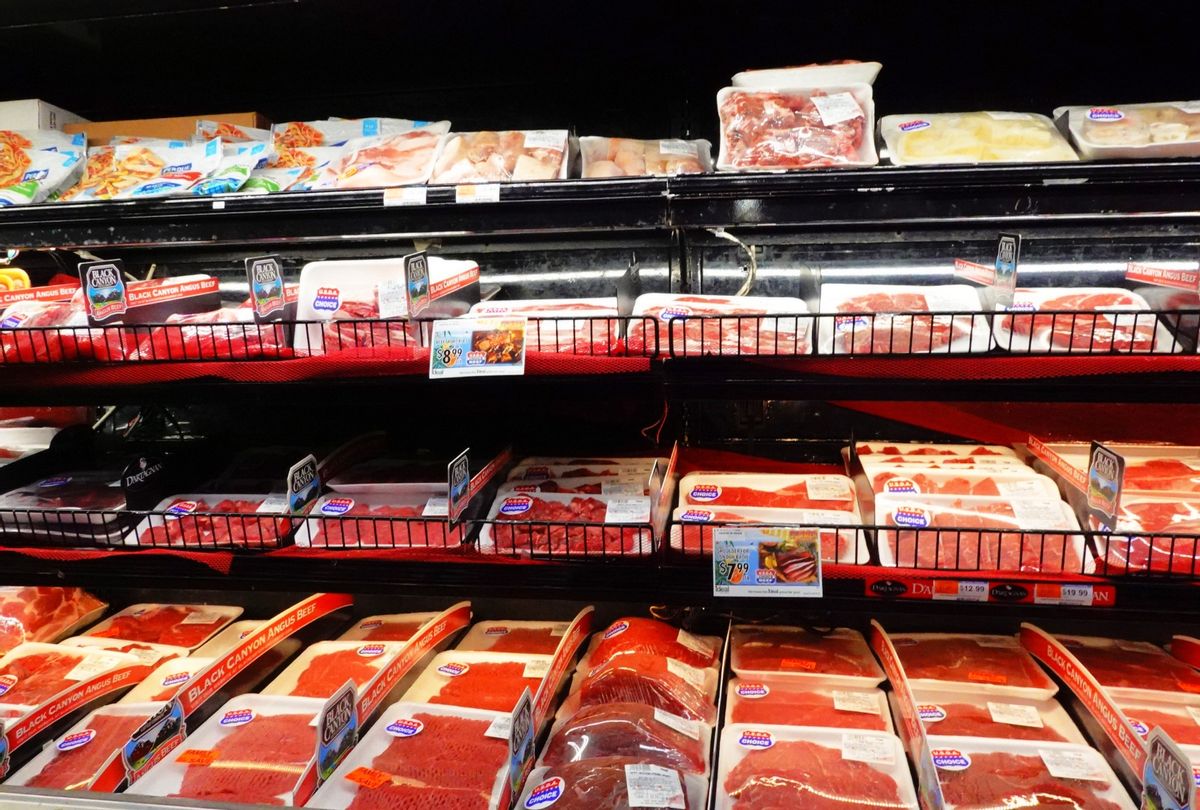 Iowa House Republicans introduced a bill that would place restrictions on the state's Supplemental Nutrition Assistance Program (SNAP) benefits, limiting who qualifies for food assistance and what foods they can buy.

HF3 also targets several other public assistance programs, such as Medicaid, and reduces the income level Iowans need to qualify for the program

Nearly 40 House Republicans have co-sponsored the bill led by House Speaker Pat Grassley — one that would limit SNAP food purchases (formerly known as food stamps) to only what is on the state's approved WIC list, a supplemental nutritional aid for women, infants, and children.

Some of the proposed restrictions mean that low-income, older, and disabled Iowans who rely on SNAP benefits would not be able to purchase items like fresh meat, white bread, or sliced cheese.

Also on the "do not buy list" are baked, refried or chili beans. Instead, recipients must purchase black, red, and pinto beans. Cooking oil, spices, and salt and pepper would have to be crossed off the shopping list, along with soup, and canned vegetables and fruit.

Fresh meats are off the table, as Iowans would only be able to purchase canned products like canned tuna or salmon. Sliced, cubed, crumbled, and American cheese would also be eliminated from SNAP food purchases.

A House subcommittee is in the process of considering the bill, but critics say the WIC program was created for new mothers, pregnant people, and infants, and includes many outdated dietary restrictions.

Iowans on SNAP would not be able to buy meat, flour, butter, cooking oil, frozen prepared food," said Luke Elzinga, Chair of the Iowa Hunger Coalition. "It's a huge list. Actually it's quicker to list what Iowans would still be able to buy with their SNAP benefits."

Elzinga cautioned that if passed, this bill would be devastating for SNAP recipients.

"I don't think the 39 co-sponsors of this bill know just how restrictive this is, and that it would ban meat," he said. "Under this bill, no ground beef, no chicken, no pork in the state of Iowa. I just can't believe that they knew that was what it was when the bill was introduced."

However, Republicans argue that the money allocated toward food security could be better spent on "other priorities."

"It's these entitlement programs. They're the ones that are growing within the budget and are putting pressure on us being able to fund other priorities," said Speaker Grassley.

The bill also proposes limiting SNAP recipients' assets to the federal guidelines, which means families wouldn't be allowed to use the program if they had more than $2,750 on hand, or $4,250 if they've got someone with a disability or over the age of 60 in their family. It also exempts just one vehicle, which would potentially exclude families with two cars.

"They also discourage people from applying for SNAP even when they are eligible," Elzinga said. "They really discourage households from saving for emergencies, because you can't really have an emergency savings account past a certain value or you'd be kicked off the program."

While the bill hasn't been discussed in a subcommittee yet, Rep. Wessel-Kroeschell is already a fierce critic.

"It's almost like we're trying to make sure that these people don't get ahead," she said. "I think the job of SNAP is to try and lift people up while they're down and try and help them get ahead, not take away what they already have, what little they have.

Iowa is not an outlier when it comes to food insecurity — the GOP is also targeting SNAP on a national level.

The farm bill, as it is commonly referred to, decides how much the government spends on food, which includes everything from agricultural production to international trade to programs for lower-income Americans like SNAP.

Every five years, Congress decides on the budget makeup and requirements of the bill, eventually reauthorizing it. The current version was signed in 2018 and expires in September 2023, which means reauthorization will be impacted by a split Congress.

"SNAP helps more than 41 million people — roughly the equivalent of the population of New York State, Georgia and Michigan combined — put food on their table every month," Alice Reznickova, interdisciplinary scientist at the Union of Concerned Scientists, wrote in a November blog post.

"SNAP supports millions of American families, often adult caretakers with children or seniors, and plays an important role in both urban and rural economies," she added.

During the pandemic, Congress increased SNAP benefits and paused the work requirement of at least 20 hours a week for able-bodied people. Since the unemployment rate fell from the peak of the pandemic, many Republican lawmakers are ready to halt the emergency measures.

The Republican Study Committee already released a report explaining their vision for the new farm bill.

"The SNAP law is supposed to limit benefits for able-bodied adults without children who are unwilling to work, search for work, or enroll in job training for three months in any three-year period," the report reads.

"Further, for many years, conservatives have pushed for SNAP to be converted into a discretionary block grant to the states based on rates of unemployment, poverty and the length of time beneficiaries receive aid," it added. "Under this model, states would have flexibility to administer their own programs subject to several commonsense requirements to ensure program effectiveness and viability."

However, Democratic opponents say SNAP eligibility must be determined by the real-life challenges that unemployed people face.

"Those subject to this rule have extremely low incomes and often face barriers to work," said Ty Jones Cox, vice president of food assistance policy at the Center on Budget and Policy Priorities (CBPP). Some of these barriers include racial discrimination, criminal history, health impairments, and educational setbacks.

The fight amongst Republicans to cut the SNAP budget has been going on for years. In 2014 and 2018, House Republicans attempted to cut the budget but didn't make it to the final version either year.

If the SNAP budget gets slashed, millions of Americans could face greater food insecurity. More than 41 million people — nearly 22 million households — received SNAP benefits totaling close to $96 billion in fiscal year 2022 according to the Department of Agriculture.

"People think when the unemployment rate goes down, then SNAP becomes less important," said Elaine Waxman, senior fellow at the Urban Institute's Income Benefits Policy Center. But the effects of the ongoing pandemic and inflation disprove that theory, she says.

"The cost of groceries has increased by 13% over the past 12 months, meaning that a $100 supermarket trip in September 2021 cost $113 in September 2022," Reznickova explained in her blog post. "While $13 may not seem like all that much, it can have a large impact in a country where 13.5 million households struggled last year to put food on the table."

Reznickova added that the farm bill is the best chance to address food and nutrition insecurity in the country "because it touches every aspect of our food and farming system." A progressive change, according to Reznickova, could increase access to food by increasing investments in anti-hunger programs while also promoting racial justice for farmers and fair competition in the food industry.