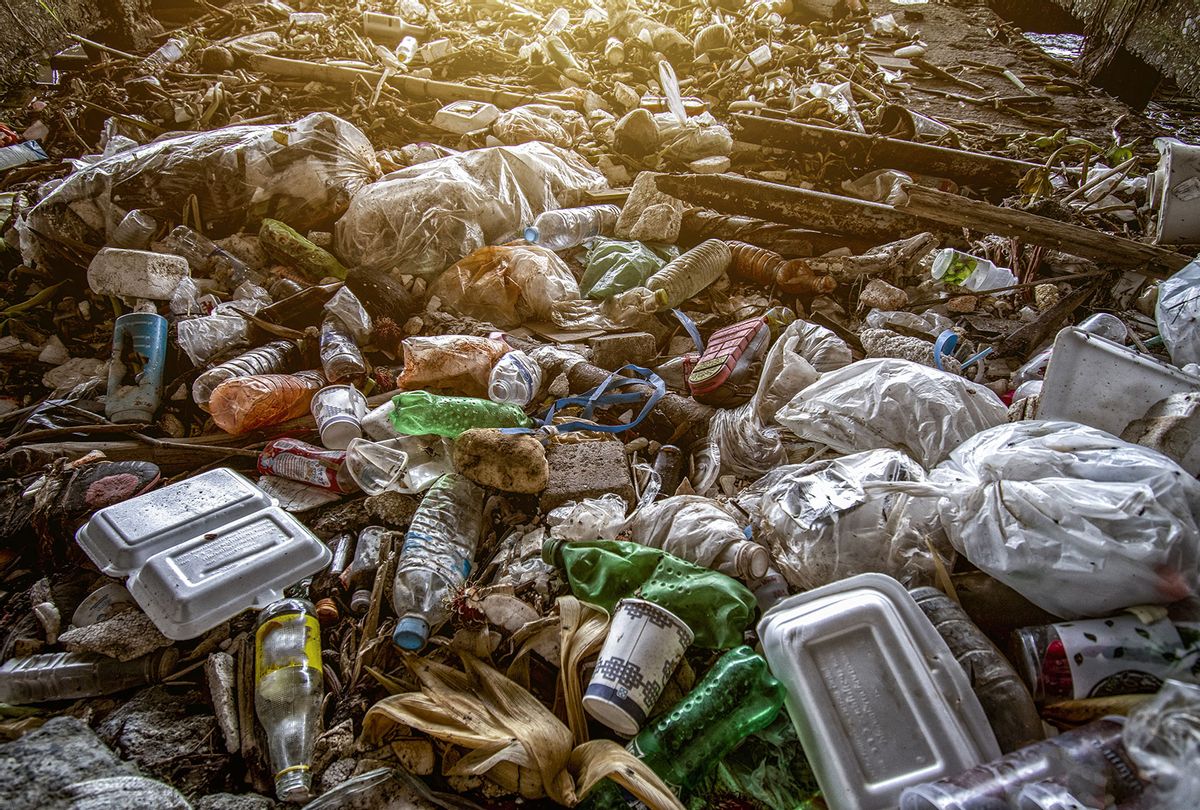 Restaurants and cafes throughout England will soon be barred from using some of the most common single-use plastics — a ban green groups called necessary, insufficient, and long overdue.

The long-anticipated regulation, announced Saturday, makes it illegal for those establishments to sell or distribute certain kinds of polystyrene cups and food packaging, as well as plastic plates, trays, bowls, and cutlery designed to be used once and thrown away. It takes effect in October.

The new policy is "a really positive step in the right direction … but we're coming to the party late," said Steve Hynd, media and policy manager for the British environmental organization City to Sea. The 27 members of the European Union have been subject to a bloc-wide directive since July 2021 banning the items included in England's new policy, and several have proposed additional legislation to curb plastic waste.

With Scotland implementing its own restrictions on single-use plastic plates and cutlery last year and Wales advancing similar legislation, environmental groups said England was "the only country in Europe" without a ban. Last month they submitted a petition signed by more than 118,000 people urging British policymakers to catch up.

England uses more than 5 billion single-use plates and cutlery items each year, according to the Department for Environment, Food, and Rural Affairs. Most are made of plastic and end up incinerated, in landfills, or tossed aside as litter that leaches hazardous chemicals or breaks down into microplastics that contaminate the food chain. Because they are made primarily from fossil fuels, their production releases planet-warming greenhouse gases and disproportionately exposes marginalized communities to pollution.

Thérèse Coffey, England's environment secretary, said in a statement that the new rules would "continue our vital work to protect the environment for future generations." She touted previous efforts to reduce plastic waste, including a 2020 ban on straws and drink stirrers made from the material, as well as a tax on single-use grocery bags.

Some environmental advocates have called for England to clarify whether this latest ban includes bioplastics, as the EU's does. Such products are made from things like corn, sugarcane, agricultural waste, or seaweed. However, they pose many of the same problems as conventional plastics, while raising new ones — the stickiest of which is using land to raise those raw materials rather than food, says, according to Britta Baechler, associate director of ocean plastics research for the nonprofit Ocean Conservancy.

Beyond that clarification, Hynd said more systemic action is needed to substantiate England's pledge to eliminate "unavoidable" plastic waste by 2043. He called for a legally binding target to halve single-use plastic production by 2025 and for the expansion of systems that encourage reusable alternatives. A deposit return program, for example, could incentivize reuse by charging customers a deposit when they buy a bottled beverage and refunding it when the bottle is returned. (The U.K. announced it would pursue such a program in 2018, but officials later said it wouldn't be implemented in England, Wales, and Northern Ireland until at least 2024 — in part because of ongoing economic disruptions from COVID-19.)

Such policies should be seen as an opportunity to create a cleaner U.K., Hynd said. He pictures a future in which it's possible to walk through a park without seeing plastic littering the landscape or to sit on a beach without watching it wash ashore. Plastic bans, he said, are only part of a "much bigger journey to achieving that vision."