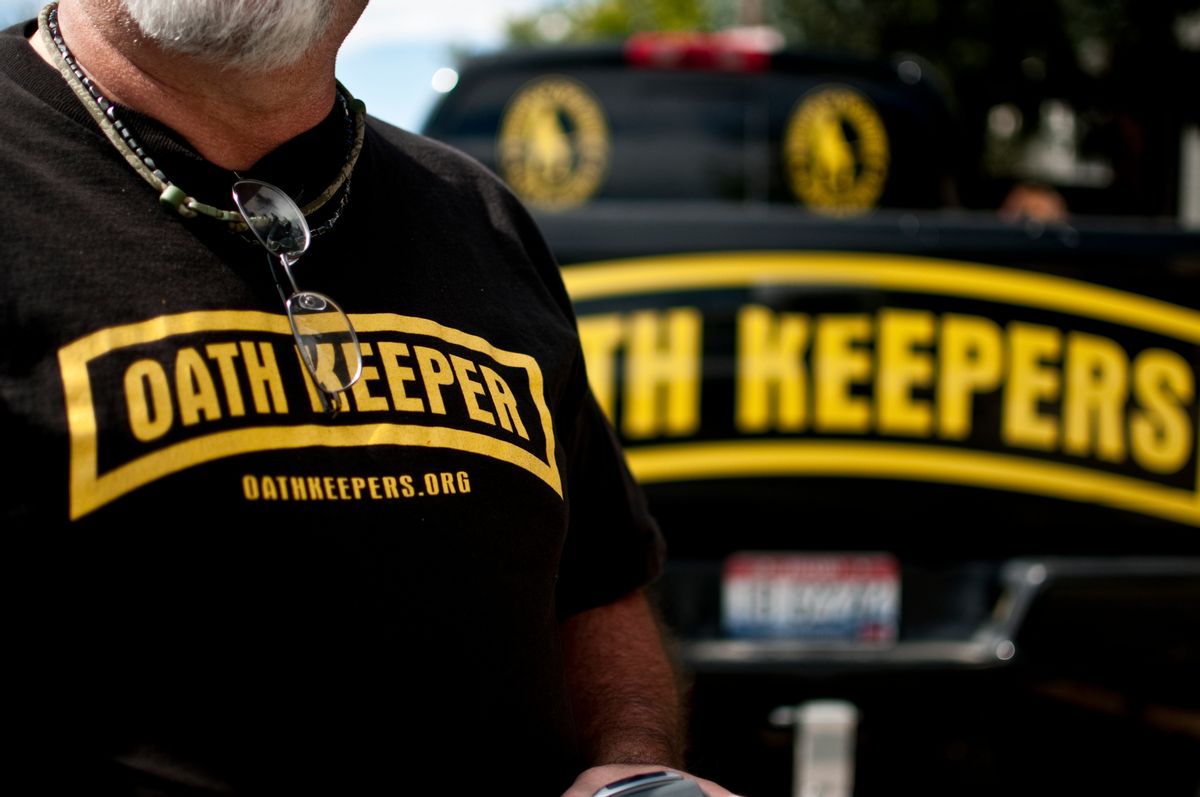 An Oath Keeper from Idaho in Bozeman, Montana, shows off his membership. (William Campbell/Corbis via Getty Images)
--

Four more members of the right-wing Oath Keepers militia have been found guilty on seditious conspiracy charges for their roles in trying to block the peaceful transfer of power during the January 6th riots at the United States Capitol building.

As Cheney notes, in a previous trial many Oath Keepers were found not guilty of the charge, although the government did secure seditious conspiracy convictions of leaders Stewart Rhodes and Kelly Meggs.

In addition to the seditious conspiracy charges, the Oath Keepers were also found guilty of conspiracy to obstruct an official act of Congress and conspiracy to destroy federal property.

This guilty verdict comes at the same time that members of the Proud Boys, a right-wing gang, are also on trial for their role in fomenting the deadly riots at the Capitol that forced lawmakers and their staffs to flee for their lives.

Although the government has prosecuted other Capitol rioters are lesser charges such as illegally parading in a restricted area or assaulting police officers, so far only members of the Proud Boys and Oath Keepers have faced the far more serious charge of seditious conspiracy, which has required prosecutors to show proof of a premeditated plot to disrupt the peaceful transfer of power with the goal of keeping former President Donald Trump in the White House.