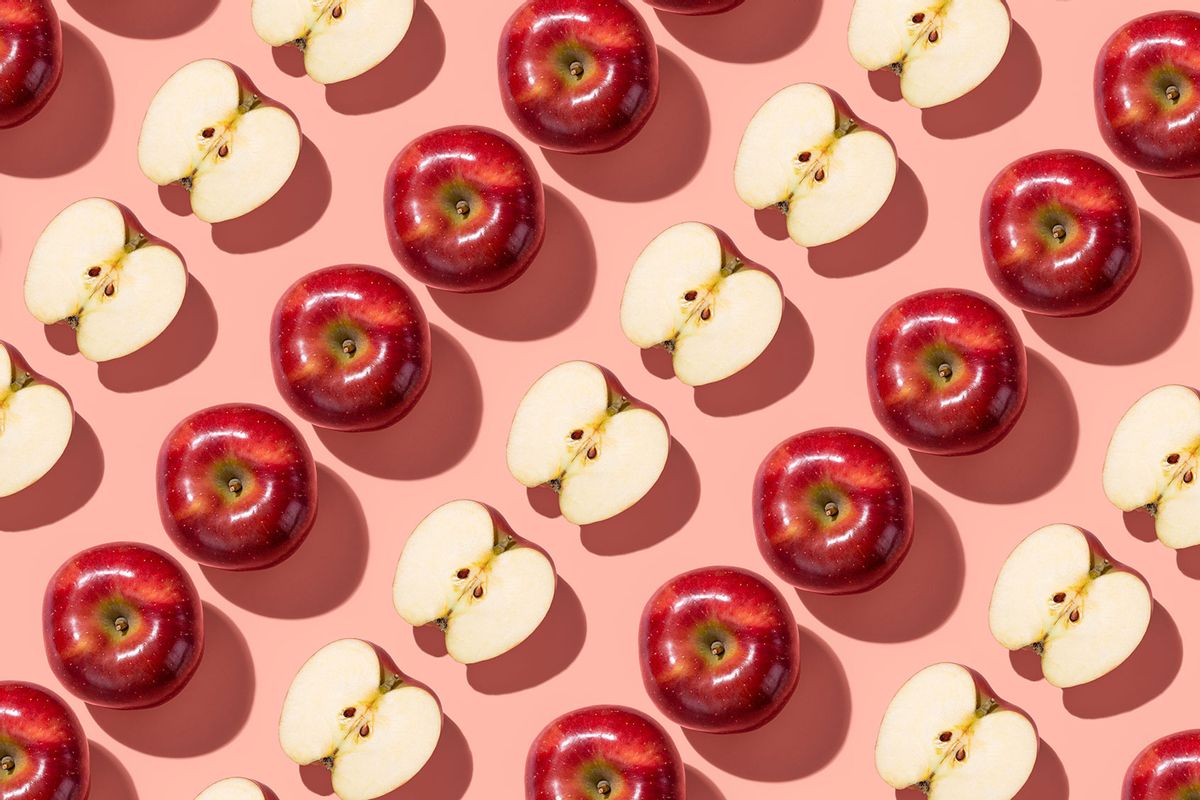 On Boronia Farm, just outside Donnybrook in Western Australia, stands an 80-something-year-old apple tree (Malus domestica) that is at the heart of a global industry.

Boronia Farm's apple tree is now listed in the register of the National Trust, but the woman behind the Lady Williams is not well known. Yet, as her son Bob remembered, Maud Williams was crucial to the story of this tree and the apple it produced.

From the 1930s, Maud, her husband Arthur and their two boys Bob and Ron worked their 12 acres of orchard, with its apples and stone fruit, and 40 cows.

Maud collected ideas for plants to grow, from catalogs and women's magazines, experimenting with her taste for the unusual, remembers her son Ron. Not content with roses and petunias, Maud was instead growing feijoas and hydrangeas.

With her eye for horticultural novelty, it was perhaps not surprising that she identified the very special qualities of the tree with the bright red apples that had sprung up unexpectedly next to the tank stand beside the house.

The fruit was firm and crisp and showed great suitability for long storage, ideal for Australia's export market. The Williams family gathered a good price for their cases of apples grown from this tree, and over time, the family propagated new trees from the original one.

This tree was a chance seedling, a spontaneous creation whose likely parent cultivars were Granny Smith and Rokewood. 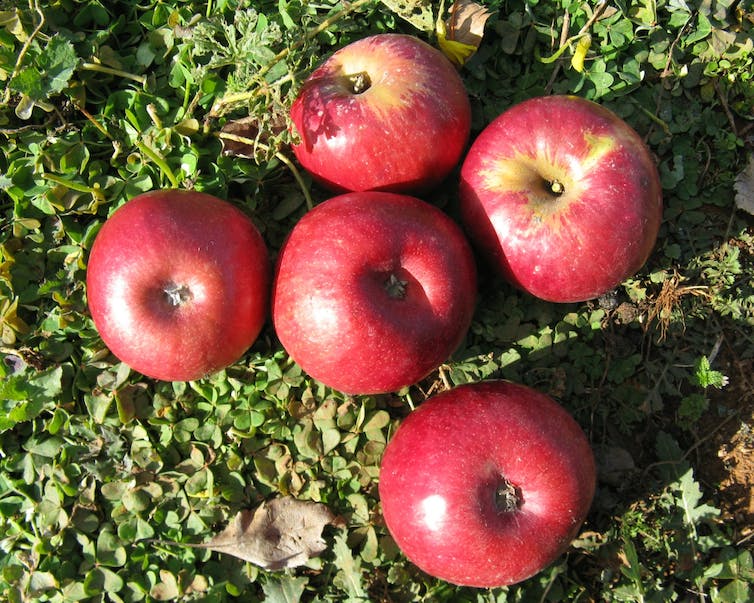 Lady Williams apples would not have become a popular variety without Maud Williams' keen eye for the unusual. Nadiatalent/Wikimedia Commons, CC BY

Apples frequently produce chance seedlings. But for a chance seedling to be put into production and become known as a variety, many factors are involved, not least people who recognize distinctive apples that will have value in their contemporary context.

Only a select few chance seedlings are ever turned into varieties with impact in the orchard industry. For that to happen, there need to be people who make the necessary investment of care, time or funding — just as Maud did.

In its inconvenient location, the unfamiliar apple tree was almost cut down many a time, but it survived thanks to Maud's protection and care. On one occasion, when he almost destroyed it, Bob recalled getting a severe telling-off from his mum, who "stood it up again, bandaged it up and it took off again."

Reflecting Maud's importance in the creation of this new variety, the apple was given the name Lady Williams. This was the name that the little girl, Lynette Green, who lived on a neighboring farm, used for Maud.

Maud's recognition of the qualities of the fruit from this tree — and her initiatives to protect it — were about to enable a remarkable new phase of the Australian apple industry.

Lady Williams apples were introduced commercially in 1968, the same year Maud died. By the early 1970s, the Lady Williams was the subject of attention at the WA Department of Agriculture and its new apple-breeding program. There, a team led by the horticulturalist John Cripps was experimenting with combinations of Lady Williams and Golden Delicious.

In an interview conducted as part of the Apples and Pears Oral History Project in 2010, Cripps reflected that the cross-breeding process involved intensive manual labor, high degrees of dexterity and immense patience, a set of qualities Cripps identified in women technicians.

In 1984, one of the more than 100,000 experimental seedlings produced an attractive fruit; it was bright pink, crisp, flavorsome and long-storing. Cripps had a hand in both its names: the Cripps Pink, and its commercial name, Pink Lady. It was the first apple variety ever to be trademarked. 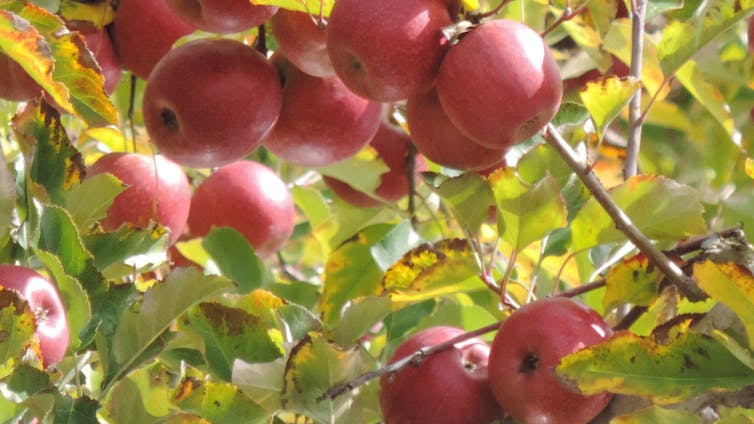 The Pink Lady apple, a variant of the Lady Williams, was the first apple variety to be trademarked. Kerry Raymond/Wikimedia Commons, CC BY

From the same breeding program emerged the Sundowner and more recently, in 1992, the Bravo.

All the world's Lady Williams, Pink Lady, Sundowner and Bravo trees share DNA with the original tree Maud Williams had nurtured many years before.

Women's contributions to the agricultural sector have often occurred, just as Maud's did, outside of professional roles. They do not always fit easily in conventional profiles for innovation and entrepreneurship in agriculture nor into standard narratives of Australia's agricultural development.

Documenting Australian women's activities in agricultural innovation faces considerable challenges. Remarkably, only 30 years ago, women were not able to be recognized as farmers in their own right on Australian census forms.

Making women's activities and innovation visible in this domain is key to providing role models for the future. It will also increase the diversity of participation in Australia's future decision-making about the lands we live and work on.

We may have to look and listen in different places for the histories of these women. What we know so far of Maud's role has been gathered from interviews with her family and members of the local community of which she was part. We can also consider how our histories could become more inclusive by thinking about what constitutes participation and contribution to agricultural innovation more expansively.

There are many women working in the southwest orchard industry today, running the farm businesses, packing apples, testing for new varieties, leading the industry's peak body. They are the inheritors of a dynamic industry that Maud Williams helped to create.