A new report highlights the link between pesticides and climate change 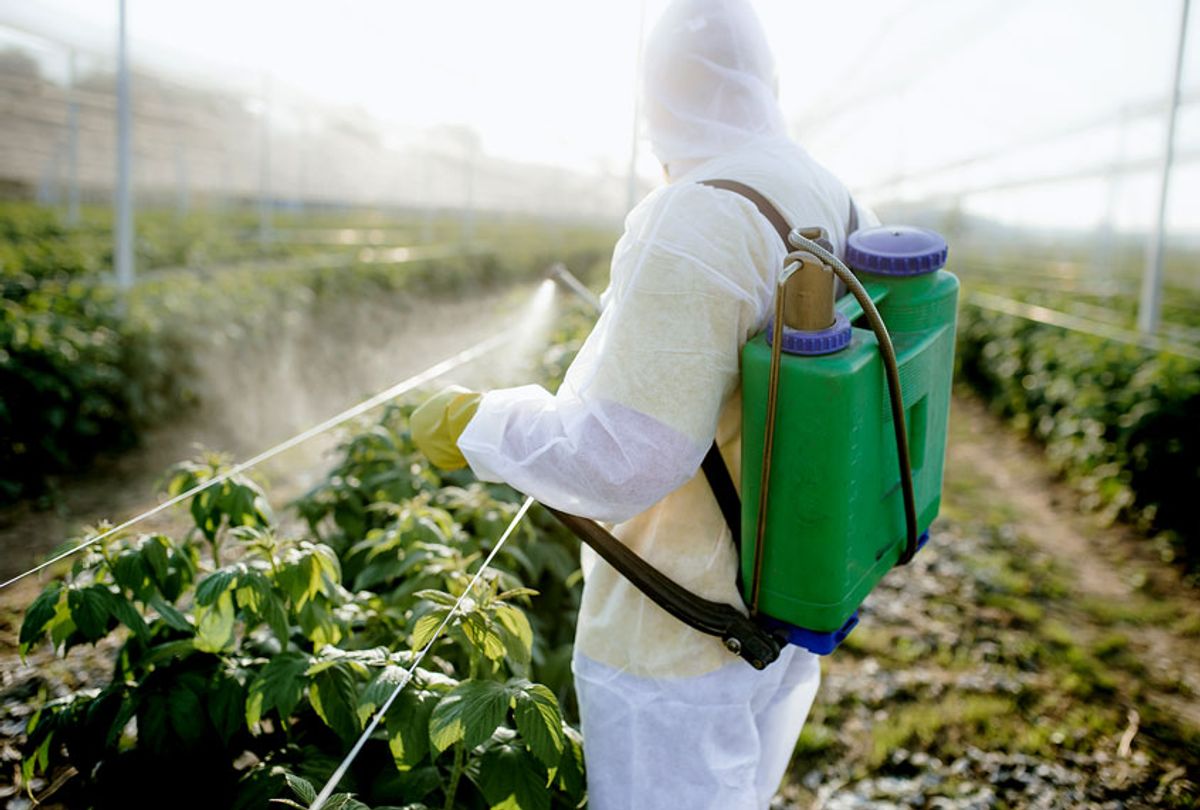 A new study shows that pesticides are a key contributor to climate change, from their manufacturing, transportation, and application, all the way to their degradation and disposal. That's according to researchers at the Pesticide Action Network North America (PANNA), who say that while pesticides have been critical tools in agricultural production, their efficacy is on the decline while climate change exacerbates the need to use more.

According to PANNA, the pesticide-climate change connection is a loop: Pesticides add emissions to the atmosphere that accelerate climate change, warming climates stress agricultural systems and increase the number of pests and insects, requiring more pesticides.

Compared to agriculture chemicals like nitrogen fertilizer, with well-known negative environmental impacts, greenhouse gas emissions from pesticides are understudied and underestimated. Producing one kilogram of pesticide requires, on average, 10 times more energy than one kilogram of nitrogen fertilizer. Some pesticides, like sulfuryl fluoride, used on insects like termites and beetles, are themselves greenhouse gases: emitting one ton of sulfuryl fluoride is the equivalent of emitting nearly 5,000 tons of CO2. Researchers also say that oil and gas companies add to the issue and profit from it: 99 percent of synthetic pesticides are derived from petroleum.

California uses nearly 20% of the pesticides applied annually across the United States. The state grows fewer commodity crops than other regions, but supplies a third of the country's vegetables and two-thirds of the country's fruits and nuts. Because fruits and vegetables have such high value any losses would be significant and expensive – causing California farmers to use nearly five times more pesticides than the national average to avoid losses.

"Over the years, billions of pounds of pesticides have been used in California alone, which can spike greenhouse gas emissions, especially when synthetically made," said Asha Sharma, Organizing Co-Director at PANNA and co-author of the report. "Nearly all – 95% – of California farmers are farming conventionally. Only 5% is organically farmed. With pesticides, this scale is important."

Rising temperatures have led to a drop in crop resilience: heat stress, changing rainfall patterns, and more insect pests in more places creating higher demand for synthetic chemicals and pesticides. Some research reports that less than .01% of pesticides reach target pests, which means the excess chemicals end up on other plants or in the soil, water, and air. Hotter temperatures make this problem worse, vaporizing pesticides into a toxic gas, poisoning those exposed.

Researchers say the solution is agroecology. Agroecological farming emphasizes conservation agriculture, ecological processes that adapt to local conditions, and practices like intercropping, where two or more crops grow  together to increase biodiversity and promote plant health. It also prioritizes the health and decision-making power of farmers and agricultural workers, which has been shown to improve crop yields, profitability, and resilience against climate impacts.

The report says agroecology leads to better public health, improved food security and sovereignty, and enhanced biodiversity and social benefits, such as better cooperation between farmers and communities. Researchers add that a shift across the entire food production system would be costly, but that there are ways to incentivize the transition through subsidies, similar to support for adopting green technology.

"Conventional farming methods don't account for environmental externalities and health costs. Organic food is more expensive because it accounts for those things," Sharma said. "A different system would cost more, yes, but the critical role of government is to make sure that people, regardless of income level, can afford food without pesticides."