Born in Virginia and raised wherever the Navy saw fit to send his family, Dan Johnson currently plies his trade as a writer in Los Angeles. His work has appeared in the LA Times, LA Weekly and LA Downtown News. Dan's weekly 8.72 (via Get Down Town) column focusing on cheap eats and culture in Downtown Los Angeles has just been released as a print anthology. Elsewhere, his "Old Dominion in Song" essay series on Virginia history and popular music can be found online at Pop Matters. In his spare time, Dan is the creator and administrator behind The Skid Row Reader, an experimental textbook geared toward adult literacy programs on Downtown's Skid Row. You can catch up with him online at www.FreeDanJohnson.com. 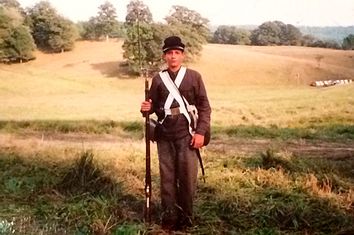