David Feldman is an Emmy award winning American comedy writer and performer. He has written for ABC's Roseanne, HBO's Dennis Miller Live, HBO's Real Time with Bill Maher, Comedy Central's The Daily Show with Jon Stewart, Marty Short, Triumph The Insult Dog Comic, Steve Martin, The Academy Awards as well as countless roasts on Comedy Central. David also appears frequently on Conan O'Brien and Craig Ferguson as well as his own specials for Comedy Central and BBC America. In 2010 David, believe it or not, was a Semi Finalist on Last Comic Standing. David is also featured prominently in the new book "Satiristas" which profiles the most influential standups of the past decade. Feldman began as a standup comic in San Francisco after graduating from Columbia. Some odd years later he moved to Los Angeles where he lives with his wife Teresa and their two children William and Hannah. 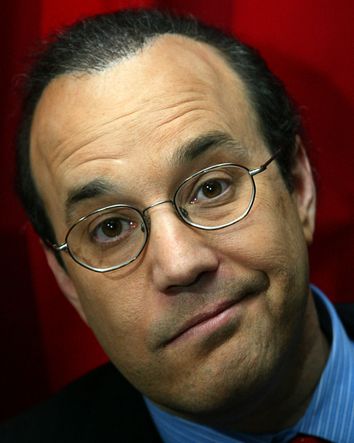 The bully pulpit is filling up David Feldman