Frank Gregory Ford, intelligence agent and medic, was in Iraq for only a short time—from the March 2003 invasion until early June of the same year, when he was falsely declared insane, strapped to a stretcher, drugged, and “renditioned” out of the country in a clandestine operation at the behest of his command in a frantic attempt to silence him. "Midnight in Samarra: The True Story of WMD, Greed and High Crimes in Iraq" (Skyhorse) is Ford’s exclusive firsthand account of what happened when he blew the whistle on theft, torture of prisoners and audacious coverups. He teamed up with critically-acclaimed author Eleanor Cooney to tell his story. 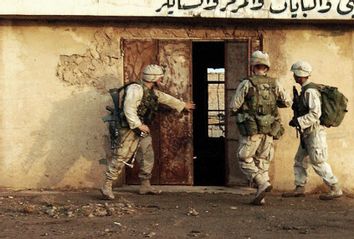 "I know where Saddam Hussein is hiding": What I saw in Iraq right after the 2003 U.S. invasion Frank Gregory Ford
Page: 1