Kristy Shen and Bryce Leung are Canada's youngest retirees, and the founders of Millennial-Revolution.com. They have been featured in The New York Times, CBC, The Huffington Post, CNBC, BNN, Business Insider, and Yahoo Finance. An interview with Shen and Leung is one of the most shared stories in CBC history, and their viral video on CBC's On the Money has garnered 4.5 million views. Shen is a frequent speaker at the yearly Chautauqua financial retreat in Europe and Ecuador, and she will be featured in a documentary about the Financial Independence, Retire Early (FIRE) movement, titled Playing with FIRE, slated to be released in 2019. They are the authors of "Quit Like a Millionaire: No Gimmicks, Luck, or Trust Fund Required." 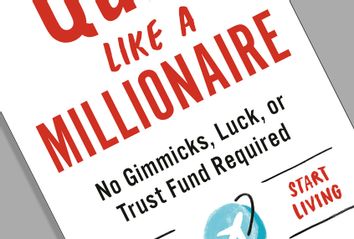 Two heroes of the FIRE movement show you how to steal from Wall Street Kristy Shen
Page: 1