Laura C. Morel is a reporter for Reveal, covering immigration.

She previously was a reporter at the Tampa Bay Times, where she covered criminal justice issues. She was a 2017 finalist for a Livingston Award, which recognizes young journalists, for an investigation with two other reporters into Walmart’s excessive use of police resources.

In 2016, Morel became one of Reveal’s inaugural investigative fellows. The program, aimed at increasing diversity among the ranks of investigative journalists, offers reporters embedded at their home outlets the training and mentoring to pursue an investigative project. Morel’s fellowship project exposed the extent of Florida’s gun theft problem.

Born and raised in Miami, Morel is fluent in Spanish. She is based in St. Petersburg, Florida. 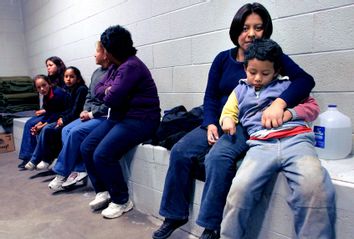