Lucinda Franks is the author of the memoirs TIMELESS: Love, Morgenthau, and Me, and My Father’s Secret War. A former staff writer for The New York Times, she has also written for The New Yorker, The New York Times Magazine, and The Atlantic. She won a Pulitzer Prize for her reporting on the life and death of Diana Oughton, a member of Weatherman. A graduate of Vassar College, Franks lives in New York City with her husband, the former longtime District Attorney for New York County Robert M. Morgenthau. 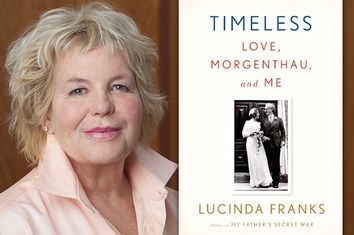 "Do you think I married my father?" Lucinda Franks
Page: 1