Richard Goldstein was the first widely read rock critic, with a column called "Pop Eye" that ran in the Village Voice from 1966 to 1968. The column allowed me to meet most of the major rock stars of the 1960s, and to know some of them quite well, including Janis Joplin and Jim Morrison. After the end of the '60s I began to write about feminism, sexual liberation, and identity politics, tracing the connections between these areas and social and political trends in a series of features and columns for the Voice. I have written recently for The Nation, The Guardian, Harpers, The Atlantic (online), the London Spectator, and other publications. 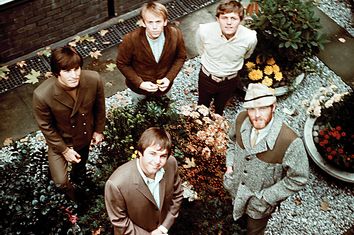 I got high with the Beach Boys: "If I survive this I promise never to do drugs again" Richard Goldstein