She wins bread, he loafs

Raised to be helpless, partial to pipe dreams, this dad sings the praises of the working wife. 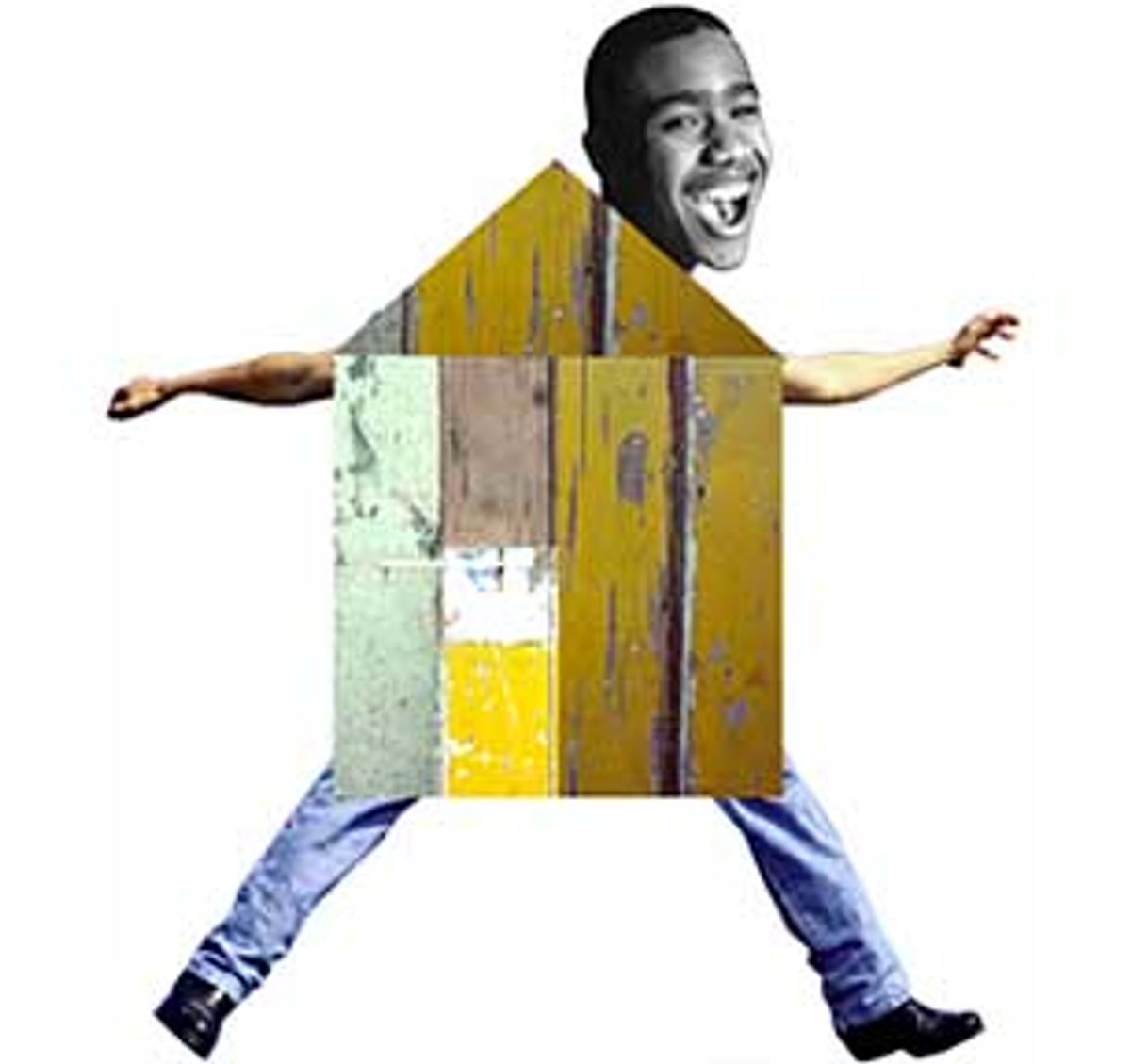 It's Tuesday, 11:30 in the morning. My tennis partner and I are strolling off the courts, past the pool where dozens of one-piece moms tend their toddlers. A voice rings out.

We look across the water to see Sam in a chaise, lounging.

"Hey, Sam, good to see you keeping your nose to the grindstone."

"The secret to life," barks Sam across the deep end, "is a working wife."

The mothers look from Sam to us. We are guilty by association. Sam, you stupid fat-mouth. I could cat-gut him. My partner slowly raises the middle finger of his right hand (these are the kind of guys you end up hanging out with when the wife works). Mothers shield their children. Sam grins stupidly. I skulk away.

The secret to life is a working wife.

Not for every man, mind you, but for a guy like me, her work is key.

See, my boyhood was filled with deprivation. My mother lavished me with love and attention. I was breast-fed white bread -- it wasn't the smartest preparation for late 20th century manhood. She washed my underwear and wiped my nose, ironed my shirts and cut my French toast, single-handedly constructing my cross to bear, systematically depriving me of even a hint of the new world order.

My poor, misguided mother listened to my every whine and whim until I turned 13 and dropped her like a hot potato.

The old man had the life, set the standard. He hit the road by 7 a.m., was back by 7 p.m. Never saw the guy break a sweat. We grunted when we passed each other in the hallway. I understood the program. Dad made the dough-re-mi, Mom did all the shit work.

I survived the '70s and '80s by staying single. When I finally got married, I did it for all the right reasons. Sure, when a screenwriter marries a working woman his friends tend to scoff. "Total mercenary. Just bought himself another 10 years," they say. But he loves her. Yes, he does.

And after her long day at work, who does the laundry? Forgive me.

I did cover my ass, presented my new bride with a very reasonable argument: I'll do my part, but never forget, I have much lower standards than you. When that stopped working, I went out and hired a housekeeper.

Then there's the issue of kids. Suffice it to say that babies pose the single greatest threat to house-husbands across the land. Speaking from the snot-stained thick of it, I say it is best not to linger on the past, the ancient days of the last best sex, but to look ahead to the time that her hormones eventually fall back into line as she regains her place in the car pool lane.

Once there, consider these strategies for successful house-husbandry:

It's the only way I could handle this house-husband stuff. The idea of watching her venture off each morning into a sex-charged corporate world teeming with Armani-suited youth (I'm talking here about guys who actually work out, are hip to Lauryn Hill and have hidden nose hairs) fills me with terror.

Because as every man knows, the real secret to life is protecting your balls.

Rob Ryder is a screenwriter and a basketball consultant to movies who is indeed launching a new professional basketball league.