A novel by the author of "Permanent Midnight" explores the Manson-family side of the Summer of Love. 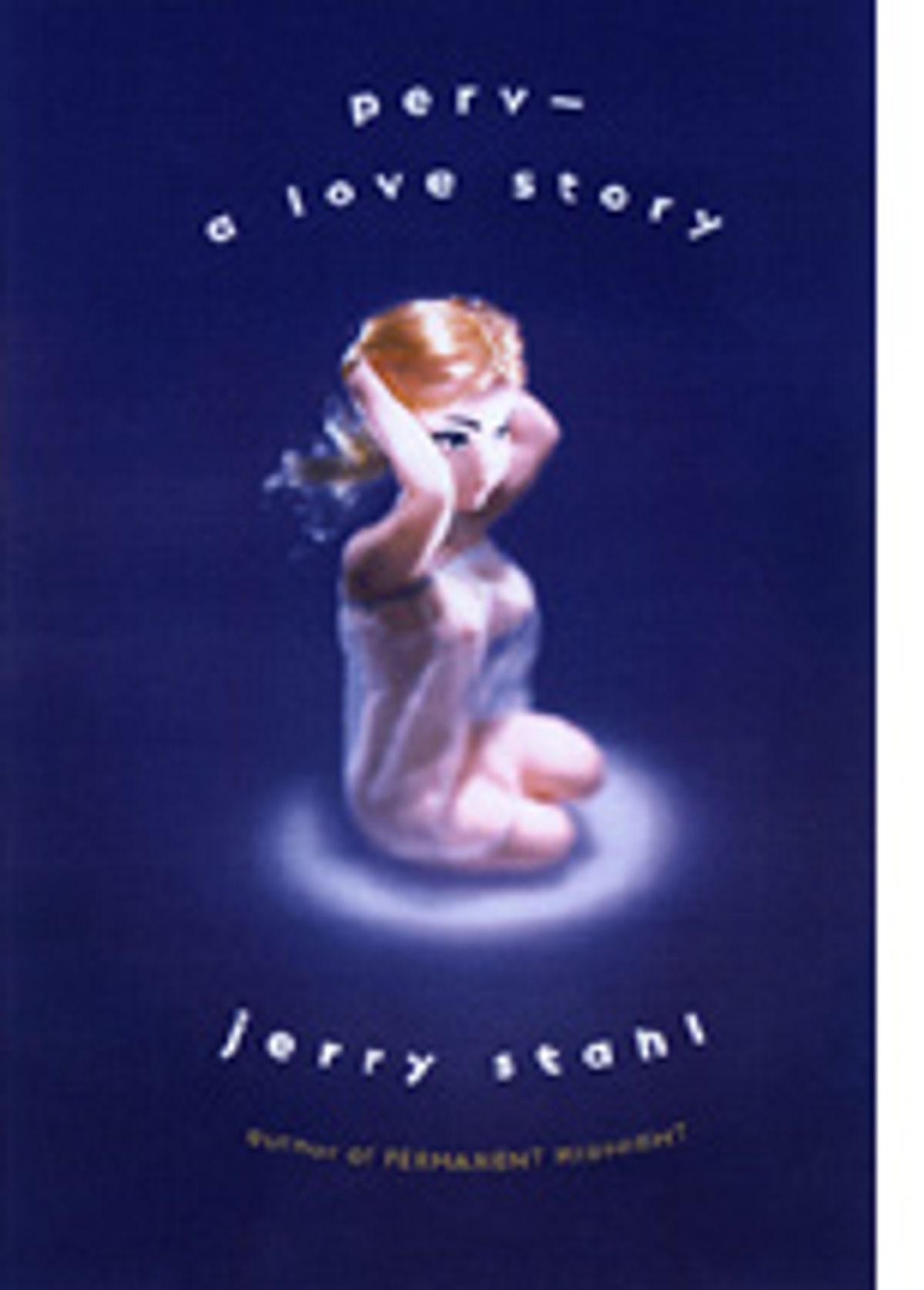 "There was a world out there full of face-painting, bubble-blowing, bra-free girls and boys with flowers in their hair. So what was I doing in a laundry room in Pittsburgh?" Such is the complaint of Bobby Stark, the hapless 15-year-old narrator of Jerry Stahl's debut novel, "Perv." Stahl's grim yet hysterical Hollywood heroin memoir, "Permanent Midnight," revealed that, yes, the people who wrote "Alf" were on drugs. Now, trying his hand at fiction, Stahl employs his Woody Allen-on-smack shtick to take us on a nightmare coming-of-age trip -- imagine the Farrelly Brothers doing "Easy Rider."

The year is 1970, and fatherless, aimless Bobby, who wants nothing more than to be the filling in a hippie love sandwich, is stuck instead in his pill-crazed mom's condo, having been booted out of boarding school for doinking the daughter of a one-armed townie barber and tattoo artist (after being nabbed by the father while searching for a lost condom where a condom shouldn't get lost and then literally getting tattooed by the enraged parent). Back home, Bobby hooks up with his kindergarten crush, Michelle, a lapsed Hare Krishna on her way to San Francisco. Hoping to "de-lame" himself, Bobby impulsively pinches his mom's money and joins Michelle on the road.

Up to this point we've been in "Portnoy's Complaint"/"On the Road" territory, with an angst-ridden, sex-crazed, too-sensitive, too-smart kid wondering, "Could life actually not be hell?" But as soon as the two strike out on their own, the trip turns bad, the wide-eyed beat euphoria veering into '70s Manson-family buzz-kill.

A couple of older longhairs named Meat and Varnish, wired crank-heads in a moving drug warehouse of a car, pick up Bobby and Michelle, and it's on this long, nightmarish ride that Stahl ventures out of shtick and into narrative, the tension ratcheting up far beyond the realm of funny-but-slight set pieces. But once the ride to the Haight-Ashbury dramatically ends, the novel keeps limping along until it runs out of time and steam. And that's too bad, since the dark flip side of the sunny Summer of Love has rarely been captured with such venom and humor.

Even without the dead-on depiction of the period, though, "Perv" would still be worth reading for its wry take on the teenage sensation of being perpetually in the wrong place at the wrong time with the cool kids just around the corner -- the feeling that life is "everything you couldn't see." Is it a great novel? No. Are the characters and situations hilarious and sad, poignant and empathetic? Yes. Although definitely bound to a time, "Perv" is a timeless tale of teenage displacement and, weirdly enough, star-gazing wonder.