Thriving on the edge of tolerance

Events surrounding Yale's National Coming Out Day show that even in an enclave of gay acceptance, bigotry can survive quietly. 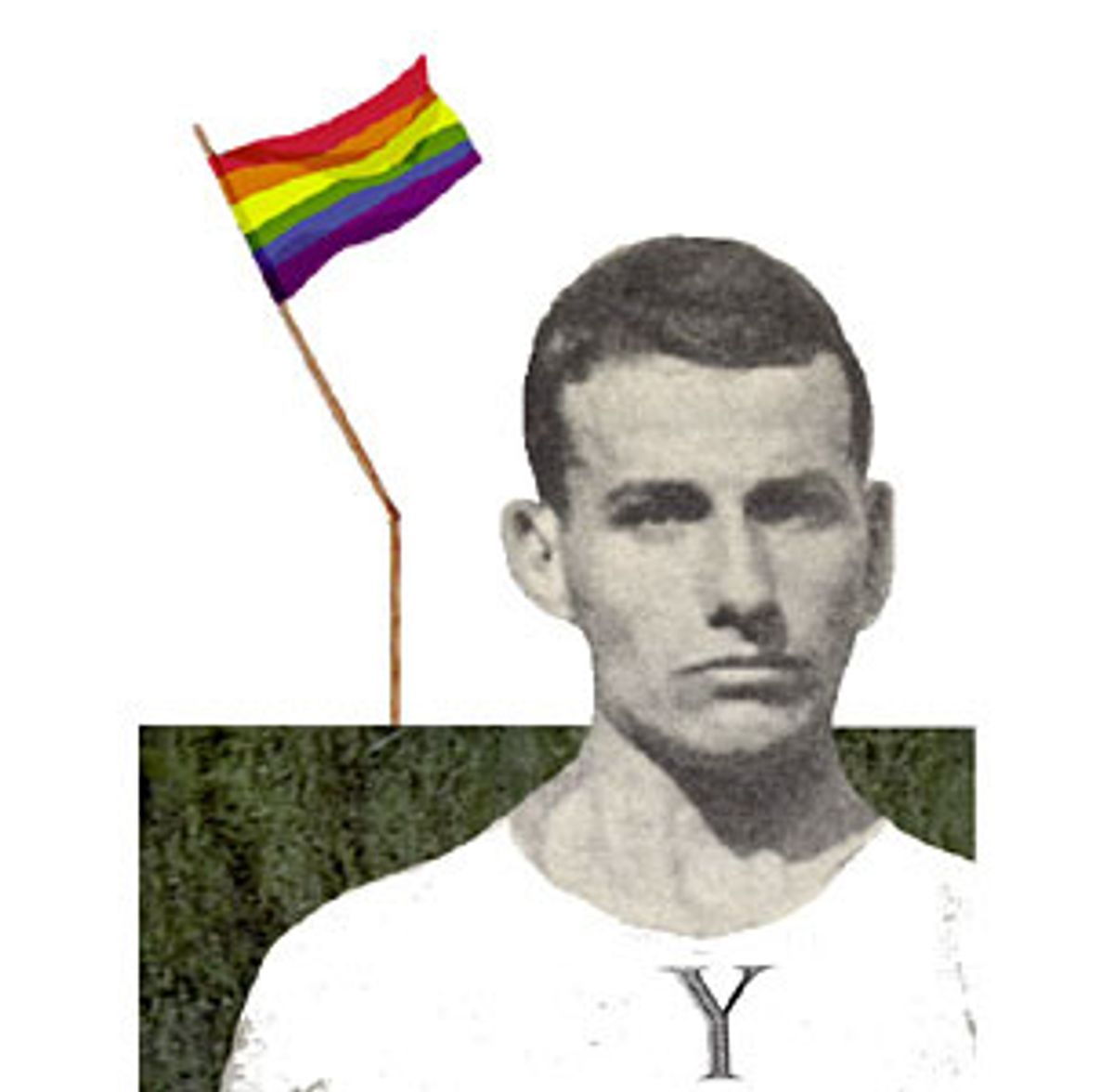 Last week my friend Alex woke up to find graffiti on the hallway across
from his dorm room. One line read: "Cock tastes good!" The next: "Fuck
faggots!"

My college dean sent out an e-mail that afternoon: "We consider such
conduct intolerable ... These hostile and demeaning acts poison the goodwill
and trust that make possible our hard-earned feeling of community." The
Yale Daily News ran a news story about the graffiti along with an
editorial promoting National Coming Out Day, which happened to fall on the
same day.

Although hate speech is rare here at Yale, it's not so rare that one more
outrage will interfere with most people's daily routines. Last semester,
during Yale's Gay Pride Week celebrations, posters advertising "Gay Lust,"
"Gay Avarice" and the rest of the alleged homosexual Seven Deadly Sins
were placed anonymously around campus. And my classmate Katherine Kramer
still says that she feels like she's a target. "I still get called 'dyke'
regularly as I walk down the street," she told me.

Hundreds of students gathered a year ago this week for a vigil in memory
of Matthew Shepard, a fellow college student 2,000 miles away whose
murder was too close for comfort. Hundreds more attend dances sponsored by
the Lesbian/Bi/Gay/Transgendered Co-Op, making these bashes among the most popular
parties on campus. Eight academic departments offer courses on sexuality.
It's hard to imagine a majority-straight environment in America that's
safer and more welcoming for lesbians and gays. "Yale is a fantasy world
that's not reflective of the real world," says one gay student. "We're all
going to be slapped in the face when we leave this place."

Yet for some, the fact that Yale is better than the rest of the world isn't
enough. "Yalies are very tolerant of more mainstream, straight-looking gay
people," Kramer says. "But there's a substantial section of Yale [students] who
don't accept people who look more stereotypically gay or have more radical
views." Describing herself with a smile as a "big-ass butch dyke," she
adds, "People are often uncomfortable around people like me."

Although Yale is famous for being a liberal, queer-positive enclave, I
still hear "gay" used pejoratively, when it's assumed that nobody in the
room is gay. Every so often I hear "fag," mostly as an insult for the
presumed straight.

Last Monday, I stood in the middle of campus with other students wearing white T-shirts and blue jeans, the uniform requested for all students on National Coming Out Day to show support for gays and lesbians. There were only 15 or 20 of us. "You should be embarrassed if you think Yale is an accepting place, yet do nothing to show that you too
are 'accepting,'" wrote Thom Cantey in a campus newspaper. If Cantey saw students not wearing the uniform, he wrote, he would know they were "obvious traitor[s] to the beliefs [they] supposedly hold."

Maybe the kids in red plaid and black jeans were traitors -- or maybe they
just hadn't done their laundry. Or maybe they think that gays are fully
liberated and create too much commotion, or maybe they simply can't be
bothered. In America we condemn bigotry and excuse apathy, but at their
core, are they really all that different?

I find that many straight students here, particularly straight males, take
a not-in-my-backyard view of homosexuality: Sure, be gay; but don't sleep
in the bunk bed above me and for God's sake don't tell me about your lover.
The last time I saw two men holding hands on campus was about a year ago.
The last time I saw a straight couple making out in the courtyard was last
night. Gayness may be a popular slogan here, but it doesn't mean it's a
visible part of the landscape. Learning the appropriate, non-offensive
language is one thing. Living that language is another.

Last Monday, the National Coming Out Day festivities included a sparsely attended same-sex kiss-in. I realized very few people here would scribble profane graffiti on a dorm wall, but just as few would dare participate in a kiss-in that might expose them to the realization that homosexuality (and all the graffiti that goes with it) might be only a kiss away from real life.

My friend Jason Knight remembers coming out publicly last year, at the
vigil following Shepard's murder. "When we came together for that vigil,"
he says, "that was me bearing witness to myself, looking in the mirror and liking what I saw. Finally I was happy for who I was."

I await, with little patience, the day when all of us are just as happy for who he is.

Simon Rodberg is a senior at Yale University.