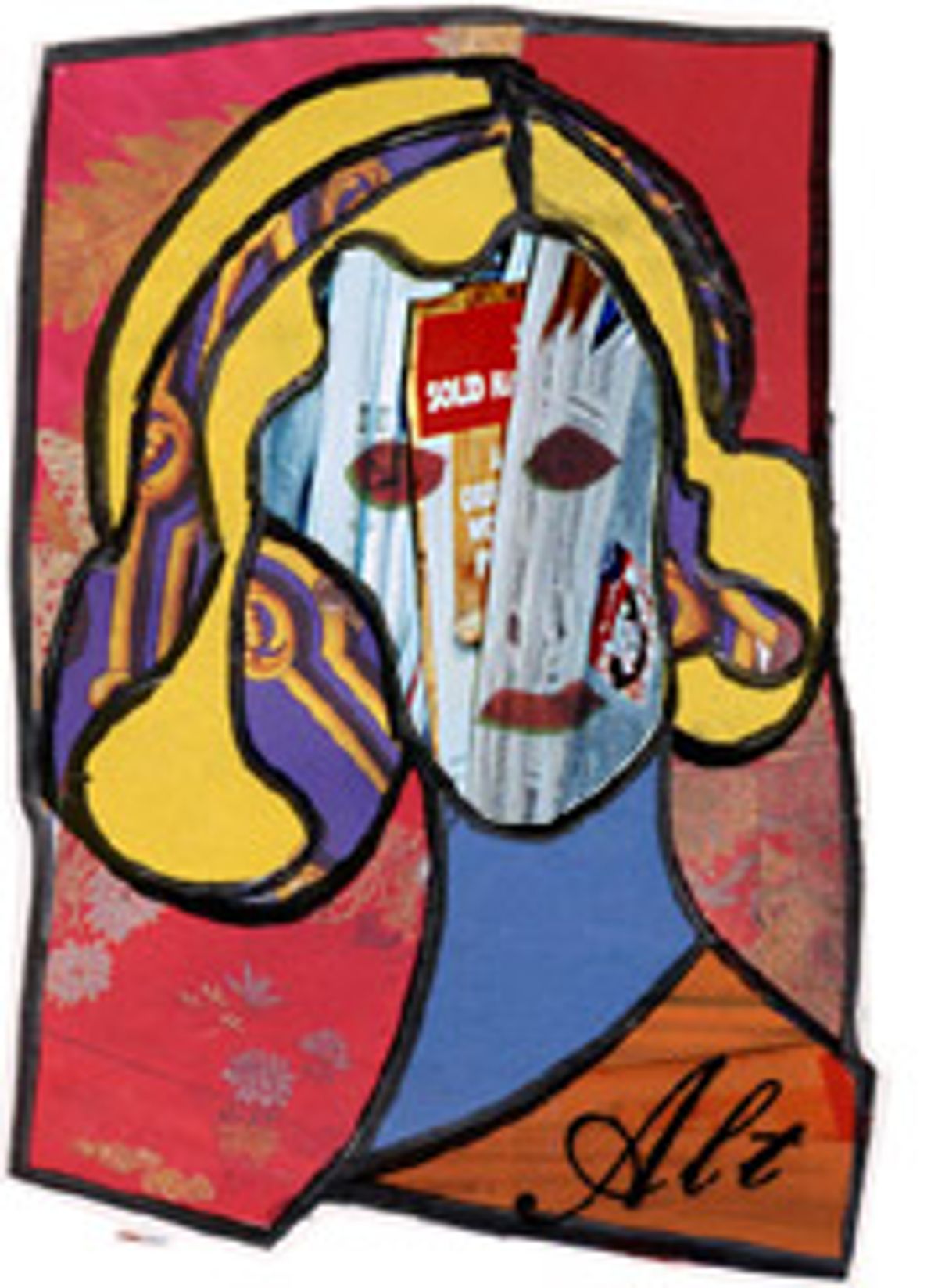 Every morning around 6 a.m., Frank Sennett stares into the glowing screen of his Compaq computer at his home office in Coeur d'Alene, Idaho. His modest goal is to highlight alternative-press coverage of the upcoming election and in the process change the course of mainstream political reporting.

Sennett is the editor of NewCity.com, which functions as a selective portal for the alternative press. He begins each day by scouring the Web sites of New City's 54 affiliates -- an impressive list of alternative newspapers and zines -- for news stories and features to link to. The site's latest addition, Alternative Vote 2000, went live last week. Like NewCity, it's a portal, but focused entirely on the upcoming election. Sennett hopes Alternative Vote will "bring an alternative press-type voice back to the national campaign coverage that we really haven't seen since Rolling Stone made an impact in the '60s and '70s."

While it's no Rolling Stone, Alternative Vote is off to a good start with its small but growing sections on Democrats, Republicans, third parties, key local races, and a hearty list of trend pieces. The stories are local, but as a consequence often delve deeper into the candidates' records. As Sennett points out: "While the stories may be very local, once you put enough of them together, you can get a really good, close-to-the-ground feel for how the campaigns are going. By the time the election comes around, we're going to have several hundred stories."

Some of the best reporting is certain to come from sharpshooting advice columnist Dan Savage, whose gonzo coverage of the Iowa Straw Poll, where Republican candidates basically paid people for their vote, went straight for the throat. "Politicians," Savage wrote, "are prostitutes, as everyone likes to point out, selling themselves and their souls to raise the buckets of money it takes to run for office. But for one day every four years in Iowa, the roles are reversed and it's the voters who are whores."

The Austin Chronicle's George W. coverage is impressive as well. For example, while the big boys and girls were hemming and hawing over George W.'s alleged cocaine use and miraculous fund-raising abilities, the Chronicle was taking a hard and thorough look at the Texas governor's environmental record.

What Savage and many other alternative press reporters do best is cut through the bullshit with honest revelations and old-fashioned investigative journalism. Although some mainstream news sources have pursued important stories, I'm certainly not the first to feel let down by the endless coverage of photo opportunities and the verbatim regurgitation of sound bites being passed off as news these days. Fortunately, Alternative Vote 2000 will be providing us with coverage that's more substantive and straightforward as the big day approaches.

With its fetishized close-up photos of marijuana buds and its declared challenge to mainstream notions of propriety, High Times has done for pot what Hustler did for porn. Where else can you view magnified images of THC? Or read a description as marvelous and silly as this one in praise of the reefer-inspired Louis Armstrong tune "Muggles": "It's a warm, lilting blues tune that passes the melody around like a doobie. The piano lights it up with a flame-like ripple, the trombone tokes, hands it to the clarinet, then over to Pops' trumpet. There's a pause, and then Armstrong hits an upward gliss as the herb kicks in. The tempo takes off and Louis blows strong."

I'm too young to remember it, but apparently High Times lost its way for awhile -- publishing odes to cocaine and features on roller disco. This 25th anniversary special addition leaves no doubt that this buds-worshiping counterculture publication is back on message. In it we find reprints of some of the magazine's greatest hits (an interview with Ozzie Osbourne, "25 Top Grow Tips"). It also features a loving tribute to Armstrong's "lifelong devotion to pot," a centerfold-esque photo spread of "25 Top Strains" and a cartoon version of its own history. And if you're looking to pass your next mandatory drug test, High Times can probably help you out. Major coolness, duuuude.

"Sick to Death of Managed Care" by Jayne Keedle

What sets apart Jayne Keedle's well-written, thoroughly reported piece on the current state of HMO legislation from others of its ilk is it thankfully lacks the perfunctory sob story of some poor soul being refused care and dying as a result. I realize these miserable tales serve to give a human face to what is otherwise a list of statistics and legislative actions. But at least with numbers and laws, there's some hope of making a change. Whereas there's no hope of bringing Dick and Jane, who were refused some test and diagnosed too late, back from the dead.

I have not read Susan Faludi's "Stiffed," nor have I seen Brad Pitt in "Fight Club." These lapses in pop cultural consumption did not, however, stop me from thoroughly enjoying Richard Goldstein's take on the current male gender-identity crises and the origins of masculinity.

"Dozens of stock market gurus think Amazon is a house of cards waiting to collapse, and dozens of frighteningly plausible reasons sustain their fears," reports Bob Geballe. What ramifications, Geballe asks, would such a crash have on Seattle and the world at large? With Amazon's stock prices soaring regardless of its mounting losses, it's an excellent question to be asking. Unfortunately, Geballe spends more time looking at why Amazon could crash than what would happen if it did.

"Sweet rage. Mainline it. It comes on like an amphetamine rush, and with some of the same physical symptoms: the accelerated pulse, the clenched hands, the blurred vision. Venting anger is a high. And as with other highs, you pay for your fun." In this sometimes rambling, often thought-provoking essay, Greg Burk discusses anger in all its forms: from yelling at bad drivers, to domestic violence and high school shootings. His descriptions of participants in a therapy group for domestic batterers are compelling.