"Pu-239 and Other Russian Fantasies" by Ken Kalfus

In his new collection, the author of the kaleidoscopic "Thirst" focuses on a single setting -- Russia. 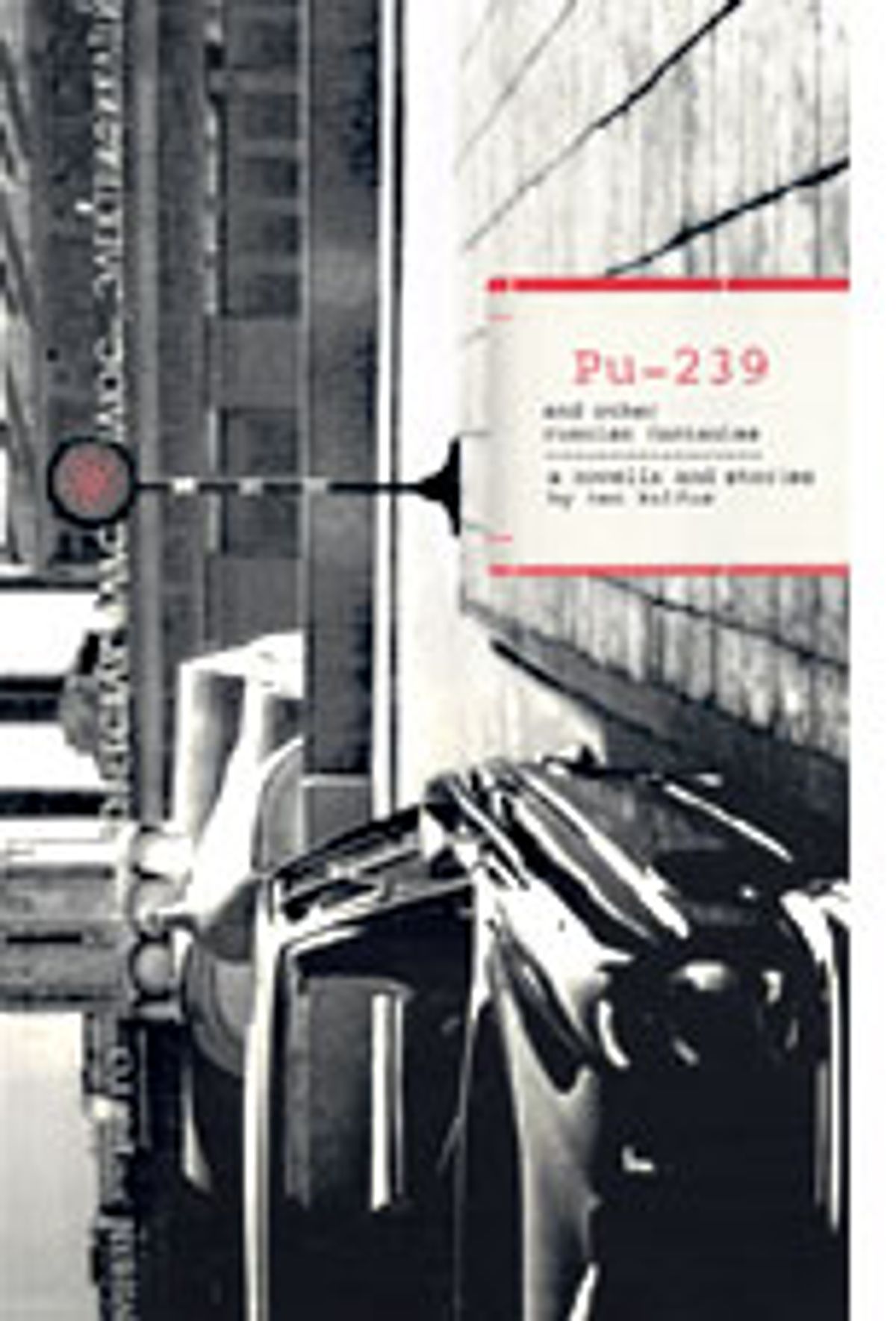 Ken Kalfus' debut, the short-story collection "Thirst," was a literary kaleidoscope, with stories about adultery, baseball, America's consumerist delirium, the Third World's mix of cultural pride and shame, refugees wandering a nameless desert and suburban kids in New Jersey, set variously in Southeast Asia, Paris, New England and the Midwest and written in styles ranging from Borgesian metafiction to domestic realism to hallucinatory quasi-magic realism to a kitschy vamp on Calvino. It was a dazzling virtuoso turn that left critics and readers panting for more but stumped as to what Kalfus might concoct next. In his new collection, the writer has settled on a single nation and, with one exception, a fairly straightforward fictional mode. "Pu-239" is drawn from the four years he spent in Russia -- 1994 to 1998 -- while his wife was working as the Moscow bureau chief for the Philadelphia Inquirer.

Those four years don't seem like a long time at all when you consider how richly Kalfus conveys a sense of Soviet and post-Soviet life in the stories here -- you'd think he'd lived there for decades. Kalfus is that rare writer of fiction whose passages of description feel like action; it's as if he were injecting his readers with a serum that renders them, in a rush, intimately familiar with the texture of the Russian experience. Shoddy hotel lobbies that vainly aspire to the synthetic grandeur of Western Hiltons; dank hallways smelling of boiled cabbage; the living rooms of families paralyzed by the new economy, where the TV set plays constantly and the lady of the house sulks behind a cloud of cheap cigarette smoke; the muddy lanes of a rural village gripped by the cult of Stalin; one particularly memorable outhouse -- these places sometimes seem more vivid than the events Kalfus describes.

That's not necessarily a bad thing. The ending of "Budyonnovsk," in which a small-time street peddler fantasizes that the Chechen rebellion might offer an escape from the grim futility of post-Soviet subsistence, is less the point than the vignettes that lead up to it: the men drinking rotgut vodka in a park where the statues have been stolen for scrap metal; a kiosk where, behind a thick shield of scratched glass, "single exemplars of foreign goods line the shelves, Czech chocolate cherries alongside a box of French tampons, German condoms in taunting juxtaposition with a jar of Polish pickles."

Sometimes, though, the sense of stagnancy Kalfus is so masterly at depicting can feel a bit leaden. His Russia is a place where nothing, it seems, can ever change, and a resident's only option lies in selecting a personal method of accepting the situation. This hopelessness can lead to the pitch-black humor of the title story -- a Russian variation on Robert Aldrich's classic noir film, "Kiss Me Deadly" -- in which a poisoned nuclear technician decides to sell some weapons-grade plutonium on the black market. At other times, his characters just seem crushed. ("Vasya's old enough to know what a real job is, but not old enough to have ever had one.")

Nevertheless, the best of the fiction here manages to kick up some narrative verve. "Salt" is an ingenious, wicked parable that in less than 10 pages more clearly defines the cognitive gap that prevents Russians from understanding capitalism than many far longer works of straightforward economic and political exegesis. And "Peredelkino," the closing novella, about the brief golden days of a libidinous 1960s literary apparatchik, is a fascinating tale of political intrigue as well as a shrewd meditation on the perils of the writer's life. Like "No Grace on the Road," the brilliant, hallucinatory tropical novella in "Thirst" (can the same writer really have penned both?), it hints that the novel Kalfus is reportedly working on may be a page-turner as well as a work of heady descriptive power.

Ah, something at last to look forward to in the next millennium.