"Passage to Juneau: A Sea and Its Meanings" by Jonathan Raban

A stunning account of a sea voyage, and a rare book set in the outdoors that isn't about a disaster. 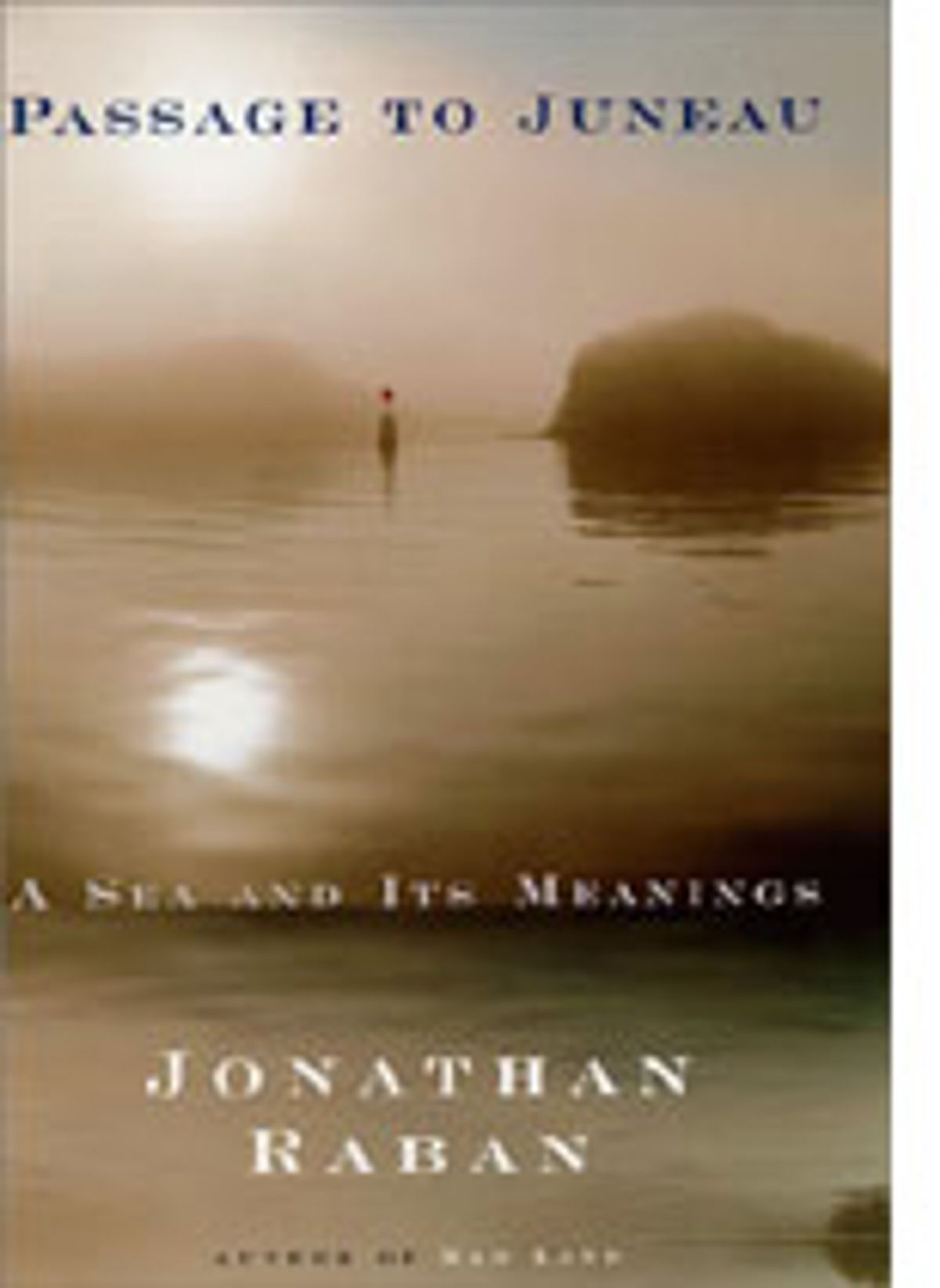 "I'm not a natural sailor, but a timid, weedy, cerebral type, never more out of my element than when I'm at sea," Jonathan Raban admits at the outset of "Passage to Juneau," his multilayered and affecting account of sailing the Inside Passage from Puget Sound to Juneau. "Yet for the last fifteen years, every spare day that I could tease from the calendar has been spent afloat, in a state of undiminished fascination with the sea, its movements and meanings."

You feel that fascination keenly throughout the book, from the breadth and depth of Raban's voracious reading on the subject to the vividness with which he describes the treacherous waters of the Inside Passage, filled as they are with chutes, whirlpools, submerged ledges and rogue floating logs, and subject as well to extreme perturbation by wind and tides. Despite the hazards of the trip, however, "Passage to Juneau" is emphatically not an adventure-gone-wrong thriller, as we've lately come to expect of any work of nonfiction set outdoors. As the subtitle suggests, the book's genesis lay, refreshingly, in contemplation, not survival. "I hoped to ... come to terms, somehow, with the peculiar attraction that draws people to put themselves afloat on the deep, dark, indifferent, cold, and frightening sea," Raban writes. "'Meditation and water are wedded for ever,' wrote Melville. So, for the term of a fishing season, I meant to meditate on the sea, at sea."

Raban, who left his native England for Seattle in 1990 -- in part, at least, because of the superb sailing to be had close by -- won a boatload of awards for his 10th book, "Bad Land," a tale of drought and despair in Montana and North Dakota. In "Passage," his 11th, he packs his 35-foot boat, Whiskey November, bids farewell to his wife and young daughter and sails north, accompanied by a vast and unruly crew of books.

Despite his unrepentant bookishness and the weighty dryness of the subtitle, though, there is nothing timid or weedy about his prose; "Passage" is lively, engaging, fiercely personal and vastly well-informed, filled with history both cultural and natural, tart social observation and entertaining riffs on everything from Wordsworth to Kwakiutl Indian art to the origins of the word "nooky."

Just as "Passage" is not a tale of adventure, neither (and just as refreshingly) is it a pristine lyric in the manner of such Northwest nature writers as Gary Snyder and Barry Lopez. "I found myself an agnostic in their church," writes Raban, who flicks his cigarette butts into the dark, swirling waters and experiences nature largely through his formidable intellect. "But I couldn't join their hymns, and after a few pages I grew restless and began to ache for more profane company."

A better subtitle for the book might be "A Journey and Its Meanings" -- Raban's journey, in which the rougher seas by far are those of the family he has left behind in Seattle and England. He interrupts his project in mid-voyage to travel to England, where his father is dying of cancer, then returns to Seattle, where he detects ominous currents of trouble in his marriage. "Traveling almost always entails infidelity," Raban writes, reflecting on the satisfaction that comes with turning one's back on home and all it stands for -- as if home were a resolute, immobile thing. But home, as he discovers, is anything but static; infidelity cuts both ways.

As vicarious participants in Raban's journey, we have no such cause for concern. When it comes to the marriage of reader and writer, "Passage to Juneau" is true-blue.

Scott Sutherland is a writer in Portland, Maine.