From beautiful eggs come little darlings who simply can't work under these conditions. 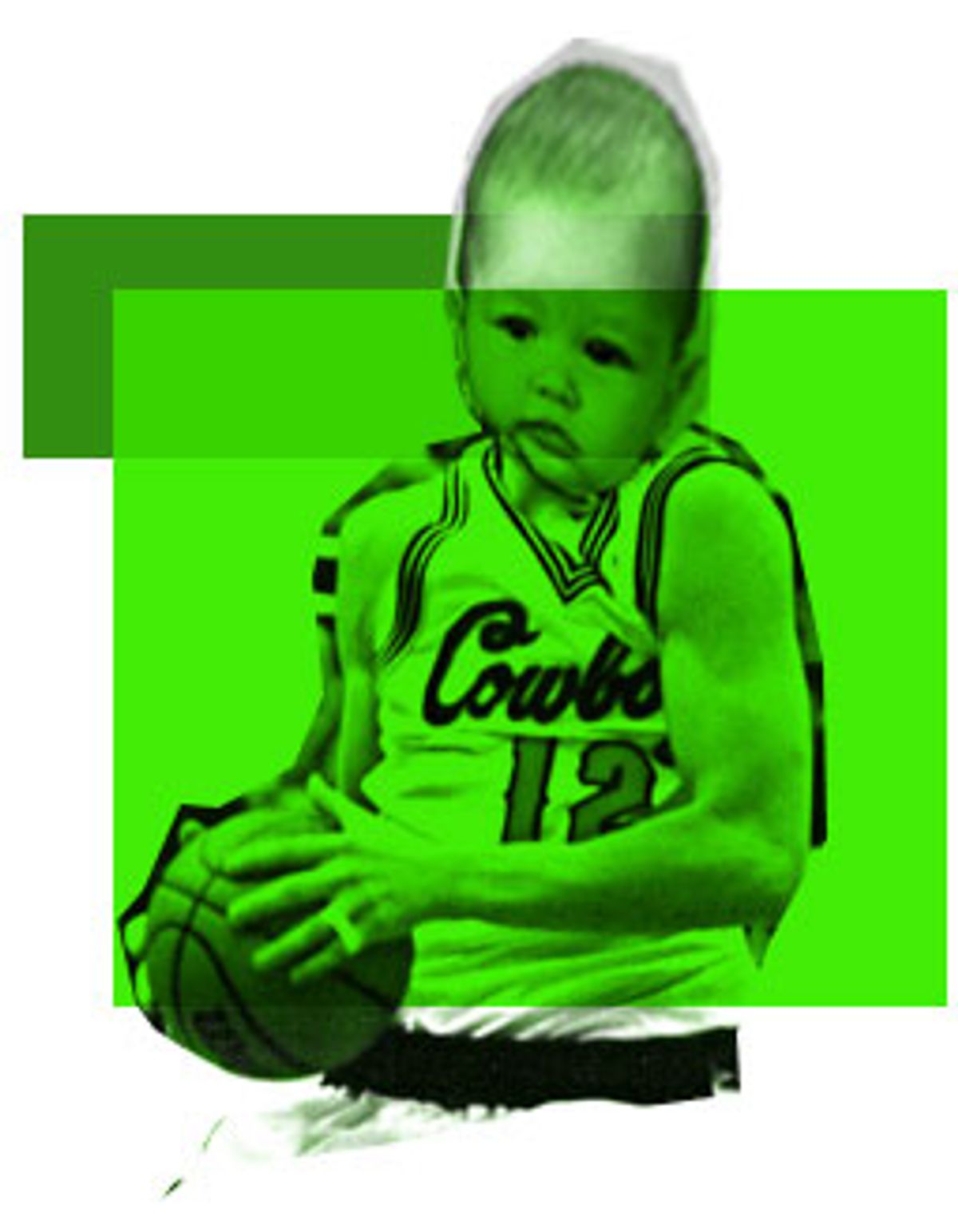 "More than a million people have logged onto a Web site where the eggs of eight models are being auctioned today to parents wishing for beautiful babies." -- Associated Press

Mrs. Elsnore was in a state. Timmy, the baby, had kept her up all night crying about how fat he was. Now Tyler was refusing to put on his soccer uniform until she "showed him the money."

Poor Mrs. Elsnore thought her head would burst. For the third time that morning, she explained to Tyler that it was impossible for his agent to renegotiate his contract (she was quite sure) because Tyler was only 6 and didn't yet have an agent. And for the third time that morning, Tyler howled and lunged for her neck. Gasping for breath, Mrs. Elsnore pried his long fingers from her strangled throat -- my, the child was extraordinarily tall! -- and cried, "That's it! You're suspended!"

Tyler turned an alarming shade of magenta, aimed a long finger in the direction of the baby and hissed, "He tripped me," before skulking off to his room.

Timmy, the baby, looked up blinking from the floor and let out an innocent gurgle. Then he took a long drag from a Marlboro light. Mrs. Elsnore grabbed the cigarette from his chubby hand and tossed it in the sink with the others. She had reached her wits' end. She sank into a chair with a heavy sigh.

It was not that she didn't love the children; she did, as if they were her own. (Of course, if one were to be really fair -- technically, they weren't.) Still, they were her responsibility, or so her attorney had advised, and there was nothing to be done.

Mrs. Elsnore was yanked out of her reverie by a sudden, sharp retching sound. Timmy was throwing up his lunch again. Jumping up, she snatched the spoon from his hand and threw it in the sink with the cigarettes, the coffee grounds and the methamphetamines. The plumber would have to be called. As she wiped the baby's mouth, she shook her bright little head. She simply could not understand it: broccoli and lemon juice! What on earth was fattening about that?

"Oh, Timmy," she sighed. The baby looked back at her languorously -- his big, blank eyes smoldering -- and thrust out his lip. Perhaps she and Mr. Elsnore had been overzealous in their desire to impart a physical advantage to the child. Perhaps the combination of a model's ovum and a recording artist's sperm had been too much.

The baby cast a final come-hither glance in her direction and resumed studying his profile in the reflection of an overturned pot. He certainly was beautiful. Of course, they had been hoping for a girl. A girl who would never have to endure -- as poor Mrs. Elsnore had -- the cruel ignominy of being thought just "cute." She had never forgotten the pang she'd felt reading "The Great Gatsby" when the lovely Daisy Buchanan looked upon her newborn daughter and declared, "I'm glad it's a girl. And I hope she'll be a fool -- that's the best thing a girl can be in this world, a beautiful little fool."

Mrs. Elsnore had been acutely aware of her shortcomings just then, and had vowed to spare her own daughter the pain of reading those lines and thinking herself inadequate. But Timmy had been born a boy, and, in any case, it seemed unlikely he would ever learn to read.

It was just as well.

With Tyler it was different. He took after his father -- not Mr. Elsnore, of course, who was shaped distressingly like an eggplant, but a former NBA center who had fallen upon hard times. Well, the Elsnores had certainly changed that! Five minutes in the bathroom with a skin mag and a plastic cup and the leggy bastard was back on top. They should have known he was a lazy son of a bitch with bad knees and a violent streak. And now here was Tyler: skipping recess, chasing preschool skirts and demanding money before even stepping onto the dodge-ball court.

Mrs. Elsnore wiped a fluttery tear from her eye. This one would be different, she thought. She looked down at her swollen belly and gave it a loving pat. Certainly the child of an astrophysicist and an Internet guru would have a good head on its shoulders. And if the head didn't turn out to be exactly pretty, well, there was nothing that a good surgeon couldn't fix.