The winner of the 1999 Booker Prize is a bleak tale of human and animal misery in post-apartheid South Africa. 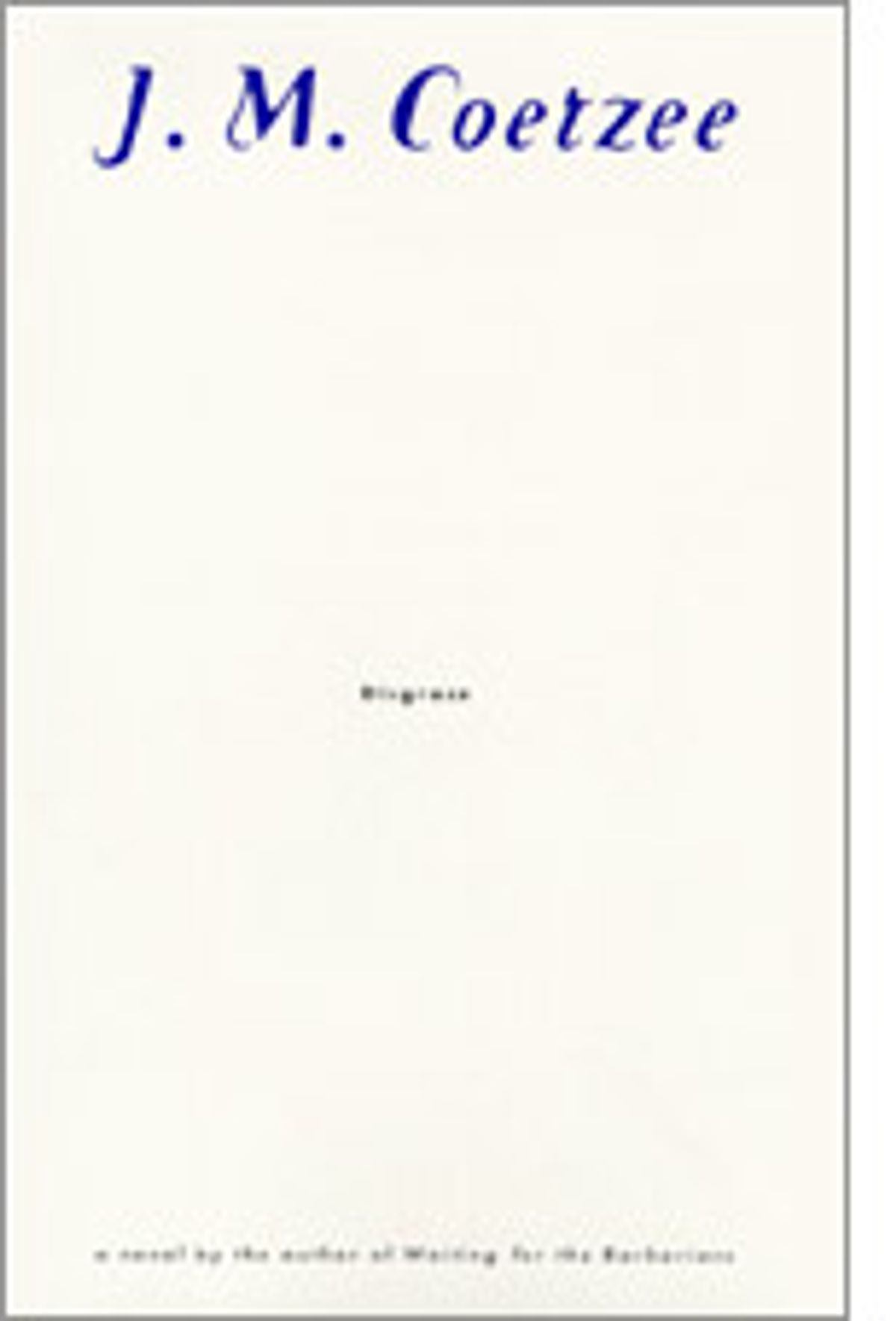 In his sober, searing and even cynical little book "Disgrace," J.M. Coetzee tells us something we all suspect and fear -- that political change can do almost nothing to eliminate human misery. What it can do, he suggests, is reorder it a little and half-accidentally introduce a few new varieties. This view should not surprise any of the great South African novelist's readers. In his early-1980s masterpieces "Waiting for the Barbarians" and "Life & Times of Michael K" -- indeed, in all of his work -- political and historical forces blow through the lives of individuals like nasty weather systems, bringing with them a destruction that is all the more cruel for being impersonal. "Disgrace" is Coetzee's first book to deal explicitly with post-apartheid South Africa, and the picture it paints is a cheerless one that will comfort no one, no matter what race, nationality or viewpoint.

Last month "Disgrace" was awarded the Booker Prize, and it has undeniable echoes of "Michael K," Coetzee's 1983 Booker winner. In both books a man is broken down almost to nothing before he finds some tiny measure of redemption in his forced acceptance of the realities of life and death. But Professor David Lurie, the protagonist of "Disgrace," has farther to fall than Michael K, an unsophisticated Cape Town gardener. And the clarity David comes to at the end grows largely from his accepting an ever-increasing portion of pain. "One gets used to things getting harder; one ceases to be surprised that what used to be as hard as hard can be grows harder yet," he reflects. That sentence also describes Coetzee's notion of life in the new South Africa, where, as he portrays it, brutal tyranny has been replaced by brutal anarchy.

A middle-aged, divorced scholar of Romantic poetry, David would have undoubtedly been a pathetic figure under the old regime -- one imagines an ineffectual white liberal teaching Wordsworth to bored Afrikaners while largely ignoring the atrocities perpetrated in his name. But in the Mandela era, David has become a victim of "the great rationalization": His university has been remade into a technical college, and he teaches courses in "communication skills" that he finds nonsensical. He is such a nonentity that the prostitute he patronizes weekly -- and for whom he has begun buying gifts -- stops receiving him. He imagines her and her colleagues shuddering over him "as one shudders at a cockroach in a washbasin in the middle of the night" and wonders if he can ask his doctor to castrate him as one neuters a domestic animal.

This is the first of the many comparisons of human and animal existence in "Disgrace." Coetzee has always situated his characters in extreme situations that compel them to explore what it means to be human, and before this novel is over, David must endure both psychological abasement and physical torment. But Coetzee has never before asked so clearly what it is not to be human. Later in the novel, after David has fallen into disgrace and fled Cape Town for his daughter Lucy's remote farm, she tells him, "This is the only life there is. Which we share with animals."

If David is reduced at times almost to an animal existence and finally to becoming a caretaker for dying animals, it is the mendacity of language that leads him there. Toward the end of the story, he reflects that the language he and others use has become "tired, friable, eaten from the inside as if by termites" and that he, an expert practitioner, is also hollow, "like a fly-casing in a spiderweb." When he is hauled before an academic tribunal after a misbegotten affair with a student, he refuses to defend himself against charges of sexual harassment. At first he resists the spectacle of public "prurience and sentiment" the committee expects. When he finally blurts out an apology, members of the tribunal refuse to be satisfied, demanding to know whether it reflects his sincere feelings and comes from his heart.

Coetzee seems to be attacking the New Age tyranny of therapeutic discourse here, but David's own language doesn't seem much more trustworthy. He rashly tells his judges that his liaison with the pretty and almost totally passive Melanie transformed him, if only briefly: "I was no longer a fifty-year-old divorci at a loose end. I became a servant of Eros." Readers may well be repelled by David's arrogance, and his conduct with Melanie has fallen only a little short of rape. But judging him is not a simple matter. He is a student of Romanticism whose unrealized ambition is to write a chamber opera about Byron's life in Italy. No matter how little of our sympathy David may command, he has a point: If he genuinely believed his passion for Melanie was the real thing, the flame he had been waiting his whole life to feel, then how could he not pursue her avidly?

There is something fundamentally cryptic and unsummarizable about "Disgrace," but I read it as an almost metaphysical journey from this Romantic variety of love to the harsher, leaner strain David eventually learns from life on and around Lucy's farm. In Coetzee's fiction the stark and beautiful South African countryside has always played a half-allegorical role as both a destructive and a regenerative environment. He certainly can't be accused of sentimentalizing rural life; shortly after David goes to live with Lucy, a stolid lesbian who, like him, seems to have been abandoned by the world, they become victims of a vicious criminal assault that may not be as random as it first appears. Their relations with Petrus, the African farmer who is their nearest neighbor, become increasingly troubled and ambiguous. David volunteers to work for Bev, a friend of Lucy's who runs the local veterinary clinic, and comes to realize that Bev's primary role, in this impoverished land, is not to heal animals but to kill them with as much love and mercy as she can summon.

In the wake of the outrages committed against him and his daughter, David still struggles with language. His angry demands for justice get no response from the overstretched police, and his attempts to confront one of the assailants -- whom Petrus is apparently protecting -- produce only stony silences and baldfaced lies. Lucy seems to understand what David cannot: that to live where she lives she must tolerate brutalization and humiliation and simply keep going. "Perhaps that is what I must learn to accept," she tells her father. "To start at ground level. With nothing ... No cards, no weapons, no property, no rights, no dignity ... Like a dog." If David actually reclaims some dignity by the end of "Disgrace," it is only because he gives up everything, gives up more than a dog ever could -- his daughter, his ideas about justice and language, his dream of the opera on Byron and even the dying animals he has learned to love without reservation, without thought for himself.