Mom-and-pop Web sites are raking it in -- and you can, too. So goes the wisdom of "StrikingItRich.com." 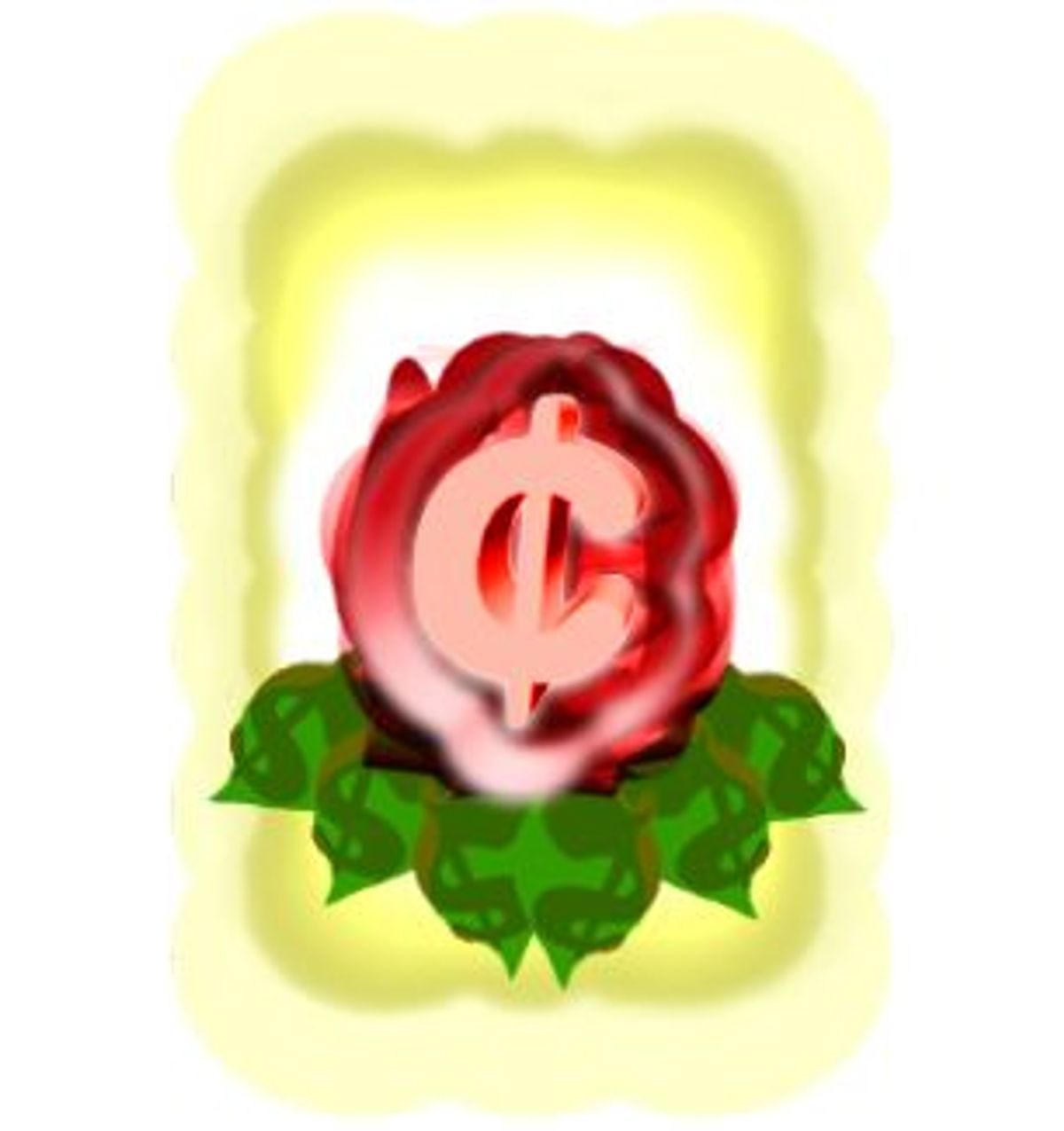 The enormous promise of e-commerce has been more than a little unreliable to date. Despite the thrilling possibilities of setting up shop in cyberspace -- wherein anyone with a modem becomes a potential satisfied customer -- even name-brand megasites like Amazon.com merrily lose money with every sale.

Worse still, a survey of e-commerce victors reveals a decidedly motley bunch: digital pornographers, discount brokers and purveyors of bit-crunching hardware to the already-wired. Where, we may ask, are the opportunities for the rest of us? How might ordinary folks establish viable businesses on the digital frontier while giving wide berth to the unsavory armies of nerds, perverts and day traders who seem to be generating all the online profits?

Jaclyn Easton is a shameless cheerleader for everyman's e-commerce. Her book, "StrikingItRich.com: Profiles of 23 Incredibly Successful Websites You've Probably Never Heard Of," makes the case that there is indeed a place for the rest of us. The age of the Internet, the author asserts, also signals the beginning of a new era of possibility for small proprietorships on the Web -- even straight-ahead, main-street style businesses your mother might understand without dying of embarrassment.

The problem is, Easton weaves her thesis out of hindsight. And given that the drama of e-commerce is unfolding at this very moment on the mercurial World Wide Web -- where the state of the art is revised 10 times daily and the future giddily approaches with disorienting speed and violence -- this doesn't strike me as a very compelling exercise. But no matter; there are many would-be Internet prospectors out there in the heartland, all eager to start on the road to e-riches. Easton offers them a record of the promises of electronic commerce fulfilled, and for people of modest means at that.

As the subtitle suggests, the book is organized as series of case studies of small, successful commercial Web sites -- think of it as e-commerce's answer to "Profiles in Courage." Online computer companies and adult sites have been explicitly disqualified from consideration -- you'll find no Gateway or NakedChix.com -- as have the corporate leviathans of financial services and such.

Instead, the reader is led through a gallery of wholesome, mom-and-pop online triumphs: AskTheBuilder.com, a dispenser of guidance for the home-improvement crowd; DiscountGames.com, supplying the Dungeons-and-Dragons underworld with the latest role-playing fantasies; Long Island Hot Tubs, selling hot tubs (what else?) on, uh, Long Island; and Tape.com, a company born after the founder's commercial postings on Usenet incited an angry newsgroup participant to flame him with a viable business plan (a story so delightfully perverse as to nearly redeem this book on its own).

In addition to the 23 profiles, the author also makes an effort to identify the commonalities in these success stories: the leveraging of existing expertise, for instance, or building trust with customers, or good old intuition (nice try, but even the most callow reader will discern there's no formula to this one). In addition, there's a fair amount of trade lore here, including a timely glossary of terms, from the lexicon of the webmaster (URLs, meta tags, banner ads) to the banter of the Internet marketeer (page views, click-throughs, Yahoos). Throughout, the author seems to make every effort to kick-start her readers' e-commercial dreams.

By book's end, only the most hard-boiled and skeptical will be able to withhold their enthusiasm for the cuddly, homespun e-commerce enterprises Easton so lovingly catalogs. With its relentlessly upbeat tempo, "StrikingItRich.com" is a potent homily for those who seek to accelerate their personal e-commerce ambitions to escape velocity. Indeed, a part of me feels sheepish in leveling any real criticism at this book; after all, optimism is a delicate and precious resource -- though in curious over-supply on the Internet these days -- and it seems churlish to point out that a survey of past successes for some might conversely be considered a survey of missed opportunity for others. One can make a compelling case that this book only tells the reader where the undiscovered cybergold isn't.

Ultimately, I have mixed feelings about "StrikingItRich.com": On one hand, I'm grateful that anybody went to the trouble of excavating the small success stories from the infuriatingly uneven terrain of e-commerce. On the other, I'm a little resentful of the unabashedly uncritical tone, which for me was ever so slightly redolent of late-night get-rich-quick infomercials and Amway come-ons. If nothing else, the very fact that this book made it to press is suspicious enough, as it implies a vast and ready audience; could it be there are already hoards of unprofitable dot-coms out in Net-land at this very moment, all scratching their heads and asking, "Hey, is anybody getting rich?" The appearance of this book might suggest so.

Personally, I'm much more interested in e-commerce failures -- a potentially more fruitful field of study, as there are so many more of them -- but that would almost certainly be a much heavier book than this one, and with decidedly less commercial appeal given the current climate of rampant e-enthusiasm. But, Easton's boosterism notwithstanding, doing business on the digital frontier is still more parts danger than fortune; a storybook of happy e-commerce endings may not be the best preparation for the uninitiated.