Beck's bad, but he's not evil. 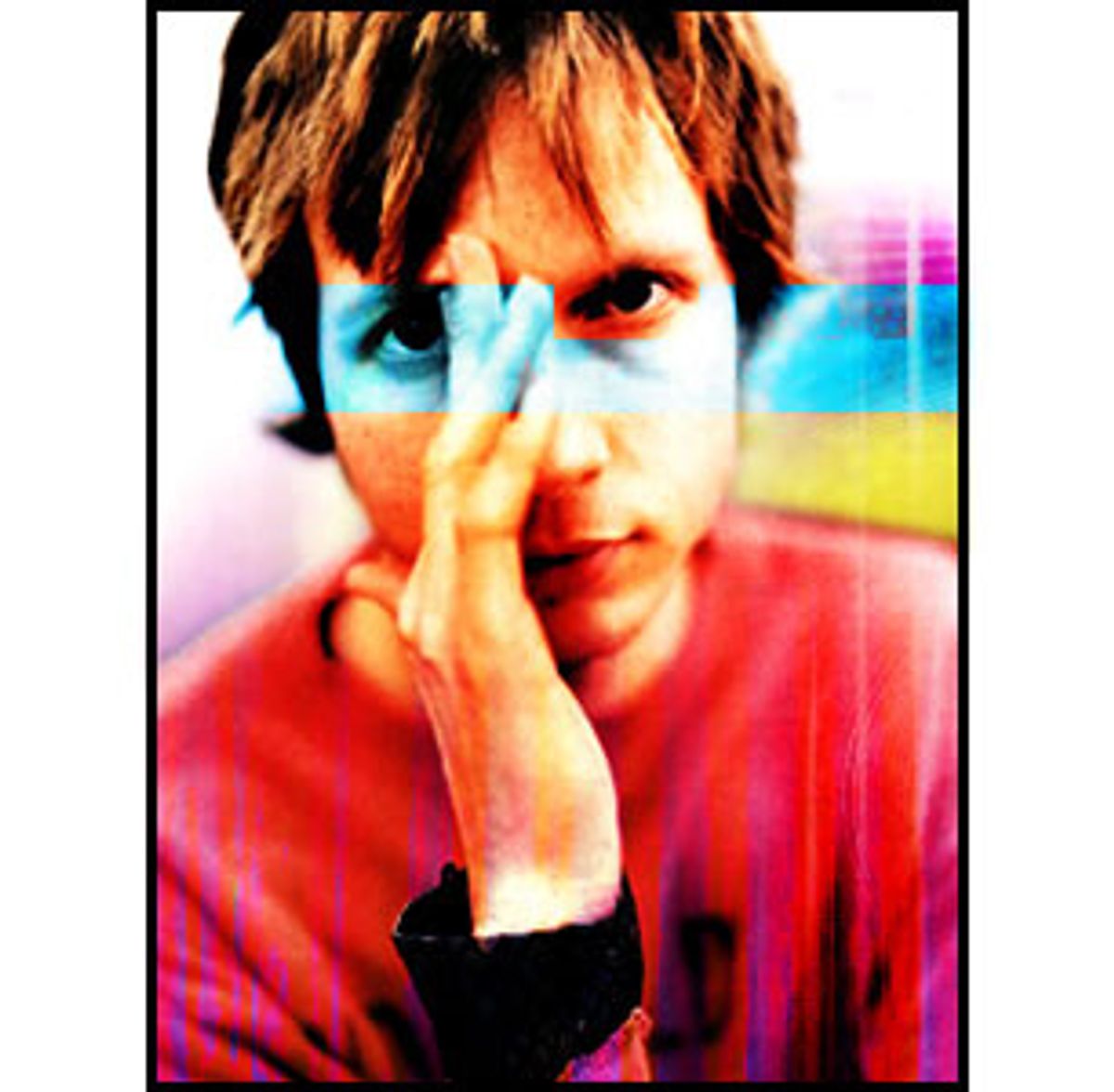 Beck's "Midnite Vultures" is so straightforward in its gorgeous wickedness that, like the silvery inside-out skin left behind by a restless snake, it ends up seeming nakedly honest. "I wanna get with you," coos the nocturnal seducer on the album's closer, his love potion trickling like a morphine drip, "and your sister/I think her name's Debra?"

So he loses half a point for failing to double-check the sister's name ahead of time -- nobody's perfect. While other Don Juans worm their way into a girl's knickers by promising undying love and then forget to call the next day, Beck's revolving pantheon of love gods speak of their desires in the most unvarnished terms.

His equal-opportunity satyrs expect the women they're pursuing to do the same. "Did you ever let a cowboy sit on your lap?" Beck asks coquettishly on "Broken Train." And once the idea has been planted, it's hard for a woman to shake it. Who's got the dirty mind here?

The sideways heir to Prince, a footman to the gloss and glory of Kenny Gamble and Leon Huff, a cherub who'd be happy to spend eternity basking in the glow of a Stax horn section, a too-skinny and ineffably white Barry White who seems to make himself sexy by sheer willpower, Beck has forged his blackest album yet, one that vibrates in the open space between parody and homage but never lingers too long in the safety zone of either.

It's a tough trick to pull off, but Beck makes it work beautifully. "Midnite Vultures" bears more resemblance to "Odelay" (1996) than it does to any other Beck record. "Vultures" is a multilayered patchwork of sound, lush with embroidery in the form of bright, shiny horn cuts, quivering guitars, rock-steady synthesized drums and mysterious outer-space noises. It's a far less pensive, less organic record than "Mutations," which itself may go down in history as a better album, in terms of subtle craftsmanship and depth, than "Odelay," thrilling as that record is.

But the stark difference between this record and the last one is part of what's wonderful about it. When I put all six of Beck's albums together in a little pile, I feel I have a collection -- a gathering of things that are of a piece, similar in quality and yet each marvelously distinct, like an array of seashells or hats or matchbooks. I haven't nearly had my fill of record No. 6, and yet I'm already starting to wonder what the seventh will be like, and how it will fit into the context of the others.

In answer to rock 'n' roll fans who claim there's nothing new under the sun, that every new record is a recycled recombination of all the old elements, "Midnite Vultures" offers the final, ultimate response: "Yeah. And so what?" But Beck's confidence can't be mistaken for arrogance. He may mine the thrift-store aesthetic, but he doesn't act like he invented it. The thing that makes him great is his ability to merge bits and pieces of anything that strikes his fancy, putting every element in its proper place, getting you to see how it simply makes sense for each piece to be exactly where it is.

On "Midnite Vultures" you hear him reckoning with P-Funk, psychedelia, "The White Album"-era Beatles and about 342 other references -- in short, anything he can get his mitts on. One of the strangest elements of "Midnite Vultures" is the quiet surfacing of reverence for '80s electropop in songs like "Get Real Paid." Is Beck rushing nostalgia a bit? Possibly. But those flourishes of primitive-sounding Kraftwerk-style synthesizers feel somehow right, just as in fashion a certain oddball color (eggplant, chartreuse) can suddenly feel perfectly correct for a given season.

Their correctness aside, there's just no getting away from the deeply pleasurable vibe of the songs on "Midnite Vultures." As much as I want more of the hellfire banjo picking that slips in at the close of "Sexx Laws," when the steady bass thrum of "Nicotine & Gravy" kicks in on the next song, I'm ready to move on.

I never even stop to think what kind of singer Beck is; he can talk his way into and out of anything, so his limitations (not much range there, even with his new falsetto) end up being inconsequential. And you always have to consider how he says what he says, which lines he chooses to punctuate with a nasty laugh or sigh that catches in his throat. Then again, look at his material. You'd have to be a numskull to muck up the embedded eroticism of lines like "I'll feed you fruit that don't exist/I'll leave graffiti where you've never been kissed." (Kilroy was where?)

Beck isn't always a benevolent presence. But when he serves up derision, as he does in "Hlwd. Freaks" -- a slinky meditation on the shallowness of making the scene -- he wraps it in satin first. The rap that wends its way through the song ("Satin sheets/Tropical oils/Turn up the heat till the swimming pool boils/Let off the neighbors/Read it in the papers/Making all those gentlemen cry realistic tears") is so silky that it draws us right in, instead of simply asking us to pass judgment.

Beck may be appalled by falseness and artifice, but he's also human enough to understand how seductive it is. When he purrs, "Yeah, I'm mixing business with leather," he's reprising a line he's already introduced in a previous number, repeating a joke that's too good to waste on one song. It's as if he's hyperaware of his own coolness, knowing how easily he could slip over that line into annoying unbearability.

It's possible that someday he will. But right now I can't begin to imagine it. That may be the result of falling in love with one Beck song after another, on one album after another. Part of the attraction, admittedly, is that the rogues he plays aren't completely trustworthy. He's the friendly stranger in the black sedan, won't you hop inside his car? On the swimmy, glimmery "Beautiful Way," when he murmurs the words, "Ooh, such a beautiful way to break your heart," he makes you believe that even bad behavior can have its own kind of beauty.

"Midnite Vultures" takes us to a place of eerie-looking night-blooming orchids, serpents that slip into places they shouldn't be, fruit that's poised exactly between bitter and sweet. If it's sometimes kind of a scary place, it's a wondrous one, too. An alternate title for "Midnite Vultures" might have been "Midnite in the Garden of the Bodaciously Good." There may be badness here. But there's not a touch of evil.