Where evil has a modem and looks like black calamari. 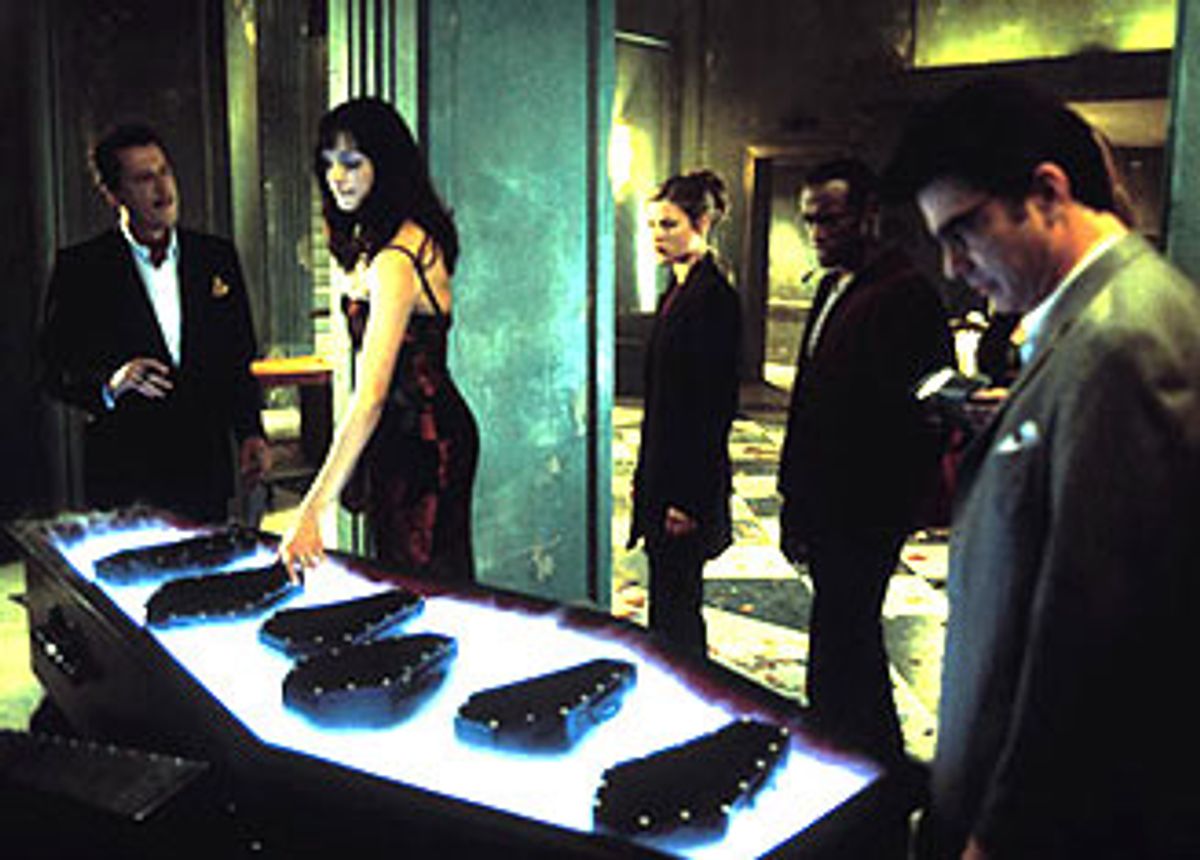 I would rather feed Jesse Helms a rancid peanut butter sandwich, and then have him slowly lick my face off, than sit through "House on Haunted Hill" again.

"House on Haunted Hill," a remake of a 1958 William Castle movie, stars Geoffrey Rush and some other people, all of whom must have asked the Godfather for a favor years ago and had to pay him back by being in this film. I can't forgive Rush. What the hell was he thinking? He was terrific as the piano-playing weirdo in "Shine." As a career choice, this was a pantload of stupidity.

It would be pointless to critique the plot, which revolves around an eccentric millionaire who offers six strangers $1 million each if they can make it through the night in a scary house that used to be an insane asylum. Instead, here are some things I learned from "House on Haunted Hill." For the full effect, print this out, put it through a shredder and read the resulting bits of paper while repeatedly trying to close a door on your head.

On a serious note: What ever happened to pacing in horror movies? The first "Alien" movie was scary as hell because it started off quietly, establishing a sense of "normal" life on a big spaceship. The characters were subtly developed and interesting. The tension built slowly. "The Shining" is another example of good pacing. People slowly going crazy are scary, and if they're family members you love and trust, it's much scarier.

More importantly, in "Alien," you never saw the entire monster. Things that you can't see are scarier than the things you can. That's why the monster lives in the closet, and not on your bedside table right next to the Snoopy lamp. In the third "Alien," they showed every detail of the monster until it had the horrific effect of a plastic Taco Bell giveaway figurine.

People who are crazy from the beginning of the movie aren't scary. There's nothing to suspect, nothing to be tense about except maybe when they will eventually crack, and these days most scary movies telegraph each moment of approaching horror so clearly that they lose their effect. If the movie never makes you feel anything for the characters, they're even less scary. I don't give a damn how creatively you kill them. They're as expendable to the audience as they were to the screenwriter.

Here's an example of how "House on Haunted Hill," which was directed by William Malone, defined a character. Early on while people were arriving at the haunted asylum, they started introducing themselves. One of them was a bratty blond girl with a video camera. When it was her turn, she said, "I'm so-and-so. I am a filmmaker -- OK, I used to be a filmmaker. I lost my job, so now I'm going to break back into show business by filming something really freaky for 'World's Scariest Home Videos.'"

Actually, I kind of wish real life were that expository. It would be great if, when meeting someone, they said things like "Hi, I'm Tina Carruthers. I am a marketing drone and my job bores the crap out of me, but I am adrift in immoral capitalism. I will pretend to like you to get your money, and then I'll go slag you to my pals."

I wonder if Jesse Helms would prefer Skippy or Jif?

Sarah Beach is a writer living in Berkeley, Calif.