Can cheaters be choosers?

He stopped sleeping with my best friend because she got too demanding. What does that say about me? 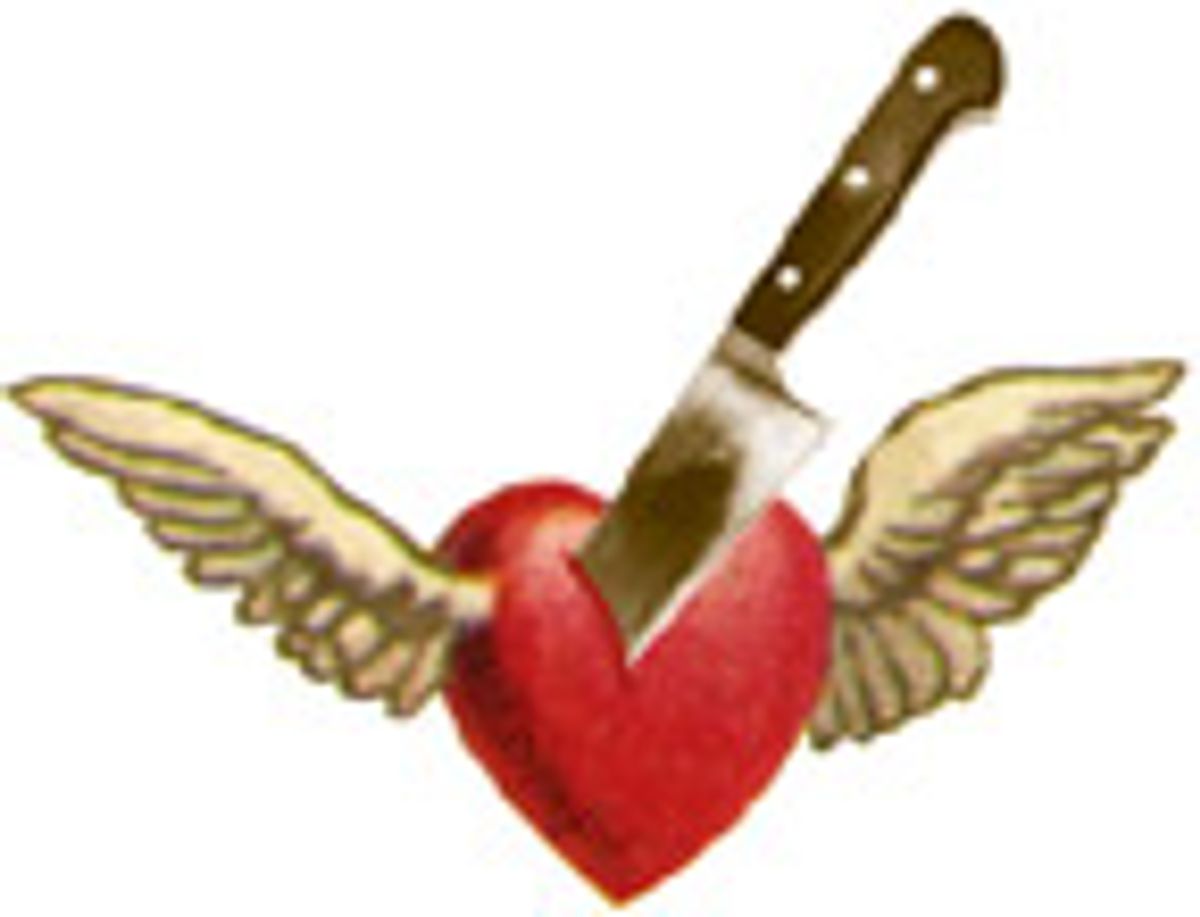 The day I met him, I was going on a date with his roommate. I was on the rebound, bored and looking for something new. I looked into Danny's eyes and the roommate was quickly forgotten. Later we both admitted that we weren't looking for a relationship, yet we couldn't imagine being apart.

For nine months, I drove 200 miles round-trip to see him about four times a month. He sometimes took the train. Our phone bills were insane. We finally agreed it just made more sense for us to move in together. (The roommate left a month later.)

Less than three weeks after that, we found out that I was pregnant. Believe it or not, we were thrilled. We had planned to marry eventually, we agreed that we would just move the date until after the baby was born. We had a beautiful baby girl.

I guess that is where the trouble began.

A week after the baby was born, Danny and I agreed that he needed to get some sleep before he went back to work. A new baby was really overwhelming. I went to stay with my mother for a couple of days. While I was away, some friends took Danny to a party. A platonic female friend drove him home. They ended up fooling around on the couch, although they didn't go very far.

He confessed to me a couple of days after I returned home. I got angry, I cried, and then I forgave him. I was frightened, I had an 8-day-old baby and I didn't have a way to support myself. These things happen, right? We made up, and three weeks later, he presented me with an engagement ring. I said yes. We agreed that we would have a semi-open marriage. If there was someone we really wanted to fool around with, we only had to ask permission first.

We married four months after that. The wedding was nice, my father got drunk and made a fool of himself, but everyone said they had a good time.

I started working soon after. Danny worked days from 7 a.m. to 2 p.m. I worked at a retail store, usually afternoons and weekends. We were proud that our baby was only in day care on Mondays and Wednesdays. The rest of the time, she was with one parent. Of course, I rarely saw Danny. We went a year that way, and I thought we were happy.

An ex-boyfriend called me from Croatia. He had just finished a six-month rotation and he wanted to see me and the baby. We had a great time together, laughing, talking and flirting. I wanted him so much. I asked permission.

Danny said yes. In fact, he said he couldn't really tell me no, since he had slept with my best friend the previous week.

"Without asking?" I stuttered.

I don't know why it bothered me so much. I was asking to cheat on him, but damn it, I played by the rules. He broke them!

We had discussed him sleeping with my best friend before. I trusted her, I knew she was clean. I had been almost encouraging both of them, but then they do it behind my back? No fair!

Six months passed, and Danny stopped sleeping with my best friend. She started getting too demanding. You see, I wouldn't talk to her anymore, so she started confiding in Danny. That was OK until she started interfering with his work. He started ignoring her and, funny, they stopped sleeping together. We have been exclusive since then, but only because the new jobs and our daughter take most of our time.

Danny and I have new jobs now. We both work Monday through Friday, from 8 to 5. Our daughter stays with a day-care woman 40 hours a week. The idea of the new jobs was to give us more time together.

I realized something. We don't have anything in common anymore. I like to dance. I go ballroom dancing, Irish dancing, even club dancing whenever I can. Danny doesn't like to dance at all. Danny likes to work, he likes photography and he likes to read. I like to read too, but that isn't something you can share too easily.

We have our daughter in common, but I have realized something: I live with a stranger. So now what? I don't know if I really want to resurrect this relationship. I also realized, I don't trust him not to break the rules again. He has been eyeing this girl lately.