Creature of the night

If you like Harry Potter and love Buffy the Vampire Slayer, then we've got a writer for you. 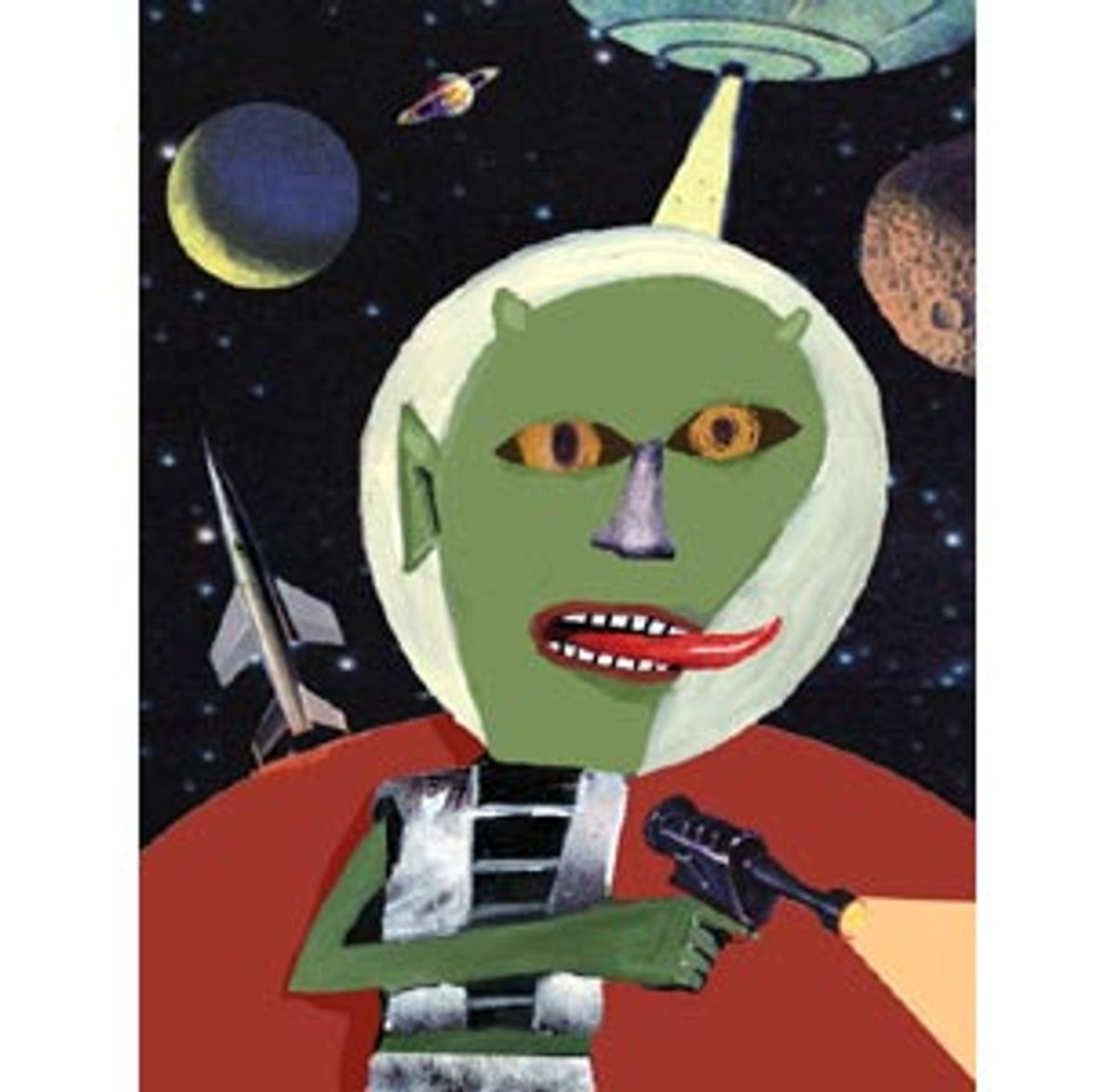 It's hard to get a non-fan to read fantasy or science fiction. Like marzipan or okra, the genres reputedly appeal only to very particular tastes. People who love to treat their colds with hot soup and a mystery, or to court sunburns with a beach towel and a celebrity tell-all, will turn up their noses at speculative fiction. "Spaceships?" they sniff. "Wizards? Just not my thing."

Although I love a good spaceship or wizard (or marzipan or okra, for that matter), I sympathize. Bad science fiction and fantasy can get pretty stratospherically bad -- and at spectacular length. Nevertheless, when readers scorn the good stuff, they're closing their minds to treasures that have grown rare elsewhere in fiction. Adventure, allegory, invention and myth have taken refuge in these genres.

If you think you might enjoy an imaginative drama but balk at many-thousand-page trilogies dedicated to someone's cat, check out a fertile subgenre: young adult fantasy. In deference to those famous short attention spans that adults attribute to teens, these books rarely pass the 300-page mark. They generally have plots you can follow. And as a sop to parents and librarians, the authors like to throw in some meaning. Don't judge these books by their sometimes childish covers. After all, some of the best fantasy ever written was meant for young people: Think of Tolkien and C.S. Lewis. If you're a Harry Potter fan or one of the crowds of adults who haven't missed an episode of "Buffy the Vampire Slayer," there are treasures waiting for you.

Annette Curtis Klause is a good place to start. In a trio of supernatural novels, she uses traditional creatures of the night -- vampires, ghosts, werewolves -- to explore her heroines' sexuality, their growing independence, their fascination with mortality and their shifting positions in their families and communities.

"Alien Secrets," the middle novel, lies somewhere between space opera, ghost story, locked-room mystery and coming-of-age saga. The young heroine, kicked out of her exclusive boarding school on Earth because she couldn't keep her grades up, redeems herself on her spaceship home, helping an alien recover a stolen treasure with the assistance of alien ghosts. But though this is Klause's second book, it reads like apprentice work -- it's far less focused and intense than her first novel, "The Silver Kiss," and her masterful third, "Blood and Chocolate."

In "The Silver Kiss," 16-year-old Zok's mother is dying of cancer. Her father spends most of his time at work or at the hospital, where he puts on a good face, but when he comes home he gives in to exhaustion and grief. As if that's not enough abandonment, her best friend, Lorraine, announces that she's moving to Oregon. When Zok tells her father, hoping for sympathy, he misses the point: "Hey, that's exciting," he says. No wonder she turns to a vampire for comfort.

Simon, the vampire in question, has pale, silvery hair, a pair of sheathed fangs and that thoughtless narcissism so common among beautiful people in anguish. He's not really evil -- he tries not to hurt the people he uses -- but it just doesn't occur to him that their lives are as important as his. Klause perfectly captures Simon's dangerous combination of charm, vulnerability and self-absorption; even readers who've never lost a drop of blood to a creature of the night will find it painfully familiar.

Indeed, "The Silver Kiss" is all about self-absorption, with each character swathed like a mummy in his individual pain. Simon, like the rest of them, has family problems of his own. He lost his mother 300 years ago when a close relative drained her of blood, then offered Simon himself a choice between death and eternal undeath. Now the bad vamp has come to town, feeding on sympathetic women, and Simon wants revenge. To get it, though, he needs Zok's help.

Writing a good seven years before Buffy hit the airwaves, Klause explores the themes and techniques that work so well in the show: vampires who need redeeming and violent supernatural dramas that parallel the more mundane troubles of adolescence. If "The Silver Kiss" has a fault, it's that Klause subordinates the vampire plot to the real-life story, as if Simon existed mostly to dramatize Zok's plight. As a result, the book feels slightly didactic.

That's not a problem with "Blood and Chocolate," Klause's most recent novel, in which she creates a pack of werewolves, then runs with it. Her attention to details and her palpable pleasure in what she's made carry the supernatural plot well beyond metaphor.
It helps that the heroine, 16-year-old Vivian Gandillon, is not a human victim, but a high-status werewolf. She's Princess Wolf, daughter of the late alpha male and his mate. The pack has fallen on hard times. Superstitious neighbors burned down the family inn in West Virginia after one body too many turned up mauled, apparently by wild animals. Vivian's father died in the fire. Leaderless, the pack has taken refuge with a relative in the Maryland suburbs.

Although she's strong, gorgeous and confident, Vivian has trouble fitting in at her new school. She's never needed to before -- she always hung around with the Five, a group of young males around her age. But now she's trying to distance herself from them. For one thing, she blames them for the tragedy in West Virginia -- they were responsible for at least one of those bodies. For another, their play isn't as innocent as it once was. They've started sniffing around her like, well, wolves. So when they find out that she's fallen in love with a meat boy -- soulful Aiden, who writes poetry for the school paper -- they're out for blood.

Drawing equally on group psychology and animal behavior, Klause gives her werewolves human problems -- but not too human. Like many a teenage daughter of a single mom, for example, Vivian worries about her mother dating. In Esme's case, however, the problem's not the guys, it's the other bitches, who tend to draw blood. And Vivian doesn't know how to respond when Aiden complains about hunting with his dad: "'I hated it. There should be more to being with your father than going out and killing something together.' Vivian didn't speak. She'd give anything to be able to go out and kill something with her father again."

Will the pack find a leader strong enough to rein in the wild young dogs before the townfolk start forging silver bullets? Can two people from backgrounds as different as Viv's and Aiden's ever learn to trust each other? What is this thing called heat? Klause refuses to reach for tame or p.c. answers. Her story should leave adults, as well as teenagers, howling for more.