Fiona Apple transforms from a flinty "Shadowboxer" to a raging bull. 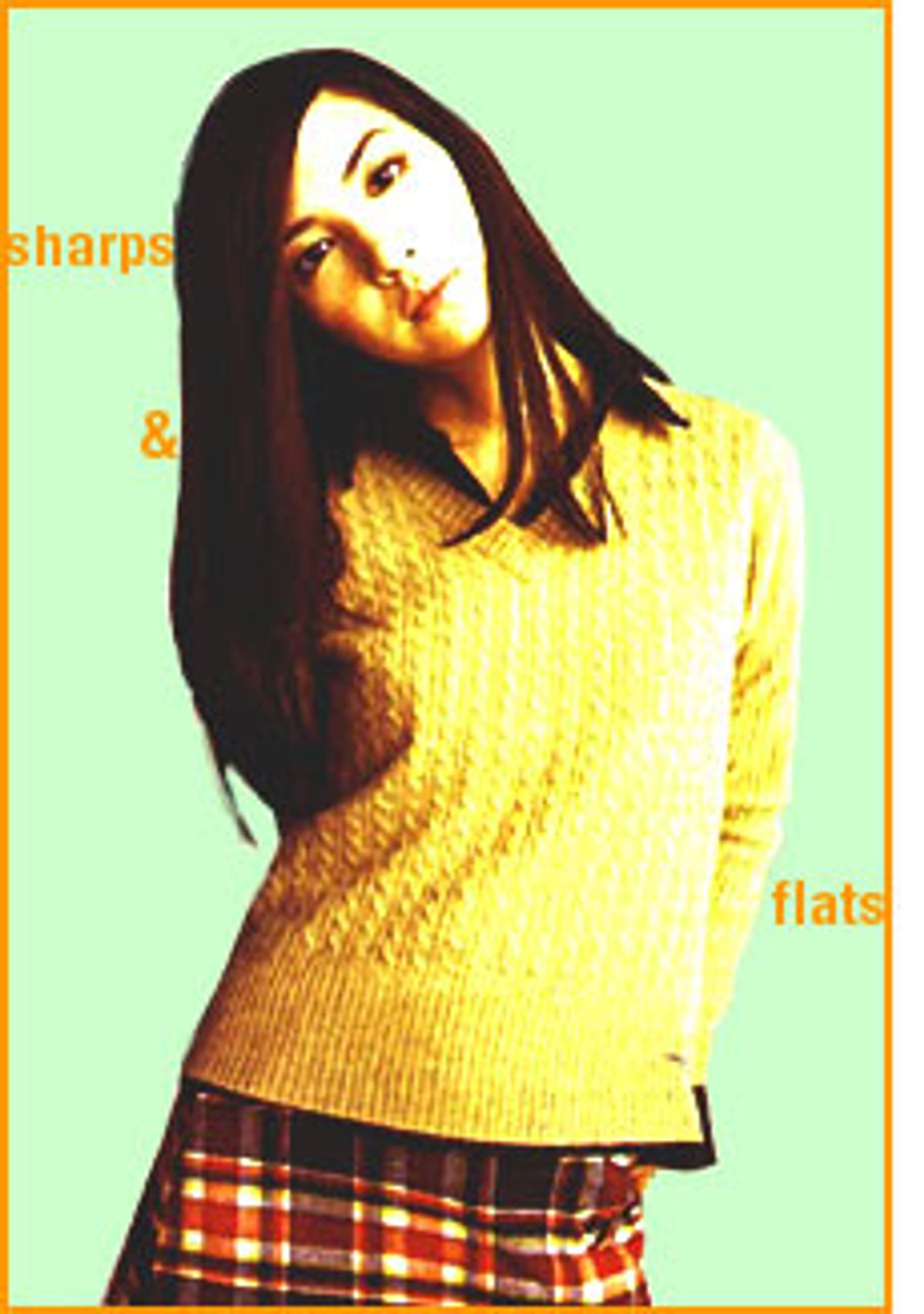 From Hemingway to LL Cool J, on up to "Fight Club" -- to say nothing of Axl Rose's "Get in the Ring," Paul Simon or Everlast -- the boxing metaphor has always been kind of a guy thing. It's belonged to the bloodied-but-unbowed, a shorthand symbol of spiritual toughness revisited endlessly by artists who want us to know how bad they are. So while Fiona Apple's new album has a rambling, sweet-science themed title that you could easily dismiss as 90 words of raging bull, I prefer to read it as her way of comin' in with her aesthetic dukes up, digging in her heels as tempestuously as LL did after his mama told him to knock the playa-haters out, intimidating the enemy with a torrent of (somewhat hokey) rhymes about moral victory and mind power Muhammad Ali could have ghostwritten.

Predictably, Apple's record has already drawn cheap shots and low blows for all the Guinness Book-ready verbiage on its cover, but -- here goes -- "When the Pawn Hits the Conflicts He Thinks Like a King What He Knows Throws the Blows When He Goes to the Fight and He'll Win the Whole Thing 'Fore He Enters the Ring There's No Body to Batter When Your Mind Is Your Might So When You Go Solo, You Hold Your Own Hand and Remember That Depth Is the Greatest of Heights and If You Know Where You Stand, Then You Know Where to Land and if You Fall It Won't Matter, Cuz You'll Know That You're Right" is Apple as a "Shadowboxer" turned heavyweight, the pugilist at her best. Don't call it a comeback.

"When the Pawn ..." doesn't sidestep the traps that typically snare an artist into a sophomore slump. Apple spends a lot of time sifting the hate mail her precociously damaged 1997 debut, "Tidal," generated. "So keep callin' me names, keep on, keep on/I'll keep kickin' the crap till it's gone," she sings in a song titled "The Way Things Are," lest we miss her drift.

"To Your Love" opens with the line "Here's another speech you wish I'd swallow," and the rest of the song suggests that she's actually got something really personal and painful to get off her chest, preferably in private. But it's hard not to think about Apple's most infamous foray into public speaking, that ludicrous moment at the 1997 Video Music Awards when she evidently went, "Wait a minute, I'm beginning to think some of the images on MTV might not be entirely realistic," and stepped to the podium to rail against the tyranny of media-legislated coolness, like a junior Nina Simone defecatin' on your microphone (or, as Chris Rock giggled right after the fact, like "Fiona X").

Most of the songs are less self-referential; think of this record as Afghan Whigs' I've-been-a-bad-bad-boyfriend concept album "Gentlemen" translated into fatalist Plath-rock. But the music crackles with the sense of humor that comes from unashamedly embracing your own fuck-ups, acquiring a taste (as Fiona X puts it) for well-made mistakes. There's more to admire on "When the Pawn ..." than mere displays of guts, but if nothing else, it's the best non-apology since Madonna's "Human Nature." Smart move -- being 22, urban and probably over- or under-therapized means never having to say you're sorry, and I'll take the more-than-occasional lines of embarrassing verse ("My derring-do allows me to dance the rigadoon around you" -- blecchh) as an occupational hazard on a record that kisses so little ass.

If Apple has an MTV doppelgdnger, it's Kaia, the hyper-analytical, world-weary poetry-journal scribbler who flounced through this season's Hawaii "Real World" like Dorothy Parker forced to host "Total Request Live." The difference is that the Apple of "When the Pawn ..." keeps doing what you always wanted that loopy mixed-up Kaia to do, identifying the enablers and energy suckers in her life and chopping them too short to shit. Apple doesn't want their pity any more than she wants ours. She's full of shivery lines like "You wanna lick my wounds, you want the badge of honor when you save my hide ... You fondle my trigger then you blame my gun" (from "Limp," which eventually leaves some guy "lying limp in [his] own hand") and "I know I'm a mess he don't wanna clean up" (from "Paper Bag").

Speaking of MTV, ex-boyfriend Paul Thomas Anderson's video clip for the single "Fast as You Can" makes these intimidation tactics visual. While the drummer keeps a junglish pace with the stream of her consciousness, a fast-forwarded Apple puts out matches on her tongue like a cross between Sherilyn Fenn and G. Gordon Liddy, or the world's scariest video-dating-service applicant.

We're pulled toward the extraordinary closer, "I Know" (which could be subtitled "... Too Much"). As the Nino Rota homages, bat-winged sax licks, DJ-bait drum solos, clanking poltergeist activity and guitar-as-turntable-scratch breaks of Jon Brion's shrewd production recede, Apple wraps her Jennifer Jason Leigh bruise of a voice around a wry and unsentimental after-hours lament. She tells her man she'll be waiting "by the backstage door" while he decides whether to come, stay, lay or pray (and don't think it's a coincidence that now it's the guy who's onstage; Apple's finished growing up in public).

Lines in the last song, like "You can use my skin, to bury secrets in" and "Baby, I can't help you out while she's still around" indicate progress: A girl who once worried about being careless with a delicate man is starting to grow into a woman who won't get fooled again. The string arrangement's so pretty that Rufus Wainwright would sucker-punch Ray Charles for it, but the way the words dance around volatile relationship upheaval is pure Apple, and suddenly it's no great mystery why all these songs sound like waltzes -- can you think of a better way for a fighter to practice her footwork?