The man who fell to mirth 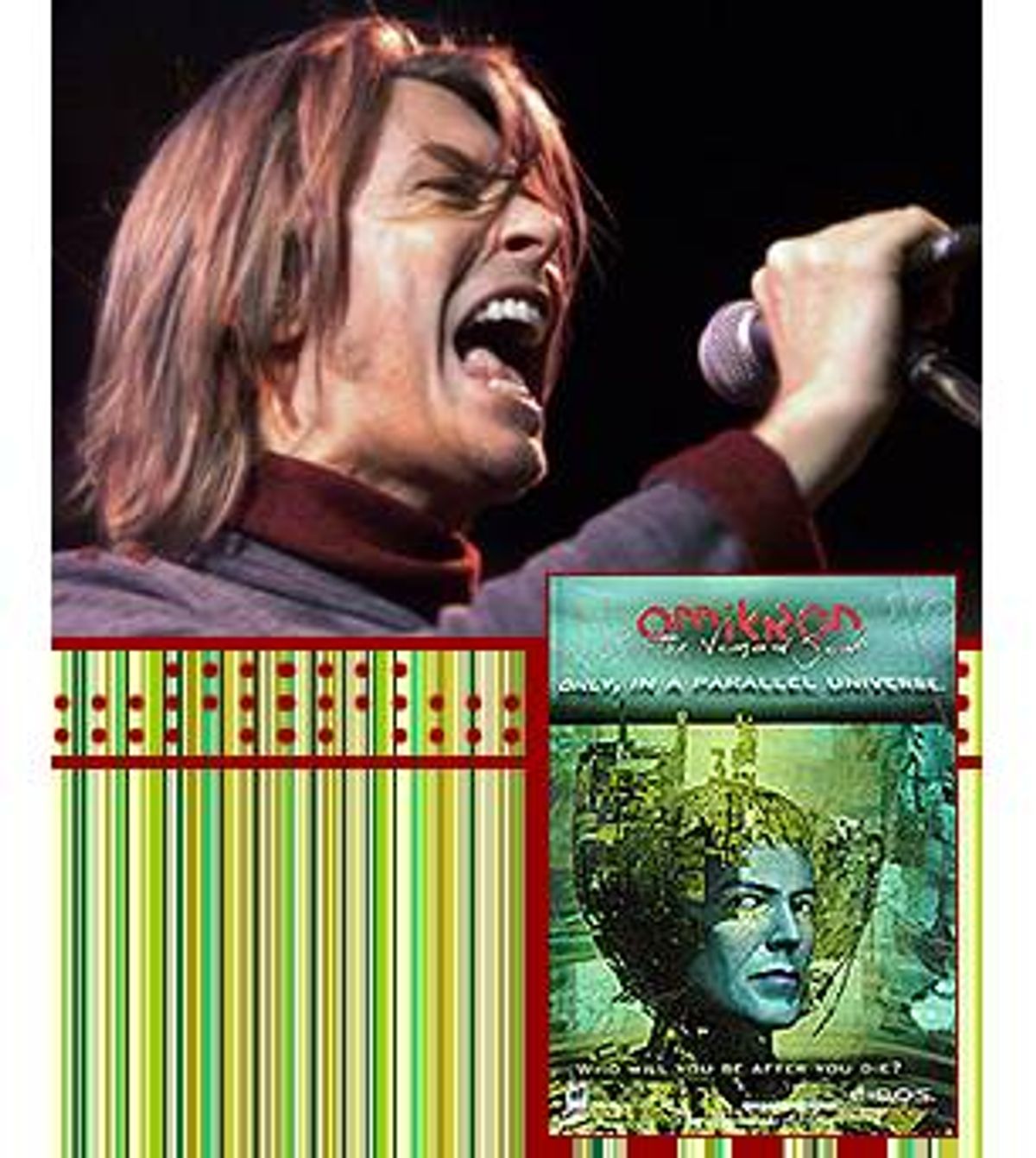 Chalk up one more reinvention for David Bowie. Thirty years after his first international hit, "Space Oddity," the career chameleon -- creator
of personas like Ziggy Stardust and
the Thin White Duke -- is now dabbling in game design. As one of the collaborators on the dark new immersive adventure game Omikron, from French game developers Quantic Dream, Bowie produced the game's eerie soundtrack and lent his face to two characters.

Being digital isn't new to Bowie -- as proprietor of BowieNet, a Web site and community for his fans, he was one of the first mainstream artists to use the Net to his advantage. He has produced CD-ROMs and online art projects, and he has embraced the MP3 movement -- even encouraging fans to tweak his music and submit altered versions for his album.

Salon Technology engaged in an e-mail conversation with Bowie about his work with Omikron, stealthy BowieNet subterfuges and the return of Ziggy Stardust.

First of all, why did you decide to do a video game?

And it was supposed to be my year off ... I was sitting in the house, as you do, minding my own business, when a couple of French charmers and an Irishman [the Quantic Dream team] barged in and "decided" that I should go and look at this "game" of theirs in London ... and the rest, as they say, is history ... well, it could be!

... I liked what I saw, and I was given the freedom to musically respond to the images I was seeing and the story they were telling -- and Omikron certainly ain't no ordinary video game!

How would you compare the collaborative process of making a video game to that of writing music?

Well, for one, I couldn't be all shifty and secretive, they found all the little crumpled bits of paper with scraps of musical notation before I had time to swallow the evidence. I had to give in ... The scene was very "Reservoir Dogs," we were all huddled together in Paris, the room cut by the ominous violence of a cruel shadow ... Don't ever believe for one second that Van Gogh cut his own ear off -- mysterious strangers abound ...

Reeves [Gabrels, Bowie's collaborator] and I took all of this with good cheer, and re-watched our game footage for the umpteenth time, just to be sure we ... hadn't missed anything.

How did you decide on the themes of Omikron? Is this rather existential world of thought control, disillusionment and soul-snatching in any way inspired by some of your experiences in the entertainment industry?

We just turned left at the "Batman" theme, and there they were ... Seriously, the designers of Omikron had already laid down the story arcs, and established the protagonists, it was up to Reeves and I to reinforce their themes -- from the sweeping tumult of the revolutionaries, right down to the individual grief of a lovesick stranger in the Red-Light district. The satisfying part is having to conjure up a whole "world" of music, greater than the sum of a few solitary viewpoints. Or my solitary viewpoint, for that matter ...

Thought control, disillusionment and soul-snatching? I thought you'd got rid of all that in America?

If you were to pick out the common thread in your work in music, video games, BowieNet and the art world, what would it be?

Distance. But amplified with the need for Nearness and Belonging. It would be a very long and complicated thread, impossibly tangled, soft to the touch but somewhat sticky underfoot ... almost invisible, self-replicating and most of all ... taut.

In some ways our work was a reaction to the plethora of industrial/techno game soundtracks we'd heard -- we wanted to create an emotional sound -- something with the ability to project an intensely personal envelope around game character and player alike. In Omikron it's your soul that's at stake -- we wanted to make sure that your heart was playing along too. Soundtracks in games couldn't be more important -- to heighten, to warn, to pace, to lie ... (cut to the end of a long list falling out of the tumble-dryer).

The eight songs from Omikron are all on my new album "Hours ..." but different versions. The 35 or so instrumental tracks are only available within the game. The parallel world scenario of Omikron actually suits the songs -- I found they were equally at "home" in the "real" world, partly through the simple nature of the emotions they portray.

I suppose it's the songwriter's art -- in many ways the end results only start to really live through participation, interpretation and juxtaposition. The Omikron player doesn't necessarily need any straight, plot-driven narrative through the songs, it seemed more fitting to insinuate. Let the words reinforce the game story, but also trigger flights of imagination within the player. It's a kind of passive role-playing where sometimes the best stories are not the ones you think you've told, but are discovered in the telling. So, in short, it's a parallel world and a shared concept.

In many ways, the character that you play in Omikron seems to hark back to your early "Ziggy Stardust" days. Is that intentional and why, or am I just imagining it?

Naw, it's just his manly youthfulness ... Ziggy was a fundamentally self-sure, almost arrogant individual. Whereas this character is more controlled by forces outside of his power. I have other plans for Ziggy ... Actually it's an interesting situation -- take the second of my two characters [in Omikron], the beggar/singer of "The Dreamers." Here we have a digital reflection of me, in a parallel dimension, motion-captured to look and move just like me (at 24 years old!). It alludes to me, but it's not me. I'm playing a character, a role, but the very nature of the game, and its tangible link to Earth, allows the connection to be made -- the character is singing songs that are forcing their way into his body as physical visions (hence the choreography), he's receiving the words in painful fragments from a linked universe, maybe from Earth, maybe the other side of the mirror -- how Wilde is that!?

How influential has the Net community at BowieNet -- of more than 10,000 people, if I recollect correctly -- been on your current work, both games and music?

Nothing like giving your work a good airing -- that's over 10,000 opinions, art critics, sounding boards and streams of abuse ... I can even slip on there incognito from time to time and say things like, "That song 'Life on Mars,' that's a piece of shite, mate" -- probably all in CAPITALS, TOO. To say more would give away my cyber alter-ego, Mr. Rant ... Influential, and amazing! You can simultaneously feel very much connected to everything and agonizingly just-out-of-reach. BowieNet is a good place for me to sow the creative wild oats, and get instant real-time feedback on how the work is being received -- and if, by the sheer force of the visual and aural "collision" we provide, it happens to inspire the odd person, then ...