Into the belly of the earth

A cave in southwest France illuminates some of life's deeper secrets. 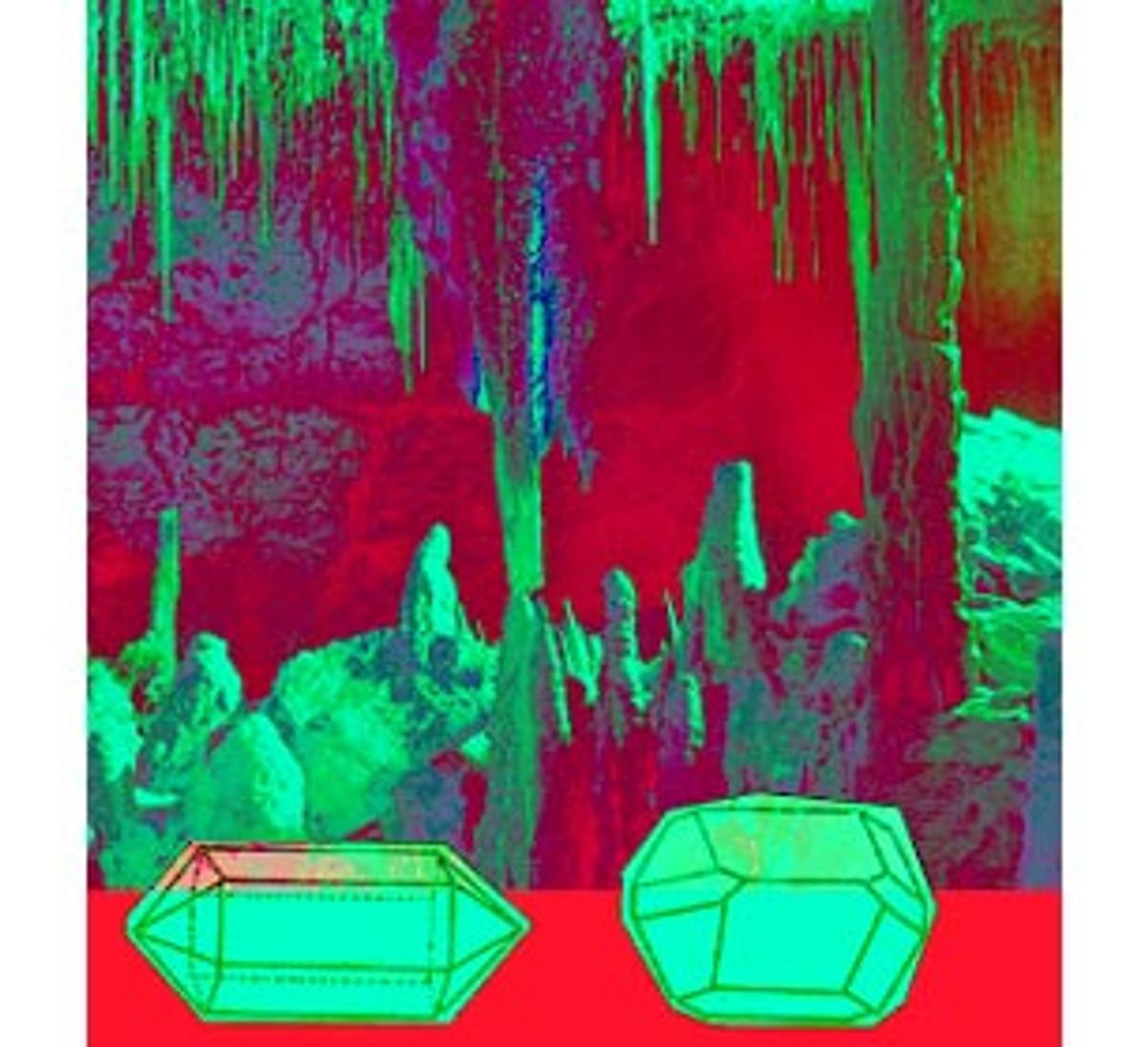 We have driven for many days now over the thin carapace of the earth, beneath a vast and vaporous sky. It is the end of the sunflower season. Like tired corn, the stalks take their beating from the sun, their faces the color of repentance, their fringes singed past glory. Where there are no flowers, there are loose-jowled cows, and where the cows have given ground, there are flocks of unimaginative sheep, and sometimes as we drive there is no ground at all. It's rocks on one side, piling up, and nothing but air on the other.

Bill, I say to my husband, who's at the wheel. For God's sake, Bill, we're going to fall. And then, because God has intervened, we are miraculously spared.

Earth, in this southwest knuckle of France, is a phantasma of layers. It is our planet left essentially alone or, more true, it is our planet respected. Ruined stone castles crumble down hills. Iron crosses sprout out of unlikely limestone pilings, like rusty bouquets to religion. I come from a place where land has been disregarded, pulped, and here, in this region of unblemished possibility, I suffer from a sadness that is also partly prayer.

On the day we leave for La Grotte Rose, the valleys are obscured by fog. It all burns off before noon, and by then we are already too far gone along a narrow necklace of road to turn back. Closing my eyes, I leave the navigation to Bill and the entertainment to our son, Jeremy, who is doing a fair impersonation of Ricky Martin in the back of the rented Renault.

At one hairpin curve some 860 meters up, Bill swerves and curses a camper barrelling down wide on the opposite side of the single-lane road. I put one hand over my shut eyes and sip at the air through clenched lips. When the earth decides to level out again, I open my eyes to find a dull gunmetal-algae landscape, with evergreens that are stumpy and ill-shaped. We pass through a town big enough to have a name, small enough to be contained in a single photo. The roofs of its five houses scrape against the ground. A battalion of white geese honk their unilateral opinion.

The caves, when we reach them, are a relief. We are offered former visitors' discarded sweaters to wear, for it is cold -- 10 degrees -- inside the earth. We are given the history, which sounds like folklore, about a shepherd named Sahuquet who, one crisp autumn day in 1880, saw a fox enter a fissure in the rocks. Being the good shepherd he must have been, Sahuquet set off in pursuit, fitting himself between the stones. It wasn't until his eyes adjusted to the light that he saw the ghosts knocking their heads against the smooth domed ceiling, the colored magic wands thrusting up from the nether world. At the very instant he let out a scream, others -- invisible, haunted -- let out screams back at him. This was hell of course, and Sahuquet ran from it, pawing his way back into the sun. Vowing never to return, he never did.

But he told his friends what he had seen and heard, and soon enough, Edouard-Alfred Martel, a fancy lawyer hungry for adventure, had brought the nascent craft of speleology to the caves. It is him we must thank for the lighted stairs we're about to descend.

In the sun, we fiddle with our adopted sweaters until the tour guide, his story over, finally steps aside to let us through. Inside the caves, the air seems more wet than cool, and we pull our arms in toward our chests, like birds settling their wings. There must be two dozen of us on this tour, and when I turn around there is already no sign of sun behind us, no evidence of the gray-green tundra, or of the nasty gap at the edge of the Jonte cliff, through which we are now walking. Claustrophobia has no business here. Over the next damp hour, we will walk for two kilometers and go 120 meters down into the crepuscular belly of the earth.

It's a church we're looking at, and then a tortoise, a minaret, Father Christmas, a hall turned pink. It's the needles of stalactites hanging overhead and a burnished community of stout, determined stalagmites, some shaped like small-capped mushrooms, others like the free-form sand castles I used to pull through my fingers beside the tide pools of the Jersey shore.

The guide speaks in French. We pay acute attention, recalling what we already know. Look around, we imagine the guidesaying to us, and remember the chemistry of caves. How rainwater is not neutral, but acid, and yes, remember how curious rainwater is. How it creeps, trickles and gropes between fissures and rock layers -- breaking the earth's surface into clints and grikes and sinkholes, opening tunnels into which streams may disappear.

And how it keeps on running underground, dissolving rocks, chiseling out networks and passages, tunnels and caves, caverns and unreachable domes. How it sets the stage for the crenelated stalactites overhead, and for the stalagmites, which are both wrinkled and eerily smooth. And sometimes the stalactite and the stalagmite become one, as if columns were commissioned to serve the domes. Rainwater alone, dissolving the calcite of limestone, yields a single color: white. Where there is ferrous oxide, we are given red and yellow, pink. Where manganese oxide makes its presence known, there are shadows of charcoal and grey.

Down we go, farther down; I take Jeremy's hand into my own, wanting the comfort he always yields. Eeww la la, he whispers. Eeww la la, in his very best French, with the innocent awe of childhood. I fumble around with my camera, certain all the while that I won't succeed. The colors will be wrong and how do you photograph a glisten anyway, how do you train your lens to measure the distance between yourself and a sky of stone?

We go down, and we go farther down, past a church pulpit, a flock of sheep, a forest of candles, something the guide calls the chaos of subsidence, into corridors, chambers and halls. It takes a full century to produce five centimeters of petrification. And yet, look at this petrified waterfall -- 100 meters long and 20 meters high. Look at the elephant ears hanging above us. Look where we have come to, far down now, and deep as we'll ever go.

Jeremy, I whisper, still holding his hand, which has warmed slightly in mine. Imagine cavemen living in this wild place. Imagine thinking that the dome overhead was the first important sky and the sky that we know, the cup of heaven. That the sound of the water ceaselessly dripping was the sound of the wind going by.

Eeww la la, he says. They must have thought they lived in magic.

They must have whispered.

They must have been scared when they turned the lights out.

I take a deep breath. I fill my lungs with the fumes of the earth. I feel drops of mysterious mischievous rain burst on my head, wriggle toward my right ear lobe. If I stood here long enough, I think, I'd be draped in a cloak of colored calcite. I'd be sealed inside the earth, in the dark, in a place 500,000 years old. A place that knows nothing of life on the other side, a place where nothing ever changes, not really, save the size and shape of all that glistens, and the echoes of astonished little boys.

A recipient of an NEA grant this year, Beth Kephart is the author of "A Slant of Sun: One Child's Courage," a 1998 National Book Award finalist. Her new book, "Into the Tangle of Friendship," will be released in the fall.