Till death do us part

Is it a promise of love or a life sentence? Our readers weigh in with advice. 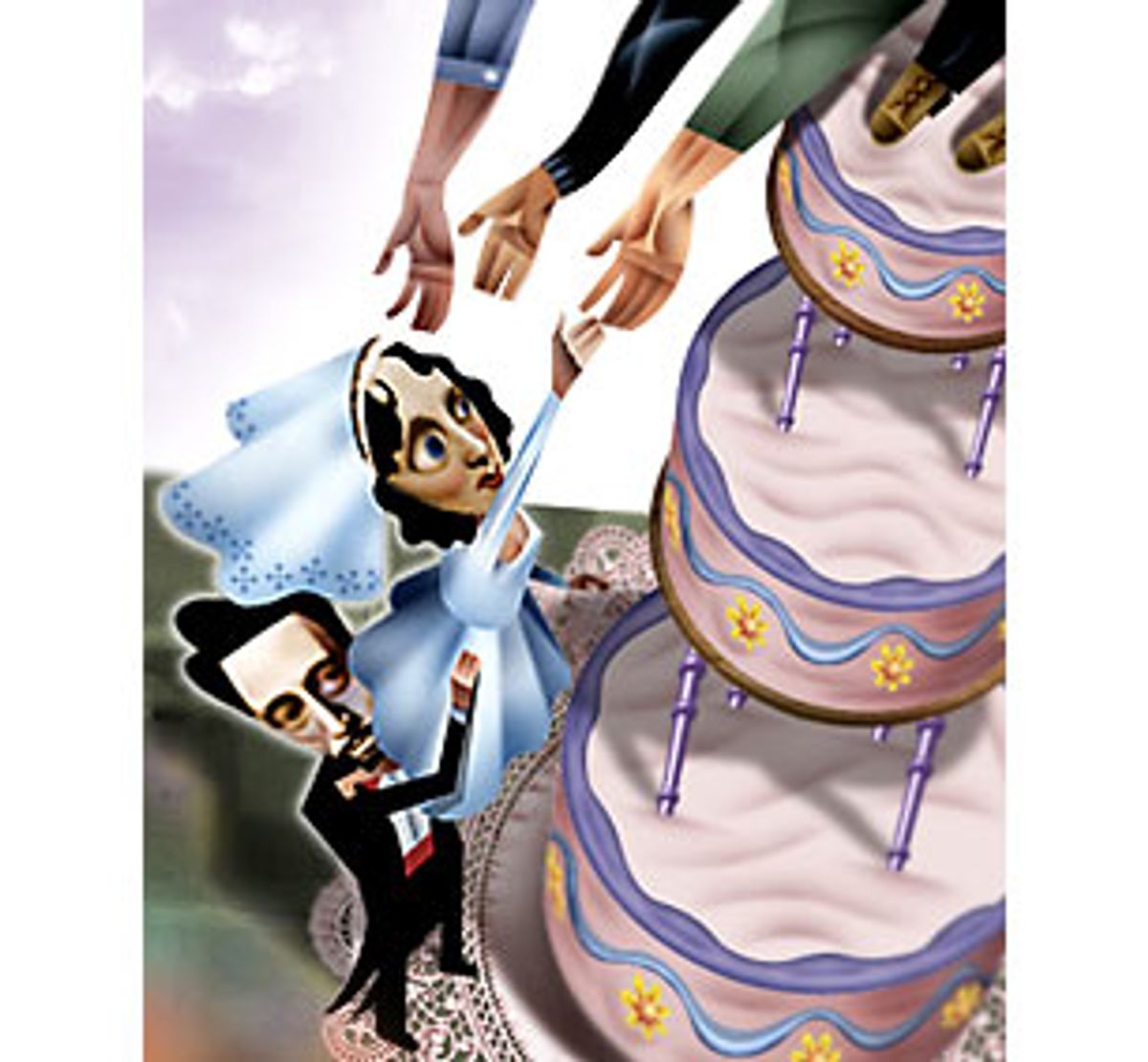 Two weeks ago in Mothers Who Think, we launched a week of marriage stories with a contest called "Is This Marriage Doomed?" We printed three of the worst marriages sent in by our readers and then asked you to send in your best solutions to these marital train wrecks.

Now, every bad marriage is sad, and we heard about a lot of them. Some were so ugly and so hurtful that the only advice was to run for the hills (and therapy). But many crummy relationships, crippled by stubbornness, selfishness or other deeply unattractive behavior, invited exhaustive advice. And we got it; lots and lots of it.

Today we print the best advice we received, a sampling of heartfelt diatribes and pearls of wisdom from mouse pad marriage counselors everywhere.

As you may recall, our trio of lousy marriages involved a cheater, a sulker and a fatty. Each union had begun in love but had become mired in serious hostility, not to mention poor hygiene. All were in need of major overhauls, but most of our readers agreed that divorce was not yet necessary. More often than not we heard "Get thee to a marriage counselor." One reader even suggested mailing an anonymous $500 gift certificate for therapy to each partner.

Tough love also made a showing. "Your first job," wrote one reader, "is to
fully embrace the stupidity of the choices you have made." Short, sharp shocks of advice were typical for the young couple who seemed unable to stop their experiment with open marriage, even after the birth of their daughter. "Grow up -- before your daughter does," fumed one reader. Another wrote: "Solution to the 'open marriage' couple: One word -- threesomes."

Readers seemed compelled to blame either the husband or the wife in our second featured marriage, which involved the joker and the sulker. In the end, they had almost equal support. One particularly emotional reader ruled in favor of the husband, writing, "I know about 10 single women who will treat you like gold, so DUMP HER."

And, finally, there was marriage No. 3, a horror show described with hard-hitting economy by an anonymous wife. The solutions to this grotesque also were brief. The most creative focused on grammar. "His ever widening butt 'laying' on the couch should have been 'lying,'" said this reader. "Advice to this irritated wife: Become an ace grammarian, and you'll nab some great wordsmith who will shower you with romantic mots d'amour."

Which reminds us. We wish to shower you with romantic mots of thanks for your participation in this extravaganza. Clearly, ours is a healthy relationship unbowed by the stresses and strains of life in close proximity.

Write again soon; we will.