Here are 10 reasons why "Dead Man" is the best movie of the end of the 20th century. 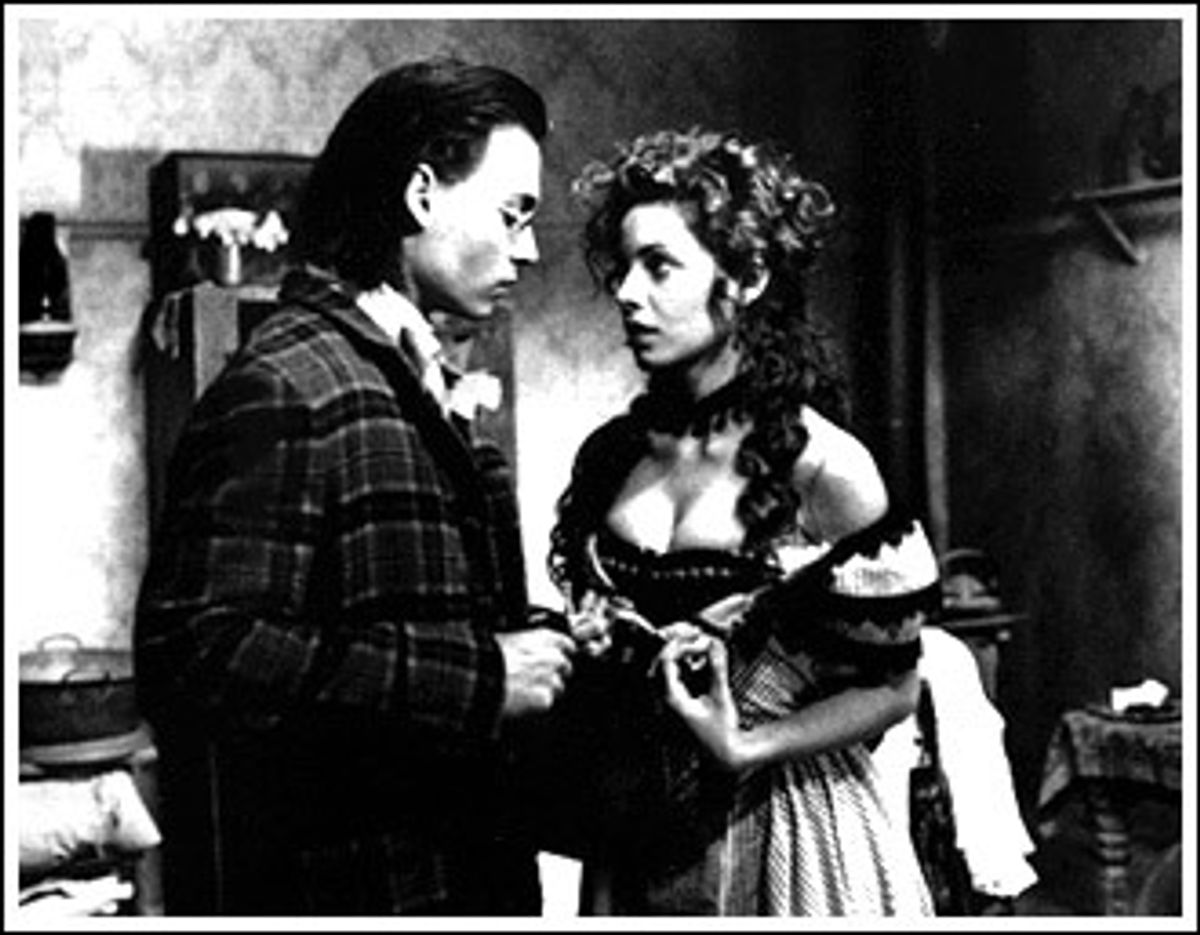 People were talking about entering the 20th century well past 1950; it may not have begun until, say, 1956, with the emergence of Elvis Presley. Some might say it didn't begin until the early 1960s, with the first signs of breakdown in the Western democracies, which is to say in the philosophical systems that had governed the Western mind for more than 300 years, or until 1989, with the collapse of l9th century ideals of social revolution. That's a way of saying the 20th century never began at all. In other words, getting into the next century may be a lot harder than it looks. There's no hurry. We may all be here for a long time, waiting. In that spirit:

Ten reasons why "Dead Man" is the best movie of the dog days of the 20th century:

2. I can never keep track of how many people Johnny Depp shoots.

3. The running Cleveland joke, which makes the whole movie -- not to mention the hero's whole life -- into a shaggy dog story.

4. There is no hint in director Jim Jarmusch's previous work that he was interested in anything but irony, and this movie has no irony.

5. Lance Henriksen reprising his head-vampire role from "Near Dark" -- as a bounty-hunting cannibal.

6. The fact that you agree with him that the only way to shut up one of the other bounty hunters is to eat him.

7. The sense of an undiscovered West -- a West that vanished before it could be incorporated into national myth. That's all there on the train ride from Cleveland to the Pacific, some time after the Civil War, as the white passengers shift inexorably into barbarism.

8. Depp is an accountant named William Blake; as he heads into the accursed little Northwest town to work at what almost smells off the screen as a tannery, you realize you are now seeing the dark satanic mills, and that it's no big deal.

9. I'm not sure it's Robert Mitchum or the painting of his character that has a stronger screen presence, but it was his last role.

Perhaps even more than the movie, though, Neil Young's "Dead Man" soundtrack ("Music From and Inspired By") gives the lie to the notion that anyone can package time. Save for passages of dialogue and blank-voiced Depp readings from Blake, it's a one-man soundtrack. The theme Young chases throughout the movie merely pauses for the likes of Depp's perfectly shaped "The Garden of Love" -- which nearly seems to be the speaker, not the poet, singing a song of experience -- and then resumes its quest. Depp's readings are crucial, though. In their odd balance of bafflement and discovery, they signal a kind of aloneness that is absolutely modern -- or was, around 1950, when existentialism announced the end of the postwar world with the news that humanity could rely on neither the future nor the past. In that spirit:

Ten reasons why Neil Young's "Dead Man" is the best music for the dog days of the 20th century:

1. For a film set more than a century ago, an electric guitar, playing a modal melody, surrounded by nothing, sounds older than anything you see on the screen.

2. The modal melody is never resolved, never completed. It feels less like a song than a fanfare, a fanfare for a parade no one ever got around to organizing.

3. The fanfare is stirring nevertheless. It's life and death from the start -- or rather life staring death in the face. Death is going to win, but not even death knows how long it's going to take. Nobody, the Indian who tries and fails to dig a bullet out of Depp's William Blake (whom he takes for the reincarnation of the poet Depp's Blake has never heard of) speaks of "the white man who killed you"; "I'm not dead," Depp says. Nobody doesn't laugh. Young's guitar speaks for him, just as Nobody insists William Blake will now make his poetry with a gun.

4. Young doesn't laugh, either. His guitar doesn't ever even crack a smile.

5. Of course, some people say he never did anywhere else.

6. The music, as you listen, separates from the movie even as it frames scenes, banter, recitals. It gets bigger and more abstract, and it becomes hard to understand how any film, showing people doing this or that in specific, non-abstract ways, could hold it.

7. The abstraction takes the music into the realm of the secret -- unlike the action in the film, which is blunt, blank and final. No matter how crepuscular, action always has at least an implicitly public dimension, because it can be seen. When music carries no vocals it suggests that the public realm is meaningless, because each must hear the music in his or her own way.

8. That's existentialism in one: from "Music -- The Universal Language" to the only language that can't be translated.

9. Because the music doesn't translate, it doesn't refer. Each time it plays it creates a new frame of reference. Because of that, you can play it forever. Put it on at 11 p.m. on Dec. 31 (the record lasts just over an hour) and when everything changes you won't even notice.

10. If none of this sounds like sufficient proof the 20th century never happened, there's another choice: that special bootleg of Imelda Marcos and her kids singing "We Are the World," Indonesian strongman Gen. Wiranto crooning "Feelings," the presidents of China and the Philippines dueting on "Love Me Tender" and the late Frangois Mitterrand caught covering Duran Duran's "Girls on Film" when he thought the mike was off. Oh, all right, I made the last one up.