The VH1/Vogue Fashion Awards brought out the best in celebrities -- and the worst in the photographers who hounded them. 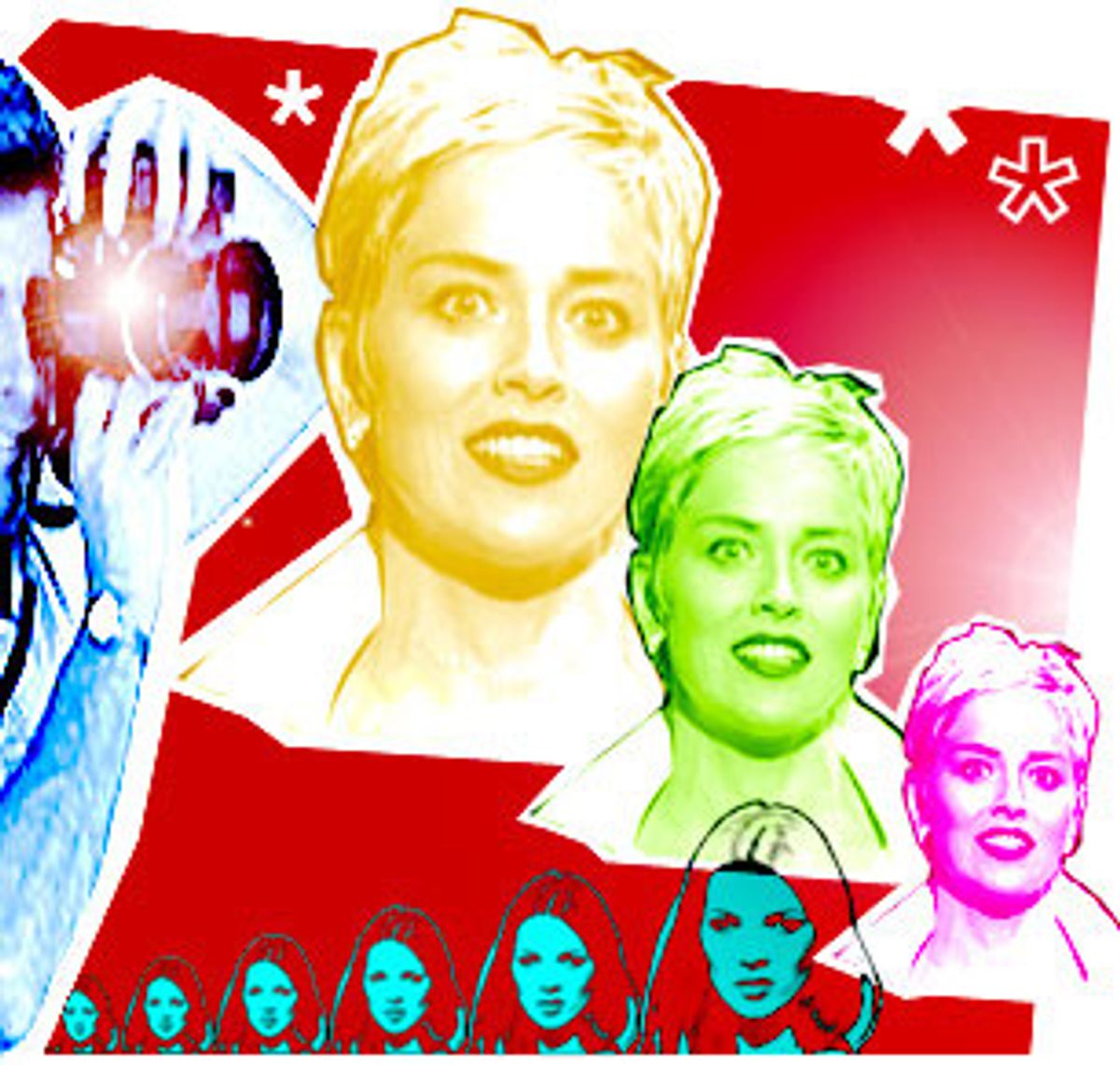 As a member of the press, it was a privilege and an honor to stand crushed against a barricade as a cadre of beautifully dressed celebrities filed into the armory in New York Sunday night for the VH1/Vogue Fashion Awards. I'd like to tell you about Heather Graham's astonishing jewel-studded boot-cut pants, about Claire Danes' elegant eggshell trousers-and-sequinned-shell ensemble, about the way Rupert Everett really is the only man on earth who can wear a beaded necklace with an open-necked shirt and a dark suit and look completely fabulous.

I'd like to tell you about all of those things, but there's a problem. The grace and beauty of the celebrities was completely outdone by the boorishness of some of the photographers and TV journalists who'd turned out to document the event for various outlets -- and by the luck of the draw, the worst of them seemed to be clustered around me. Forget Lil' Kim's silver mesh harem-girl outfit: The people behind the cameras were the real show. "Would you mind not elbowing me in the balls?" snarled the surly English photographer to the petite dyed-redhead battle-ax shooting for Germany's Burda, whose ruthless conquest for personal space knew no limits.

With my acute perceptiveness, I'd sensed very early on that Rosie, the Burda battle-ax, was trouble. Forget that minutes before the red-carpet procession started, she'd nearly shoved me clear in her mania to get a good spot. (I'd staked out my own space a good half-hour earlier.) I knew I was in for it when she asked me who the first celebrity was, as her line of vision was temporarily blocked. "It's Maggie Rizer," I said; Rizer is a model I recognized from fashion magazines.

Rosie's disdain for me hung in the air like a musty fringe. "I am a fashion photographer and that is not Maggie Rizer!" she informed me sternly. The next instant she had her lens trained on the girl, calling out, "Maggie! Maggie!" After Rizer had made her way past us on the stubbly red carpet, Rosie turned to me and said somewhat sheepishly, "I thought you meant the other blond." I knew we were going to be fast friends.

Don't get me wrong. I recognize that photographers in this particular line of work need to be aggressive. And I'm a big girl: If they're aggressive in my airspace, I have no problem telling them to take a hike. (When Rosie asked me and a fellow journalist if we could please lean back, as we were there for "fun" and she was there to take pictures, I reminded her icily that we were working too. "Just kidding," she said distractedly.) I can spend one night a year in the midst of morons and survive admirably. But what about the celebrities who have to deal with them all the time? I've never in my life been so glad not to be Heather Graham or Sharon Stone or Christy Turlington. If this is the price you have to pay to saunter around in a little Gucci now and then, I'll gladly stick with Old Navy.

The bummer was that it might have been fun to be standing three feet away from Cindy Crawford (looking like a million bucks in a slinky lizard-print dress and a caramel-apple leather jacket) or Kate Moss (who, with her characteristic charm, informed us that she'd cut her skirt off herself, as you could pretty easily see from its jagged edges) if I hadn't practically passed out from being clocked on the head repeatedly by that English photographer, who was standing on a stepladder behind me. "Sorry, love," he said repeatedly -- but never as if he meant it.

At one point a flustered event publicist -- frazzled at least partially by the photographers' relentlessly barked orders for her to get out of the way, to bring this or that celebrity back for a picture, to move some ugly space heaters that were going to ruin every shot -- came to our area to implore us to watch our language. "No cursing!" she said. "Talent has complained!"

I'd already become exceedingly sick of the photographers' constant bitching and moaning myself. (I should note that most of the other photographers seemed to know Rosie by name and didn't like her any better than I did, dressing her down with relish; the language that "talent" had complained about was most likely the steady stream of invectives levelled at Rosie by her colleagues through the course of the night.)

Somewhere in the middle of all this mess, a bunch of very famous people filed through on their way to the awards ceremony. Sharon Stone, escorted by makeup artist Kevyn Aucoin, floated by in a fetching black-gossamer skirt. When the photographers asked her if they could take her picture alone (though it was more of a demand than a request), she demurred flirtatiously: "I have a date!" Paula Cole, draped in pale sequinned chiffon, graciously gave the photographers as much time as they wanted. When Christy Turlington strode right past them, they practically razzed her: How dare she? But the bigger question was, Why on earth would she care to oblige?

By the end of the evening, I'd had more than enough of their complaints and their Katzenjammer Kids antics. One guy, who'd been fairly jocular with me early in the evening, later tried to shove me and some fellow journalists aside, saying, "I need to take pictures! They're not going to answer your stupid questions!" He apparently hadn't noticed that plenty of the glitterati -- including Richie Sambora, Gwen Stefani and Ileana Douglas -- actually had taken the time to answer questions.

In fact, I wasn't prepared for how gracious most of these celebrities were, stopping for pictures when they couldn't possibly have felt like it, looking up when a particular photographer called their name, turning around and doubling back a few steps so that somebody could get a few extra shots. I wasn't completely surprised: I recognize that a certain amount of accommodation comes with the territory of being famous, and that performers who don't want to play the game only end up hurting themselves.

But their decent manners only made me more embarrassed for the alleged professionals around me. After an evening of listening to their bellyaching -- How could the event publicists allow Jennifer Lopez to just walk right by without stopping? Who was in charge here? Why were there no good places to stand? -- I could barely separate the valid complaints (and of course, there were some) from the unreasonable ones.

After the last big name had filed into the armory, I split: Since journalists weren't allowed at the awards ceremony anyway, my only option was to go back to the press area a few blocks away and watch the show on video screens with my colleagues, and at that moment, I needed to be as far away from some of them as possible. Just as I was hightailing it out of there, and as the camera people and photographers were starting to pack up their gear, I heard one of them sum up the event with characteristic eloquence. "Whadda pigfuck!" he said. At that moment, there was only one thing that could have heightened the evening's aura of glamour for me: seeing him on the receiving end.