Unto us, a poster child is born

They are the heroes and victims upon which we affix life's tragic lessons and drill them into your head. Plus: Is James Ellroy snubbing L.A.? 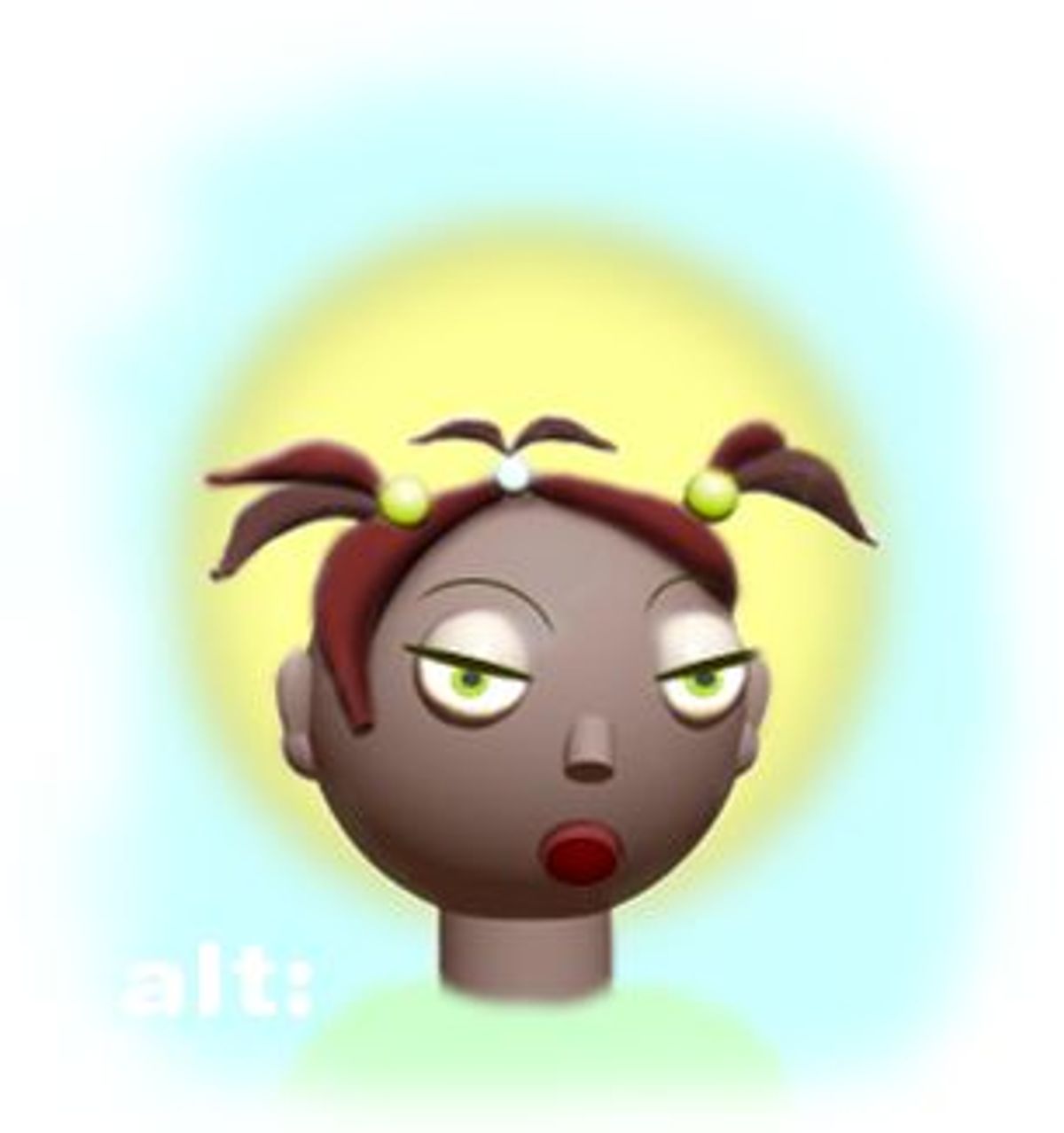 Elian Gonzalez, Cassie Bernal, Matthew Shepard: How we media types love our poster children. They are supposed to be the antidotes to soulless statistics, but turning a real-life tragedy into a nationally broadcast morality play often serves to cheapen, not amplify, it. How many times do we have to look at Matthew Shephard's boyish smile and slightly mussed hair before the horror he endured ceases to register?

But there's the conundrum. We're a nation that thinks with its eyes. We'd just as soon overlook unpleasantness -- unless it comes with a pretty face and a compelling story. So we dress up tragedy in a visual language and cross our fingers that we haven't pissed all over our object lesson's life or grave. We hope we've allowed our subject to retain his or her uniqueness, even as the story ratchets up thousands of hits on the Internet. They're yelling at each other again on CNN. A poster child is born.

"The Dutiful Daughter" by Jim Crogan

"Not just a nameless, faceless statistic on the city's traffic-accident rolls, Maria Luisa Forester, the 66th pedestrian killed on Los Angeles streets this year, was someone's daughter, mother and wife. On December 16, she would have turned 59." The author, Jim Crogan, is practically a witness to her death. She is struck by a vehicle, which doesn't stick around, just outside his house. In vivid, anguished language he relives those confused moments as he discovers her body, calls for help. He speaks with her relatives to find out who she was. Once he has painted a full picture, he shares how easily her death may have been avoided: a few additional street lights.

Crogan achieves the perfect balance between overdramatization and cold summation, which in turns allows his subject to be a poster child for a cause without sacrificing her uniqueness. Explaining this accomplishment, he writes: "As a reporter, I've seen plenty of human tragedy, covering cops, courts, gangs and corruption. I've also covered the L.A. riots and the war in El Salvador. But when I'm working, there's a switch inside me that automatically clicks off the emotions. It gives me some small distance from the trauma and sadness that I regularly encounter ... This was different. I was home."

"Her so-called life" by Lissette Corsa

Porsche Williams' life and death were indeed tragic, but there are too many lessons here to fit onto one poster: poverty, a mother who died of AIDS, pregnancy in middle school, a social network that failed to intervene and, finally, an abusive boyfriend who murdered her when she tried to leave him. Lissette Corsa clearly wants to blame someone for Porsche's death, but there is no clear culprit. Without a villain, the story loses its impact. This, of course, does not mean that Porsche's story doesn't deserved to be told -- though without cliched flourishes such as this one would be nice: "'Mama, I'm scared,' Porsche confessed before leaving the 91-year-old matriarch who helped raise her." The reality is, this victim's name and face will never be used to rally forces against the confluence of circumstances that resulted in her demise.

"Homeless for the holidays"

One might be tempted to write off this collection of interviews and photographs as traditional holiday guilting, were not New York Mayor Rudolph Giuliani so determined to make us all think of homeless people as subhuman. This is a battle of the poster children. The mayor is using the blond, sweet image of Nicole Barrett to arouse anger against all homeless people, even though she was attacked by just one man who wasn't necessarily homeless. The Village Voice counters his idiocy by giving names, faces and stories to those most would rather ignore.

What would have bolstered the effectiveness of this feature is the inclusion of children's photographs and stories. (Jennifer Gonnerman does profile one homeless family.) As Richard Goldstein points out in his essay, "Sanctioned Sadism," "the average homeless person in New York is a child. On any given night, about 5,000 families, including 9,000 children, make up most of the population in city shelters." Children, I might also add, look really good on posters.

The first item of this gossip column perhaps warrants a longer piece. Just as Los Angeles is finally ready to embrace homegrown James Ellroy, the noir author has settled down somewhere else -- Kansas City, Mo., to be exact. Furthering the slight, he's donated his literary papers to the University of South Carolina.

"Hot Enough for You?" by Mike Mosedale

The editorial staff at the Minneapolis/St. Paul City Pages clearly has a penchant for quirky, long -- and I do mean long -- "ordinary people doing extraordinary things" profiles. It is their forte. (I recommend the printout version.) They've published cover stories on mosquito exterminators, parade organizers, dirt-dishing grannies and now this: the local freelance weatherman who, incidentally, predicted global warning long -- oh, and I do mean long -- before anybody else. When done well, as this one is, they make for entertaining reads for slow, casual days and airplane rides.

Because you can never write too many articles about the fun and frolicking time had by all in Seattle last week, Mark Driver finds yet another angle from which to analyze the scene on the streets: fashion. "Seattle is set once again to unleash a national fashion craze. In the past week, cops and protesters alike modeled daring new looks on the world stage, accessorizing with bandannas, kneepads, and helmets, while sending strong hints that the new black is, well, black."