An open letter to the Holy See offers a simple, levelheaded solution for saving civilization from collapse. 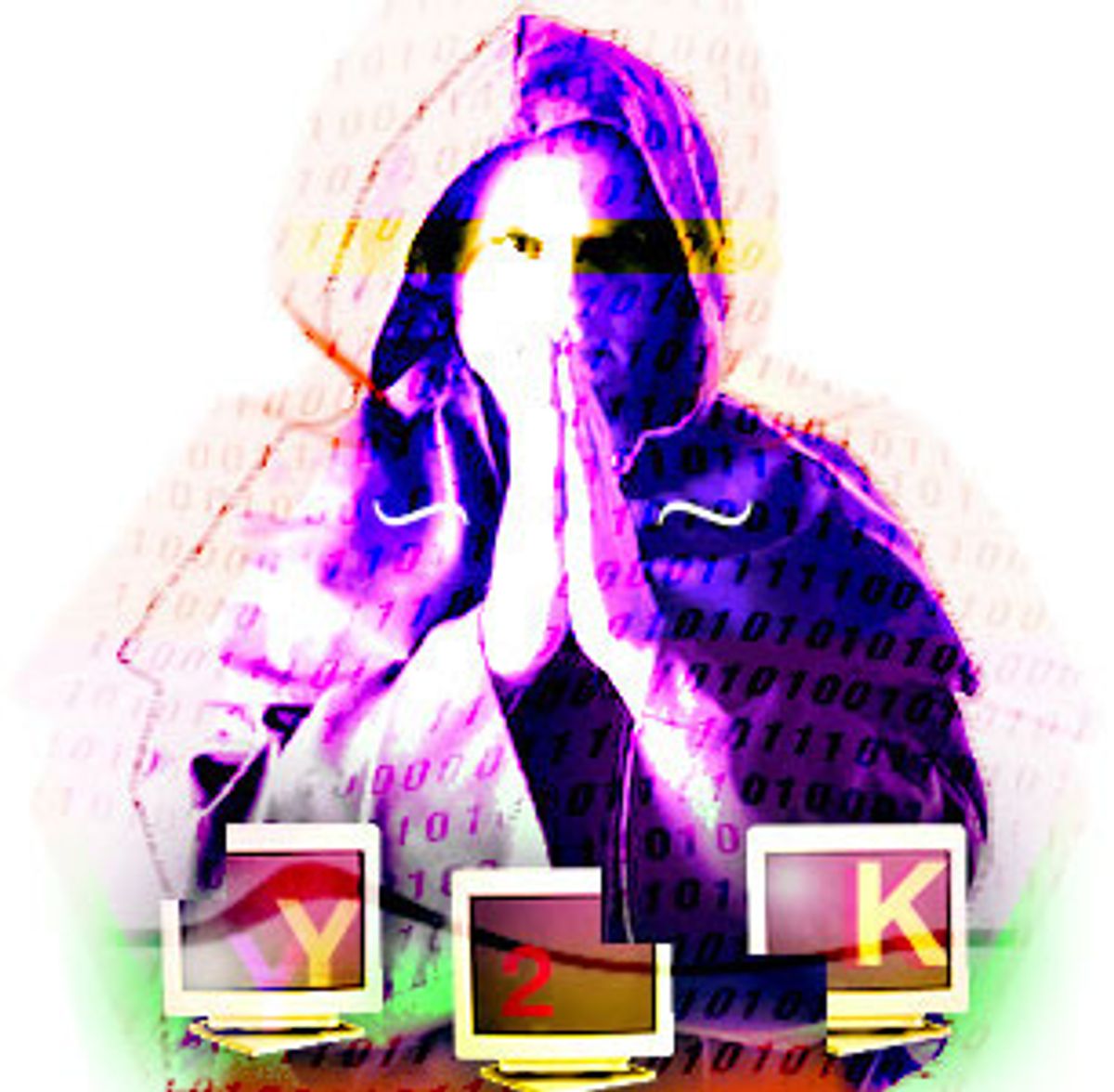 We have a Y2K problem. What are you going to do about it? After all, you invented the B.C./A.D. calendar. For the last 14 centuries, we have been using your system, and we bought your Gregorian upgrade. Yet, in the next A.D. (your trademark), your calendar will sabotage our software. We need your technical support.

Given the disproportionate ratio of computers to Jesuits, there isn't time to convert every microchip by the Dec. 31 deadline. Since you survived the last Dark Ages, you'll understand our fears of malfunctioning VCRs. To avert the end of civilization, you must grant us a 12-month extension. As the inventor and proprietor of the Gregorian calendar, please consider declaring next year to be 1999A.

That clerical subterfuge should placate our computers. Once we have reprogrammed our contraptions, we can resume the traditional A.D. sequence. Of course, you may have qualms about tampering with a sacred chronology. Don't worry about that: Your calendar is already wrong.

Next year will not really be A.D. 2000. According to the most charitable calculation, it will be A.D. 2004. Your mistake dates back to the early sixth century. Until then, even the church was using the pagan calendar. That chronology was based on the legendary founding of Rome; as a cross-reference, it also cited the reign of the prevailing tyrant. For example, if you check the Vatican archives, the notarized date for the Nicene Creed would read "in the 1,078th year of Rome and in the 19th year of Constantine." You obviously needed a shorter and less pagan date.

In the 1278th year of Rome (alias A.D. 525), the church finally converted its calendar. The new chronology, based upon the birth of Jesus, was calculated by a mathematical monk named Dionysius Exiguus. Dionysius is not the most trustworthy name for a mathematician or a monk. In fairness, however, the poor guy was doing division with Roman numerals. It is amazing that his chronology was wrong by only four years. The church apparently caught the error, because you never made Dionysius a saint. Yet, you did not correct that mistake. Given your ecumenical attitude about arithmetic, next year might as well be 1999A.

As an infallible institution, you may be reluctant to confess a mistake. So don't! Just blame Dionysius. He's a perfect scapegoat. First, it actually was his fault. Better yet, the man was a Byzantine. He's easy to hate. Although the Byzantines are only remembered as an adjective, they have become the epithet for politics, bureaucracy, medical billing procedures and whatever else defies reason or decency.

In fact, those medieval Greeks were unbearable. Flaunting their wealth and erudition, they fancied themselves as the only civilized people in Christendom. Unfortunately, they were; but that is all the more reason to resent them. Of course, the church wouldn't hold a grudge for 12 centuries -- but remember how those rich patriarchs of Constantinople sneered at the threadbare bishops of Rome? You could get even with those medieval Ivy Leaguers and say that the Y2K crisis was a Byzantine plot.

The Byzantines make wonderful scapegoats. They're eminently notorious, effortless to hate, yet impossible to hurt. The Byzantines aren't here anymore, and no one claims them for ancestors. Modern Greeks would rather ignore their creepy medieval phase. Knowing what draws tourism, they claim immediate descent from Homer and Pericles. Blame the Byzantines for the wrong calendar, and no one will object. There will be no defenders and no victims: the perfect persecution. Pius XII would have loved it.

If, however, the brazen bigotry seems like a bad habit, you have an alternative. Being the church, you can call next year whatever you like. Omnipotence has its advantages. Furthermore, you have historical precedence for changing the calendar. In 1582, the church handled a leap-year discrepancy by installing the Gregorian upgrade. The new calendar did require a few clerical adjustments. Thursday, Oct. 4 was followed by Friday, Oct. 15. Some people actually thought that their lives had been shortened by 10 days. Yet, complaints were minimal; the Inquisition had a way with customer service. Everyone learned to love the Gregorian calendar.

So, please change next year to 1999A. You have the power to save civilization from chaos and collapse, from barbarism and destitution.
Of course, I realize the irony of this request. We are trying to avert the Middle Ages, and you are quite nostalgic for it. Thanks anyway.