Show Me a Hero: A Tale of Murder, Suicide, Race, and Redemption

Show Me a Hero: A Tale of Murder, Suicide, Race, and Redemption 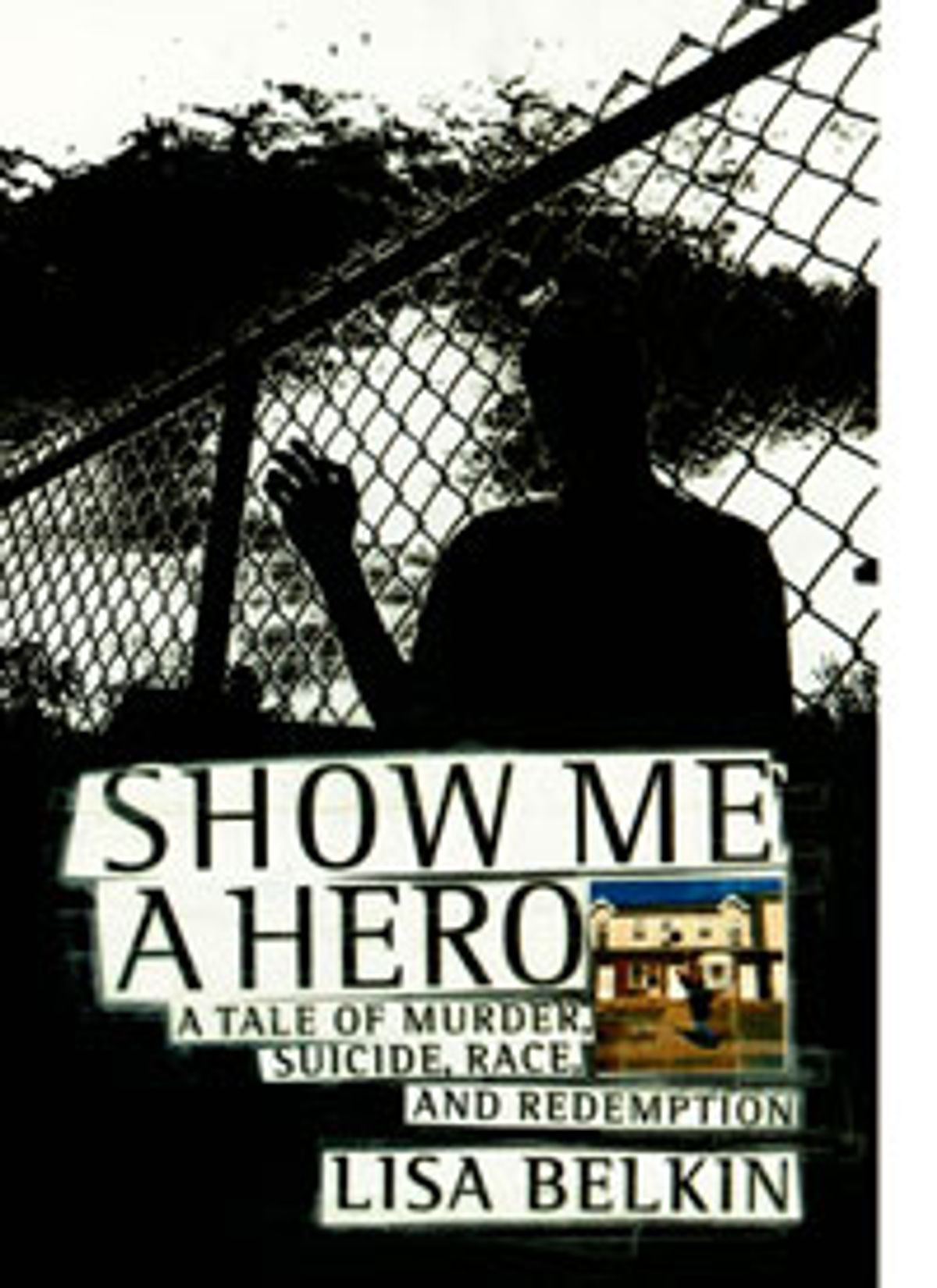 "Happy birthday to me, happy birthday to me." Billie Rowan was humming to herself as she walked up and down the stairs of 115 Gaffney. This was the first place she had ever lived that had stairs, and she was fascinated with them. She was unpacking slowly, one item at a time, shaking each plate, pot, and hairbrush loose from its wrapping of newspaper.

How cheerful to move on your birthday, she thought, with boxes of surprises to unwrap. It didn't matter as much that her only gift for her twenty-second birthday was five dollars from her mother, tucked into a Hallmark card. There was nothing from John, yet, and the children could hardly be expected to shop. So her own belongings would have to do, and she felt a childlike thrill when the newspaper fell away and revealed something that belonged in a bedroom or bathroom, because it meant another sprint up and down the stairs. Seven steps up. Pause. Turn. Six more steps, and you were upstairs. Those thirteen steps made this a real house, not just another apartment. And, just maybe, a real house would lead to a real life, with a man who was home, not in prison, and two children who did something besides try her patience.

"You'll curse those stairs one day," her mother had warned her. But it had been a long time since she had listened to her mother.

By dinnertime, her few boxes were more or less unpacked and she had run out of reasons to run up and down. She and the kids ate some farina (she would have to do some shopping, soon) and sat on the bed in her bedroom, watching television.

A few minutes had passed when a noise that did not seem to come from the TV caught Billie's attention. She went down the stairs, slowly this time, with tension rather than joy, but found nothing wrong in the living room or kitchen. She opened the downstairs closet. Nothing. The back door. Nothing. The front door. Nothing. Everything was quiet -- so quiet that opening and closing all those doors seemed a rude intrusion.

She went back upstairs and settled herself on the bad when there was a second noise, different from the last but equally unfamiliar. She went downstairs again, and again she found nothing. The problem, she thought, wasn't the noise, it was the quiet. She could not remember ever being anyplace this quiet. Then came another noise, another search, a fourth noise, a fourth search. Finally she turned off the television and began to put a few of her newly unpacked belongings -- toothbrushes, diapers for the kids, clean underwear --into a bag.

She would go to her mother's apartment in Schlobohm, she decided. After all, it was her birthday. Her mother would want to spend her birthday with her. And Shanda and little Johnny would be more comfortable there tonight. It would just be for one night. Except, of course, she had all those errands to run tomorrow -- groceries and things, maybe a new outfit for John's first night home -- and the only stores she really knew were on the west side.

Maybe she would stay at her mother's tomorrow night, too.