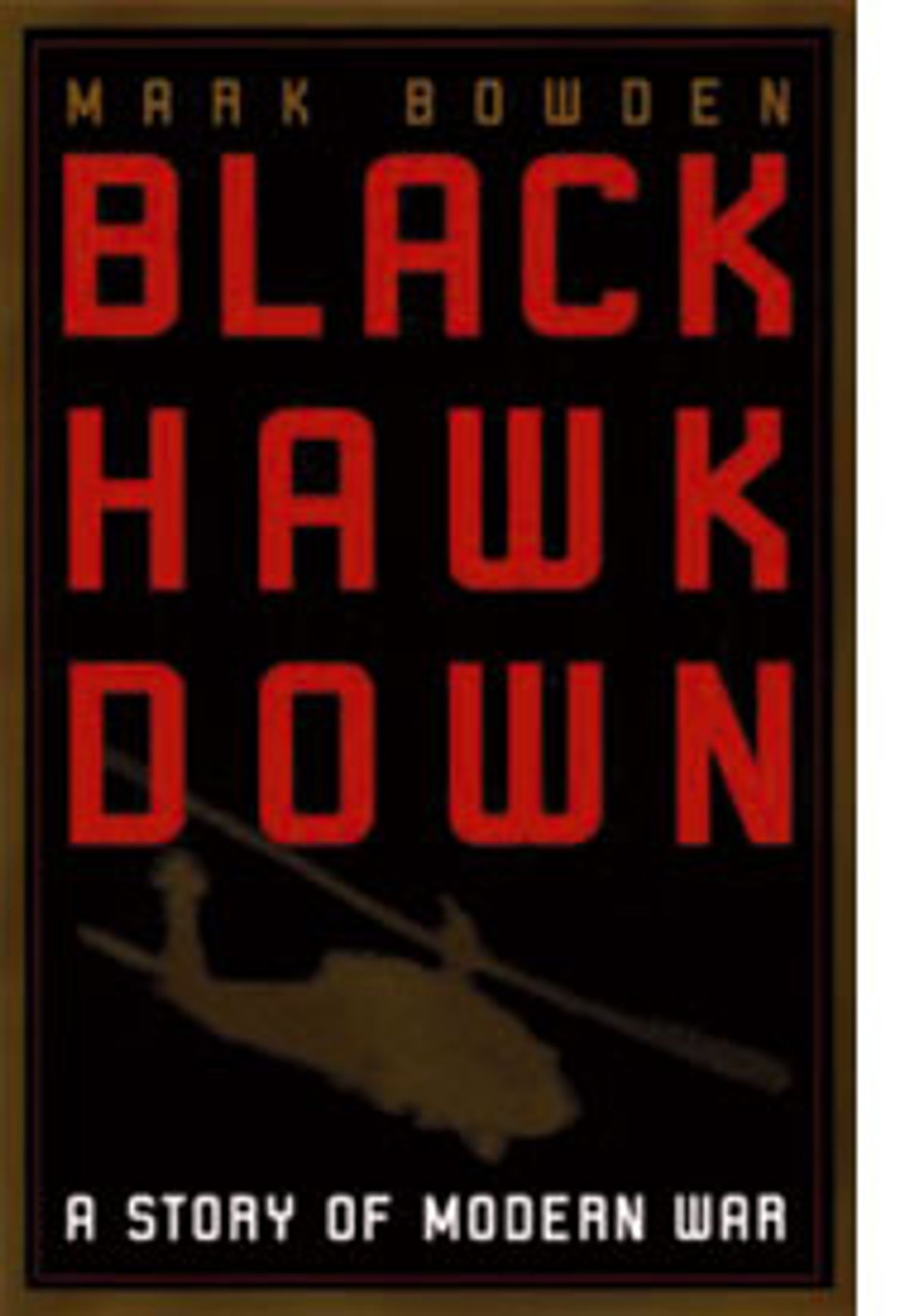 So the convoy now made a U-turn. They had just driven through a vicious ambush in front of the target house and were now turning around to drive right back through it. Men in the vehicles behind could not understand. It was insane! They seemed to be trying to get killed.

Things had deteriorated so badly that up in the C2 bird Harrell was considering just releasing the prisoners, their prize, the supposed point of this mission and of all this carnage. He instructed the Delta units on foot now closing in on the first crash site:

-- As soon as we get you linked up with the Uniform element throw all the precious cargo. We're going to try and get force down to the second crash site.

The voices from various helicopters now trying to steer poor McKnight recorded the frustration of his fruitless twists and turns.

-- They just missed their turn.

-- Take the next available right, Uniform.

-- Be advised they are coming under heavy fire.

In this terrible confusion the men on the convoy saw strange things. They passed an old woman carrying two plastic grocery bags, walking along calmly through the barrage. As the convoy approached, she set both bags down gently, stuck fingers in her ears, and kept on walking. Minutes later, heading in the opposite direction, they saw the same woman. She had the bags again. She set them down, stuck fingers in her ears, and walked away as she had before.

At every intersection now Somalis just lined up, on both sides of the street, and fired at every vehicle that came across. Since they had men on both sides of the street, any rounds that missed the vehicle as it flashed past would certainly have hit the men on the other side of the road. Sergeant Eversmann, who had found some better cover for himself in the back end of his Humvee, watched with amazement. What a strategy! He felt these people must have no regard for even their own lives! They just did not care!

The city was shredding them block by block. No place was safe. The air was alive with hurtling chunks of hot metal. They heard the awful slap of bullets into flesh and heard the screams and saw the insides of men's bodies spill out and watched the gray blank pallor rise in the faces of their friends, and the best of the men fought back despair. They were America's elite fighters and they were going to die here, outnumbered by this determined rabble. Their future was setting with this sun on this day and in this place.

Schilling felt disbelief, and now some guilt. He had steered the convoy the wrong way for at least part of this calamity. Stunned by the confusion, he struggled to convince himself this was all really happening. Over and over he muttered, "We're going to keep driving around until we're all fucking dead."

Mark Bowden is the author of "Black Hawk Down: A Story of Modern War."