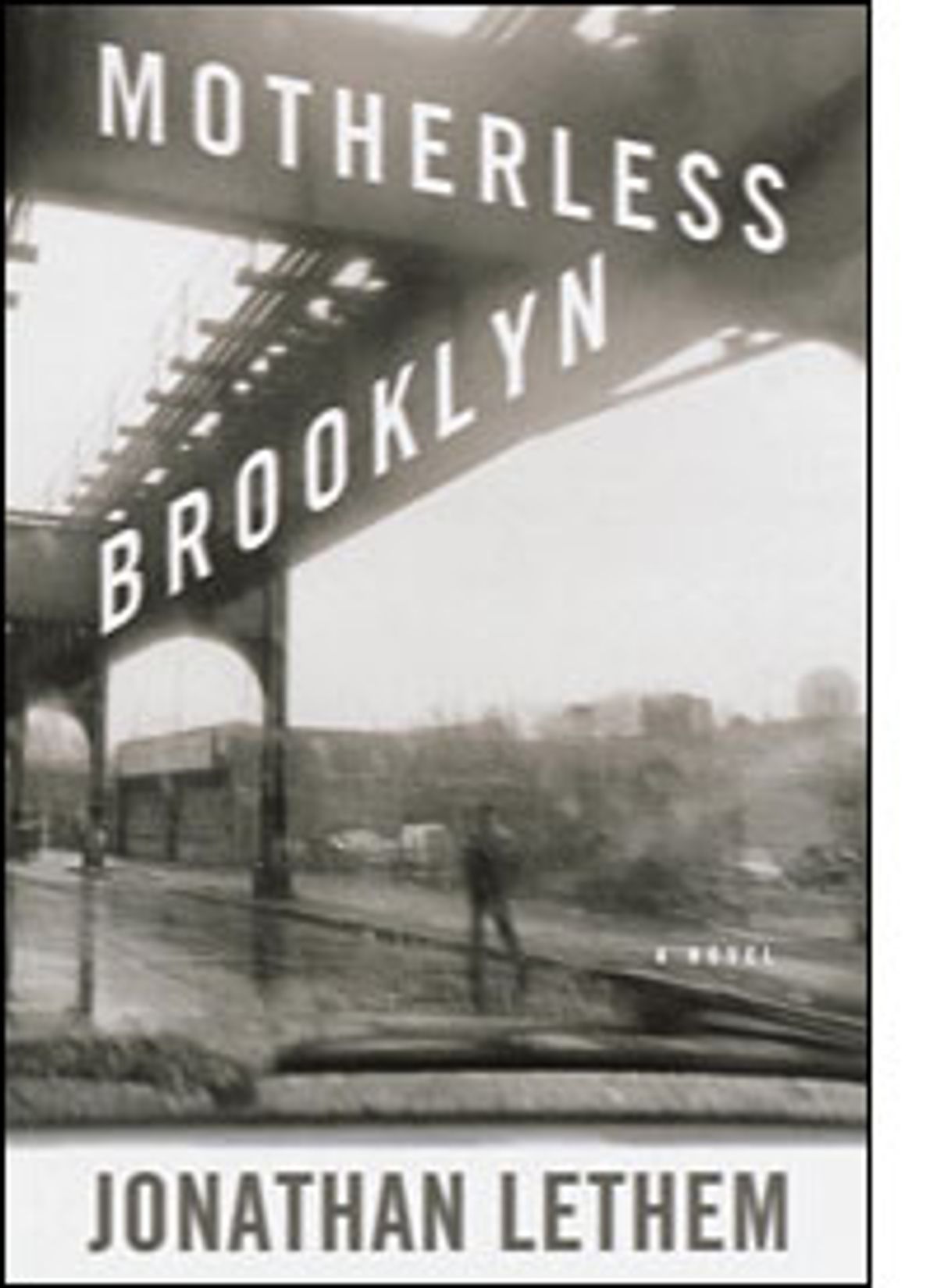 "You're gonna be all right?" Coney was asking and willing it at once.

Minna smiled. "You know what I want out of you, Freakshow? Tell me a joke. You got one you been saving, you must."

Minna and I had been in a joke-telling contest since I was thirteen years old, primarily because he liked to see me try to get through without ticcing. It was rare that I could.
"Let me think," I said.

"It'll hurt him if he laughs," said Coney to me. "Say one he knows already. Or one that ain't funny."

"Since when do I laugh?" said Minna. "Let him tell it. Couldn't hurt worse than your driving."

"Okay," I said. "Guy walks into a bar." I was watching blood pool on the backseat, at the same time trying to keep Minna from tracking my eyes.

"So guy walks into a bar," I said again. "With an octopus. Says to the bartender 'I'll bet a hundred dollars this octopus can play any instrument in the place.'"

"So the bartender points at the piano in the corner says, 'Go ahead.'

Guy puts the octopus on the piano stool -- Pianoctamus! Pianoctamum Bailey! -- octopus flips up the lid, plays a few scales, then lays out a little itude on the piano."

"Getting fancy," said Minna. "Showing off a little."

I didn't ask him to specify, since if I had he'd surely have said he meant me and the octopus both, for the itude..

"So guys says 'Pay up,' bartender says 'Wait a minute,' pulls out a guitar. Guy gives the octopus the guitar, octopus tightens up the E-string, closes its eyes, plays a sweet little fandango on the guitar." Pressure building up, I tagged Coney on the shoulder six times. He ignored me, driving hard, outracing trucks. "Guy says 'Pay up,' bartender says 'Hold on, I think I've got something else around here,' pulls a clarinet out of the back room. Octopus looks the thing over a couple of times, tightens the reed."

"He's milking it," said Minna, again meaning us both.

"Well, the octopus isn't good exactly, but he manages to squeak out a few bars on the clarinet. He isn't going to win any awards, but he plays the thing. Clarinet Milk! Eat Me! Guy says 'Pay up,' the bartender says "Just wait one minute,' goes in the back rummages around finally comes out with a bagpipes. Plops the bagpipes up on the bar. Guy brings the octopus over, plops the octopus up next to the bagpipes. Octapipes!" I paused to measure my wits, not wanting to tic out the punch line. Then I started again, afraid of losing the thread, of losing Minna. His eyes kept closing and opening again and I wanted them open. "Octopus looks the bagpipes over, reaches out lifts one pipe lets it drop. Lifts another lets it drop. Backs up, squints at the bagpipes.
Guy gets nervous, comes over to the bar says to the octopus -- Accupush! Reactapus! -- says to the octopush, fuckit, says gonnafuckit -- says 'What's the matter? Can't you play it?' And the octopus says 'Play it? It I can figure out how to get its pajamas off, I'm gonna fuck it!'"