He got me to sing -- pretty good for a one-day marriage. 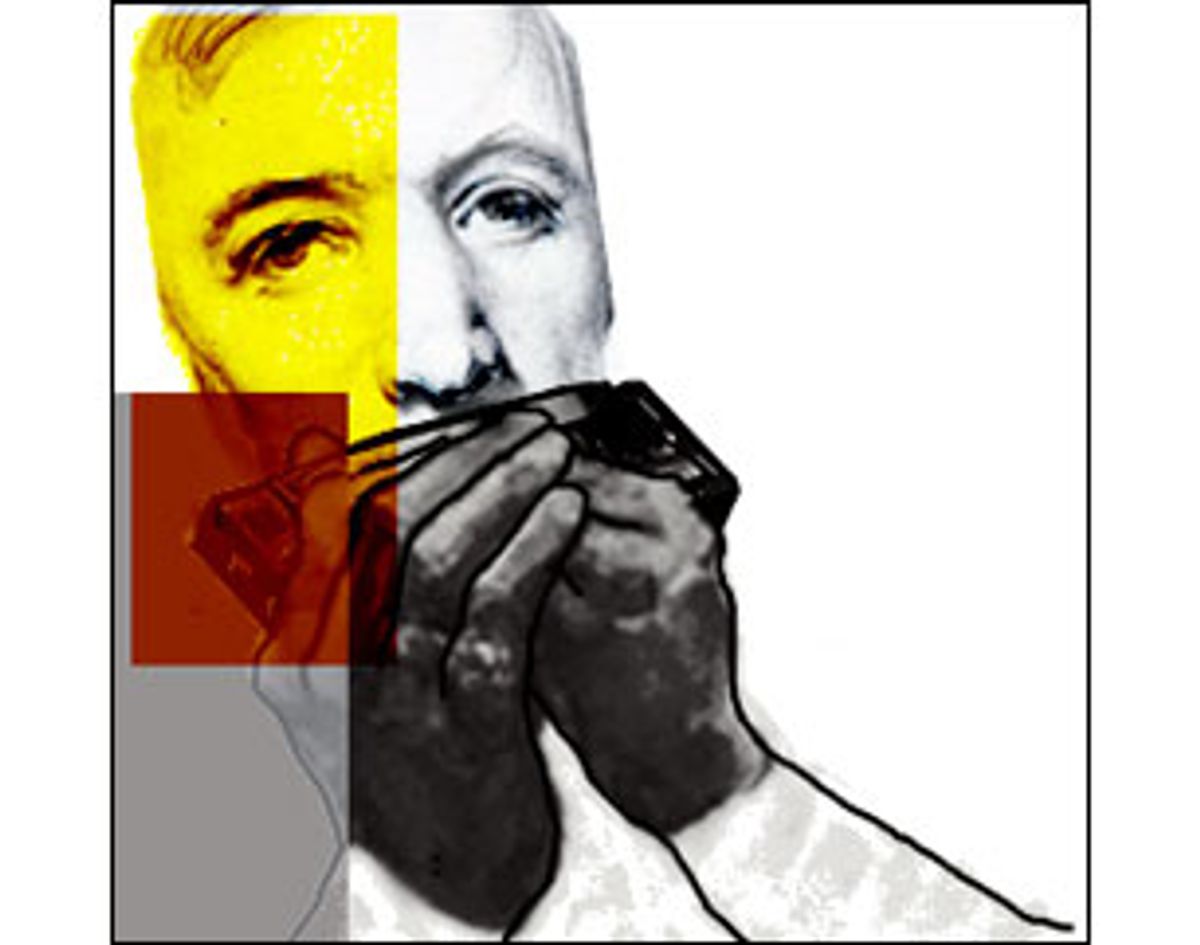 I don't even notice the name of the solitary place lit only by a purple sign, reading "Wine Bar & Bistro." I would expect such a place in France, but not in Galway, where smoky Irish pubs match their woodwork to the color of Guinness. The Austrian I just met, Hermann, holds the door open and somebody from our group says, "Bienvenue." Welcome. Perhaps it is I who say it.

Inside, our motley crew from the Quay Street Hostel -- Hermann and I, plus a German and an Australian -- orders two bottles of Spanish Rioja. Hermann has brought us here -- Hermann, who arrived in Ireland two weeks ago to study English while on vacation. The reason we aren't reveling in a traditional Irish jam session in a traditional Irish pub soon becomes clear: Hermann plays the harmonica, and earlier in the day he met local bluesman Junior Thompson on the beach, and they arranged to meet here for their own "sesiun."

For the next few hours, Hermann and Junior riff through their play list. During the breaks, Hermann and I get to know one another.

He asks what I do. I am a writer, I tell him, pointing to my journal, which never strays from me. It is more important than my passport, I say.
He seems impressed, perhaps -- I guess -- because we are both artists.

Through Tarzan English, I learn that Hermann wants to teach the "harp" -- the harmonica -- to children. For now, he conducts trains in Austria. We're the same age. His mother is an angel, he claims. He tells me about an old man from Switzerland he took to Seattle for a harmonica workshop; it was the first time the man had left his country. For a full week they played until dawn with the world masters of the instrument. All of this Hermann tells me by patiently finding the right words in his Austrian-English pocket dictionary.

I don't know why, but I get goosebumps when he tells me these things.

We close down the bistro. The German girl and the Australian boy are kissing over their half-full wine glasses. Hermann and I give them their privacy.

Outside, near the cab stand, he bows at his waist before me, then sweeps me into a waltz while humming "Blue Danube." I can feel the vibration in his chest. I like his tall, straight, European posture, like the heat from his palm on the small of my back. His
laugh seems to saturate the air; his eyes light the night.

From far away, I hear the cabbies clap.

Back at the hostel, on the fire escape, Hermann shares his last cigarette. Above us, the Mary Poppins rooftops of Galway frame a starry morning sky.

Shoulder to shoulder, he asks, "If you have one wish, what do you wish?"

"I have everything I want."

He grins, "I wish for a thousand more wishes." Then, "Tomorrow, I come to Cork with you, ja?"

"I'll think about it," I say again. We pull apart for our own bunks in the stuffy, co-ed dorm room.

There is really nothing to think about. In the morning, on the bus to Cork, he lays his head in my lap. He has one hand up the back of my shirt, soft fingertips stroking my spine. I help him practice English while shades of green roll past us.

"Have you ever made love on a bus?" he asks.

"Not with an Austrian."

We laugh a lot. I feel delicious enjoying such moments with Hermann. I notice the cocked heads in front of us, tipped to catch a piece of our private world.

He and I are of different minds here: I would prefer to leave these strangers out; Hermann would invite them to join us. When we stop in a small village, he gets off to smoke a cigarette while I cradle his water bottle between my knees. From the front of the bus he grins at me, but meets the eye of every passenger as he wades back toward the pillow of my lap. He connects everyone to our story.

At the hostel in Cork, Hermann bellows out his jokes and laughs heartily even if the punchline is lost in translation. He makes a round of smiles at all of the guests while embracing me in one of his frequent hugs. Everyone smiles back.

"How long have you two been married?" someone asks. I feel a surge of heat at the edges of my grin.

It will last for only two more days, but for now, we are tired of traveling alone.

Later, he asks, "Why do you write everything?"

We do our laundry on MacCurtain Street with a handful of others; some are travelers on their own, taking it easy in the Irish rain. Hermann tosses my clothes in with his and brings out the harmonica, squeezing out a plaintive but familiar tune. His eyes are dancing, full of hope like the songs he plays. Even the rain bounces off the windows now instead of streaming like tears.

He pauses and points at me with his silver, rectangular wand, "You sing!"

"I don't sing," I say, laughing, but I'm serious. There are strangers around.

"You sing! Everybody can sing. Just sing what is on your mind," he commands.

He doesn't see the people -- or maybe he does and an audience is what he wants for me. He places the harp back to his lips. Where his smile fades, the blues start.

I keep shaking my head, punctuating the fact that I will not sing. He cues me again. And when our eyes meet -- the music playing between us -- I feel my journal slip to the floor. It is a sudden desire to give him anything he wants; a simple, easy gift.

The corners of his mouth peek up from behind the silver metal and I'm drawn to his open lap. He starts in on a sultry tune. The strangers are not strangers anymore as my eyes meet theirs over the cry of Hermann's harp. The Pakistani steps away from the window and, watching us, leans languidly against the table. The Asian folds his clothes and I catch a smile on his face. A toddler stares unabashedly while her mother stops fidgeting with the detergent bottle.

From far away, I hear two palms come together in a quiet but spell-breaking clap.

As we step back into the street, the door is held open by the Austrian I just met, and I catch sight of the familiar sign found above Irish doorways: "Cead Mille Failte." A thousand welcomes.