"When Bad Things Happen to Other People" by John Portmann

A new look at Schadenfreude forgives us that nasty vice, but doesn't let us have much fun with it. 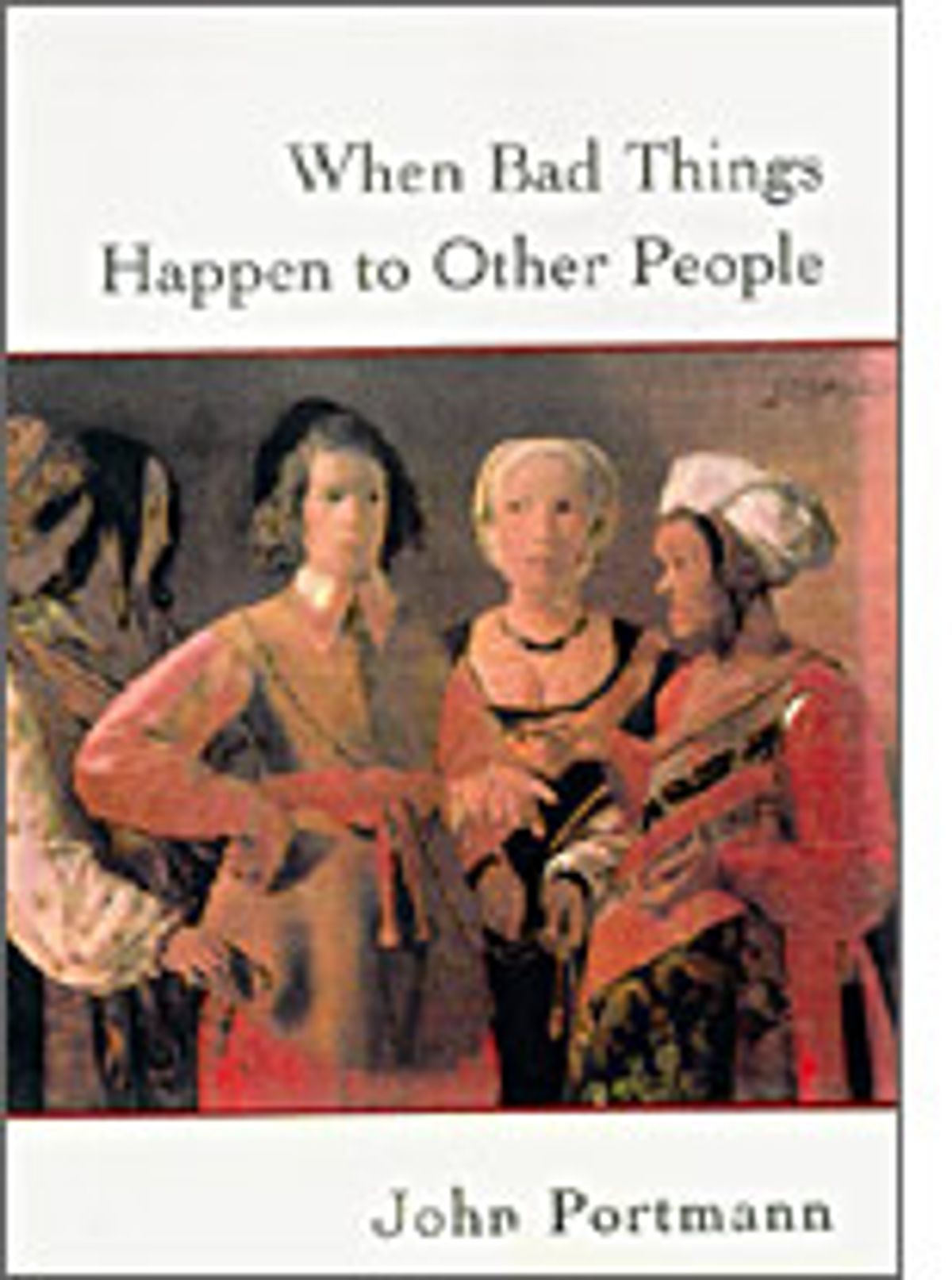 You might think that a feeling so wicked we don't even have a word for it
in English must be a pretty rare thing. But a nasty enjoyment of the misfortunes of others is universal, even though the only word we seem to have for it is in German.

John Portmann's "When Bad Things Happen to Other People" is a serious look at our mysterious human impulse to take perverse pleasure in
each other's pain and a noble attempt to understand a basic and often
unbidden response. But Portmann, a Ph.D. in philosophy who specializes in
religious ethics, is so consumed with definitions that he takes a perfectly
dishy little vice and turns it into a cold, dull mass. He spends too much time holding Schadenfreude up against envy, malice and anger, nitpicking about the subtleties of meanings. It's unfortunate that an author who has such an easygoing, forgiving relationship to our fragile human nature can be such a stick-in-the-mud over semantics.

It's not that "When Bad Things" is completely without a vicious appeal. Portmann
digs out both fictional and autobiographical examples of
Schadenfreude from the likes of Dickens, Kafka and Twain, and they
make for a telling compendium of nastiness. The author himself gives a
persuasive rebuttal to both historical and contemporary moralists, such as the
19th century English archbishop who believed the very word
Schadenfreude spoke ill of a culture that could have it in its
lexicon. Not so, says Portmann. After all, isn't the same kind of response
at work when we feel gladness at the punishment of a criminal, or when we
laugh at the pratfall of a comedian? Take away our Schadenfreude, he
argues, and our sense of righteousness and our sense of humor are pretty much
washed up, too.

If only Portmann had allowed himself more freedom to roam through the
mind instead of the dictionary, he might have produced a provocative and highly
readable work. He also repeatedly draws on the works of Schopenhauer,
Nietzsche and Freud either to dispute or to support his own arguments, and
let's face it, those guys aren't exactly a holy trinity of fun. A little
more effort spent on other sources, and a little less returning to the same
well again and again, would have given the book some much-needed balance.

Portmann certainly isn't under any obligation to turn dark emotions into
breezy reading, and the complexities of morality go deeper than a witty
Oscar Wildean sound bite. But it seems a waste of some terrific insights into our psyches to put them in the service of something so dusty and academic. There's something very disappointing in a book that's all about pleasure, particularly the illicit kind, but contains so few pleasures itself.