The Spanish way to heaven 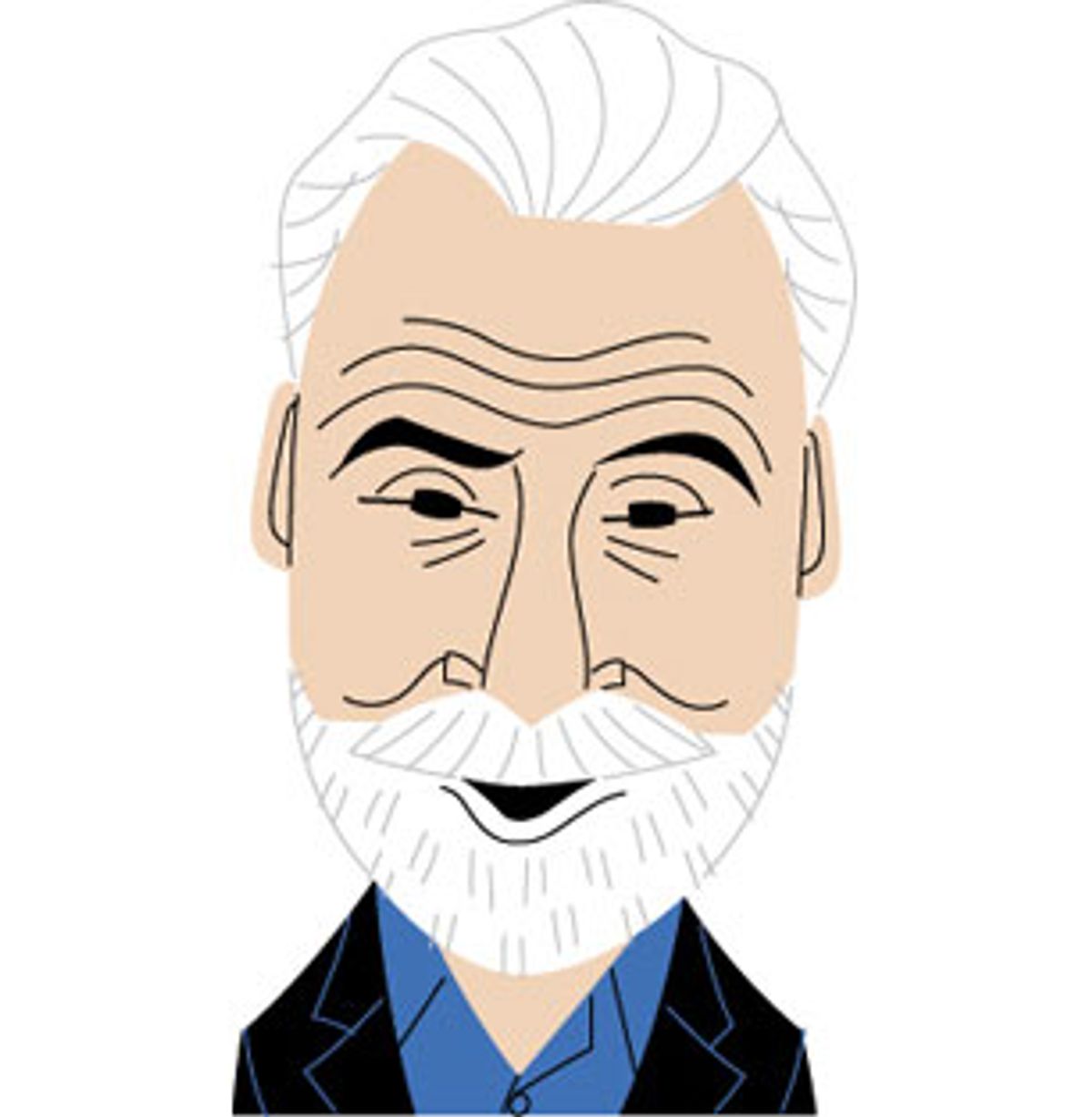 During the 1100s, the Christian Church had three Holy Cities: Jerusalem,
Rome and Santiago de Compostela on the northwest tip of Spain. If you made
the trip to one of these cities, the church would reduce the impact of your
sins in the afterlife. It was called an indulgence. Getting to Jerusalem
was a difficult and dangerous journey. Rome was a much easier trip, but
getting an indulgence in Rome was complex and you were never sure what was
going to happen when you got there. Santiago de Compostela was your best
bet -- not a shoo-in, but the route was clearly marked and well-established
resting places had been set up across northern Spain.

During the 12th and 13th centuries, tens of thousands of pilgrims made the
trip each year, aided by the first travel guide ever published. The
"Codex Calixtinus" was written by a monk and published in 1130. It
warned the pilgrims about dangerous neighborhoods and where the food was
good or bad; if there had been toilets, it would have rated their
cleanliness. It was the Mobil guide of the moment.

When the pilgrims got to Santiago, they were given a Composelana, a
document proving that they had made the trip and confirming the reduction
of their time in purgatory. If, however, they made the trip during a Holy
Year -- when St. James' Day, July 25, fell on a Sunday -- then all
their time in purgatory was forgiven and they could go directly to heaven,
without passing GO or paying $200.

Santiago was on the heavenly route because the local cathedral held the
bones of James the Greater, the older brother of John the Evangelist. After
Christ's crucifixion, he had been sent as a missionary to Spain. He had worked
there for seven years without accomplishing much, then given up and headed
back to Jerusalem, where he was put to death by Herod Agrippa --
thereby becoming the first of Christ's apostles to be martyred.

James' disciples returned his body to Spain, but the site of his burial
was forgotten until 814, when a shepherd was guided to the spot by a shower
of stars. This is how the place got its name -- Santiago de Compostela
translates to St. James of the Field of Stars.

Thirty years later a vision of St. James appeared during a battle and led
Ramiro I to a victory over the Moors, who had been occupying Spain since the
early 700s. This put an end to the memory of St. James as a missionary;
henceforth he was memorialized as "St. James the Slayer of the Moors,"
patron saint of Spain and emblem of the Reconquest.

At the time, discovering the bones of a saint was a big deal and
illustrated the power of the church. It was also big business. The
Benedictine abbey at Cluny in France was the most powerful Christian
organization in the neighborhood, and pushing the Moors out of Spain was
very much in their interest. They encouraged their French subjects to set
up businesses along the route from Burgundy to the tip of Spain, and to
build churches and hostels along the way. They also taught the locals to
make wine, which along with brandy was a major industry for the
Benedictines.

The church was entitled to 10 percent of everyone's action. The majority
of the faithful, however, were peasant farmers. If the church got paid in
farm products, the shelf life was short and reselling the goods for cash
was difficult. On the other hand, if the peasants could be taught to make
good wine, then the church could take its celestial commission by the
barrel, an infinitely preferable alternative. Wine could be stored for
years, it could be shipped from one abbey to another and it could be traded
for just about anything -- and sometimes it even increased in value with
the passage of time. And thus, as the Benedictine monks moved through northern Spain,
they blessed the locals with their winemaking expertise.

The glories of Getaria

Pilgrim or not, if you are traveling along the north coast of Spain, the town of Getaria is worth a stop. Just down the road from the new Guggenheim Museum in Bilbao, it's famous as the hometown of Juan Sebastian Elcano, the navigator on Magellan's voyage around the world.

Most popular literature has Magellan as the first person to sail around the planet, but this is not true -- Magellan died midway, in the Philippines. It was Elcano who completed the voyage home and who should be given credit. The noble statue of him in Getaria's town square is a thoughtful gesture, but it's really not enough. The man needed a better agent.

Getaria is also the center for the production of a local wine called txakoli, which is made from the grapes grown on the nearby hills. Young,
sparkling and fruity, it is poured from a bottle held a few feet above the glass, on the theory that this little journey aerates the wine and increases its sparkle.

Getaria has a number of good restaurants that specialize in the outdoor grilling of fish that come from the town's port. The grills are set up outside, near the entrance to the restaurants, and your selection is cooked to order.

Now that we're on the subject of great Basque food, here is a local recipe adapted for the American home kitchen by Gerald Hirigoyen, who runs two terrific restaurants in San Francisco -- Fringale and Pastis -- that specialize in Basque cooking. He is also the author of "The Basque Kitchen," a definitive work on the subject published in 1999 by HarperCollins.

(adapted from "The Basque Kitchen: Tempting Food from the Pyrenees," by Gerald Hirigoyen with Cameron Hirigoyen)

This dish was inspired by Gerald Hirigoyen's uncle's tuna and onion casserole. He would put a big tuna steak in a casserole dish and cover it with onions and a little oil. Then he cooked it on top of the stove for a long, long time. When Gerald came to California and tasted ahi tuna cooked rare like a steak, he was hooked. So he adapted his uncle's combination of ingredients to the West Coast cooking style. This same preparation, served on a steaming bed of green lentils, was the most popular dish on the opening menu at Fringale in 1991. Every time he tried to retire it, the customers would stage an uproar.

To make the onion marmalade, warm 1/4 cup olive oil in a medium sauti pan over medium-high heat. Add the onions and sauti until they turn golden brown, about 10 minutes. Stir in the vinegars, water, 1 teaspoon salt, 1/4 teaspoon pepper, sugar and piment d'Espelette. Bring to a slow boil and cook until the liquid is completely evaporated, about 15 minutes. Remove from the heat and set aside.

In a separate medium-large saucepan, warm 1 tablespoon olive oil over medium-high heat. Sprinkle both sides of the tuna steaks with salt and pepper. Sear them until medium rare, about 2 minutes on each side, depending on the thickness of the tuna.

For each serving, spoon the green lentils (see below) onto the center of the plate. Place a tuna steak on top and cover with onion marmalade.

Put the bacon in a saucepan and cover with water. Bring to a simmer over
moderately high heat; drain, rinse and drain again.

Warm the duck fat or butter in a large saucepan over medium-high heat. Add the bacon to the pan and sauti for 1 minute. Add the onion and garlic and sauti for about 3 minutes longer. Add the lentils, the bouquet garni, water and salt and pepper to taste. Bring to a boil.

Reduce heat to medium and cook until much of the liquid has evaporated, and the lentils are tender and moist, 25 to 30 minutes.

Just before serving, add the butter, olive oil and balsamic vinegar, and reheat. Stir together well. Season with salt and pepper to taste.

*This is composed of two sprigs each of parsley and thyme and two bay leaves tied together with kitchen string.

Return of the pilgrims

Following the Protestant Reformation, the market for indulgences dropped off and the pilgrimage business declined. However, there has been a recent resurgence. During the Holy Year 1993, over 100,000 pilgrims followed the old route, and 2000 is expected to be a banner year for pilgrimages as well. New hotels and inns are being built to accommodate the traffic.

To qualify as an authentic pilgrim, you must walk a minimum of 62 miles, but you can also meet the requirement by biking for 124. Inline skaters have made petitions but as yet there is no official ruling. And if you're considering a skateboard, forget about it.

It is essential to start with a letter from your parish priest and a record book that gets stamped along the way. Shirley MacLaine is said to have made the trip at least twice.