Nas' career has a Wellesian scale. The rapper's gone from "Kane" to Gallo in five records. 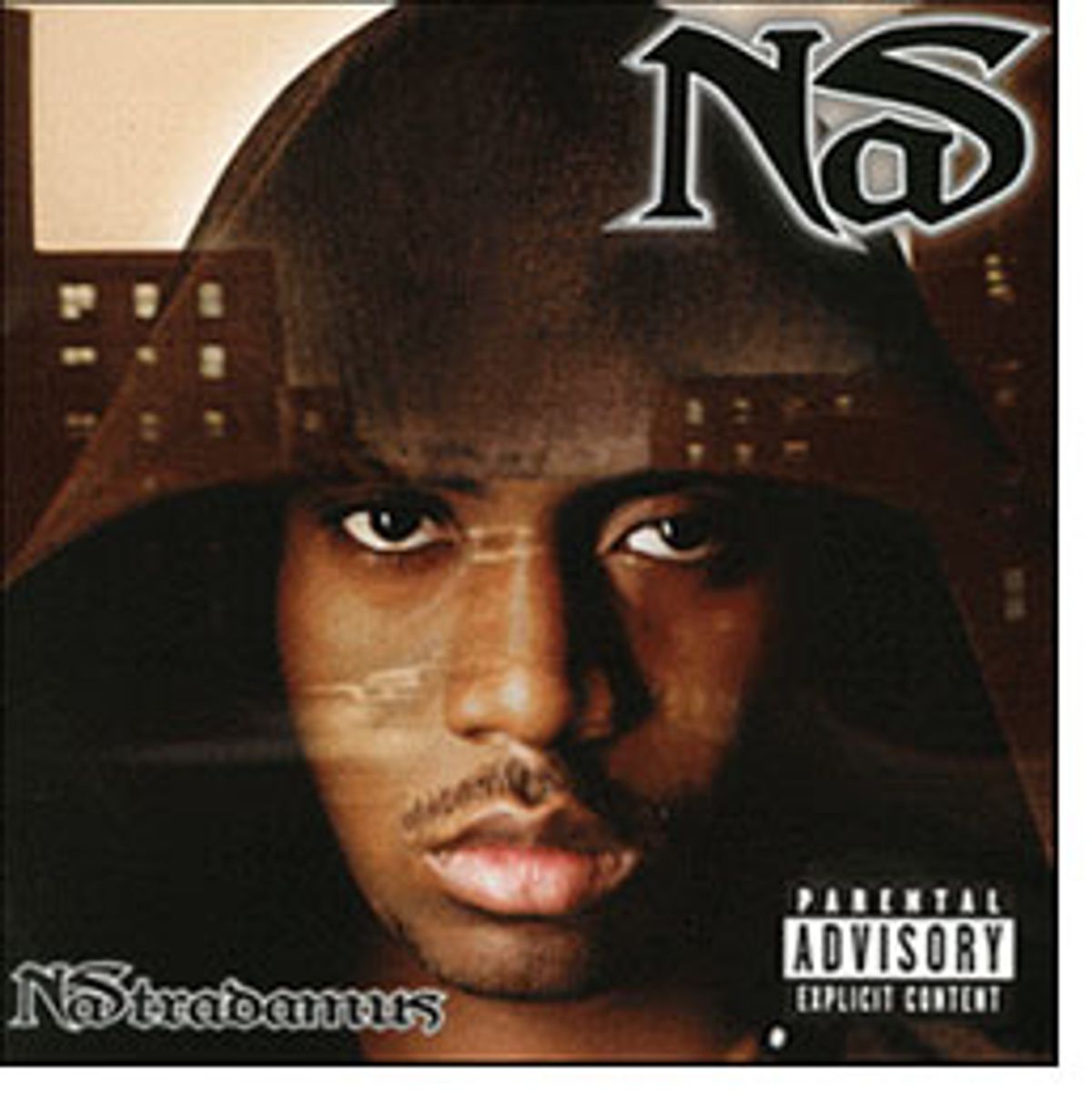 Talk about peaking early. In the hilarious and epoch-defining "Ego Trip's Book of Rap Lists," the authors sit "around the campfire and debate the exact moment in which the career and credibility of Big Daddy Kane came tumbling down." (Just so you know, they decide it was Kane's purple paisley suit in the 1991 video for Heavy D's "Don't Curse.") No one really needs to debate when Nas collapsed, when he fell from Tom Wolfe-of-the-projects to just another iced-out rapper with paper on his mind and furs on his back. Nas put all of his moves right on wax. Like the rapper Jeru once said, the man played himself. "Nastradamus" continues a drop of Orson Wellesian proportions. Here, Nas has moved from "Citizen Kane" to Gallo wine in just five albums.

For lots of MCs, "Nastradamus" would probably be a perfectly serviceable collection, but ever since Nas' debut the expectations of Queensbridge's poet laureate have been a bit higher. His 1994 album "Illmatic" still stands as one of the finest solo hip-hop debuts ever, a rap album to toss into the time capsule. Over tasteful, frugal beats, "Illmatic" featured an insightful, introspective 20-year-old wondering why all his childhood pals were dead or in jail. The style didn't ape Slick Rick's garish storytelling, NWA's gangsta bravado or Public Enemy's blazing nationalism. Instead, like a black-owned version of Richard Price's novel "Clockers," "Illmatic" was straight-up literary journalism, a heartbreaking, illusion-free look at thug life, written in artful and direct rhyme.

It was a stunning record -- the headz and the critics adored it -- but it didn't move units. In response, Nas turned from the Scorcese of "Mean Streets" into the Scorcese of "Casino." Elegant elegies and verbal assassinations gave way to jiggy Puffery and syrupy production. You'd laugh if it wasn't so damn sad.

But you have to hand it to him: He didn't try to hide it. This was a transformation as self-consciously commercial as any in pop music. (Nas even maps it out on his most recent title track, paging through each of his character transformations: "Nasty/Nas to Esco to Escobar/Now he is Nastradamus.") It would have been tough to keep it as real as he did on "Illmatic," but Nas didn't even try. "Jewelry, cars and Jeeps is my motto," he says, embracing a decadence that the Nas of old would have seen for its hollowness.

And at some point, the hero has to realize that Trackmasters-style gunk production is only making things worse. Only the perpetually slamming DJ Premier delivers the block-rocking beats on "Come Get Me." But even Premier can't save a lyrically drowning man. Nas doesn't write rhymes that make you tear up anymore. Now it's all "kill, kill, kill, murder, murder, murder" (an actual chorus from the otherwise not terrible "Shoot Em Up," produced with typical menace by Mobb Deep's Havoc). Watching a talent like Nas phone it in is depressing. "Nastradamus" is the work of an artist formerly known as a genius, proving that you really, really can't go home again.

Joe Gross is a Washington writer.