Bud Paxson and his company, which owns more TV stations than any other in the country, normally fly below the major media radar. That's changed, thanks to Sen. John McCain. 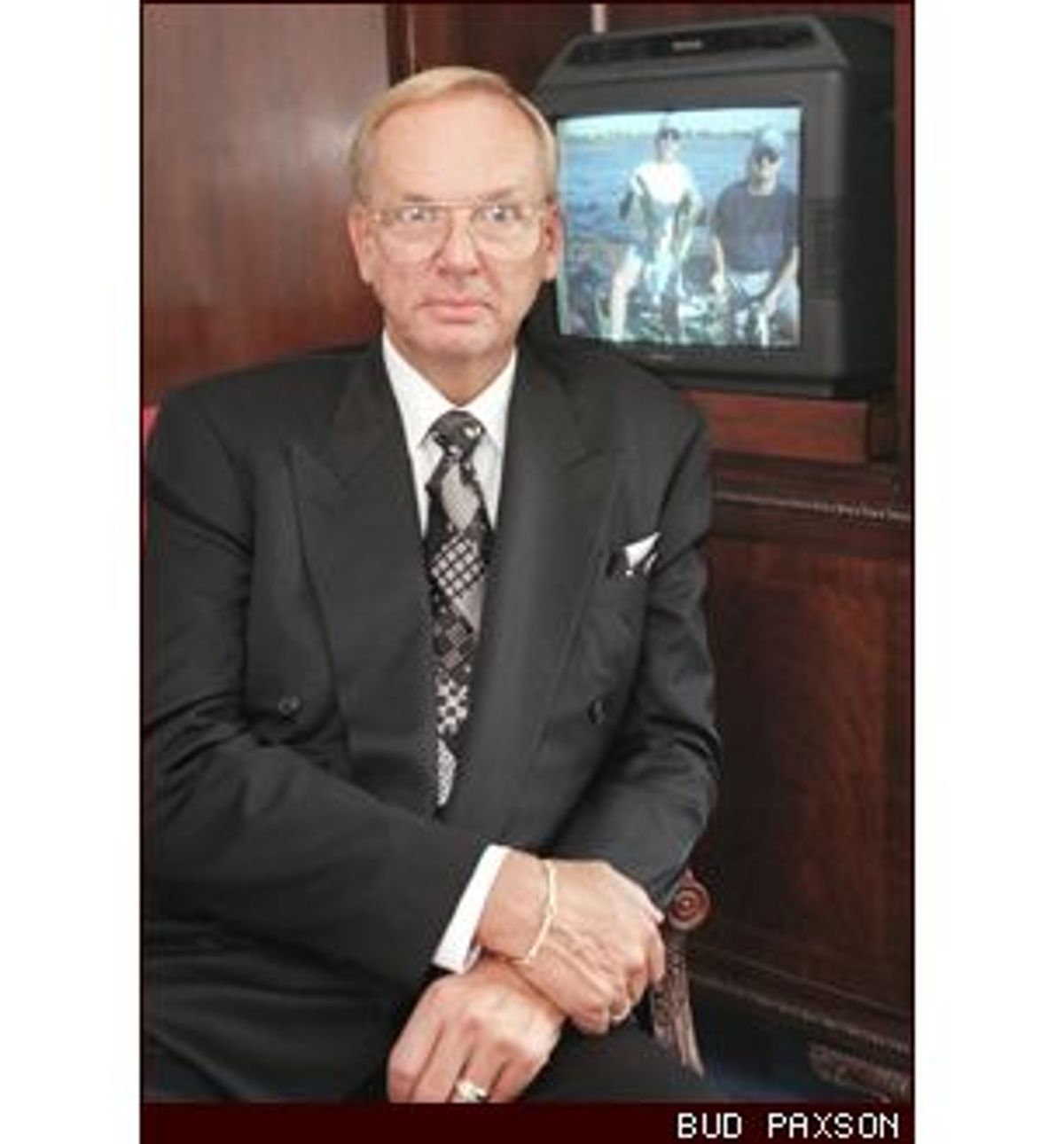 When the New York Times put the story of Sen. John McCain writing the FCC as a favor to Paxson Communications CEO Lowell Paxson on its front page Thursday, it didn't set off a media feeding frenzy. Though the senator was called upon to defend his actions in Thursday night's GOP debate (as chairman of the Commerce Committee, McCain oversees the Federal Communications Commission, which had been sitting on a decision to transfer a Pittsburgh TV station to Paxson), only a few news outlets chose to lead with the McCain story. Most favored George W. Bush's promise of "a tax cut, so help me God."

But the McCain story, which focuses on two letters the senator wrote last month, before the FCC ultimately approved the sale, has brought unwanted publicity to Paxson Communications and its founder. For the most part, Paxson flies under the radar of major media scrutiny, despite owning the largest group of TV stations in the nation. Last September, NBC announced a distribution deal with Paxson in which NBC traded $415 million convertible stock for a 32 percent stake in Paxson Communications. For NBC it meant a second distribution outlet for its programming, while for Paxson's family-friendly Pax TV network, it provided a welcome infusion of cash.

And Lowell "Bud" Paxson is a man who knows the value of a dollar. As a radio station manager in Florida in the '70s, he suddenly found himself with 112 toasters from an advertiser who couldn't afford to settle an account. Bud hit on the bright idea of selling the toasters on the air -- and they were gone in 15 minutes. From such humble beginnings came the Home Shopping Network (toasters, yes, but beautiful glass figurines, too!), which Paxson and partner Roy Speer sold to TCI's Liberty Media in 1993.

In between selling HSN and beginning Pax TV in 1998, Paxson experienced a religious conversion. As related in his autobiography, "Threading the Needle," he was staying at Caesars Palace in Las Vegas, mourning the dissolution of his marriage, when he found a Gideon's Bible in his bedside drawer. (The book's title comes from Luke: "It is easier for a camel to go through the eye of a needle than for a rich man to enter the kingdom of God.")

The irony of accepting Jesus Christ as your personal lord and savior in a hotel with a Roman theme seems to have been lost on Paxson, but he is not a man given to irony. The 6-foot-6, 64 year-old purveyor of infomercials began Pax TV to combat what he called the "moral manure" found on television and pledged that Pax (the Roman word for peace) would not air gratuitous sex, violence or bad language. And though a man who likes to praise the lord (he has built a church in Florida to preach in), Paxson knows that religious programming means ratings death. "I want it to be parables and storytelling," he told AP of his network's fare, "which is what Jesus did."

Unlike most merchandisers of entertainment, Paxson started with containers before worrying about the content. He had bought 78 TV stations across the country before coming up with programming for them, and launched in August 1998 with reruns of such tried-and-true network fare as "Touched By an Angel" and "I'll Fly Away." Pax's own attempts at programming ("Flipper: The New Adventures," "Little Men") have been slightly less memorable, which may account for the network's dismal audience share.

Last year the entire network averaged ratings of less than a single point, or fewer than a million viewers. You've probably surfed past a Pax station: It's the kind of programming that most parents would feel safe leaving their children with, but would find boring themselves. And the kids, left alone with the remote, would be over to Nickelodeon or MTV faster than you can say Britney Spears.

Meanwhile, Pax TV's operating costs have continued to mount, and while the NBC deal may save the ship, it may still prove to be the demise of its captain. After Feb. 1, NBC has the option to acquire 49 percent of Paxson Communications -- including Lowell Paxson's controlling interest. "I think, perhaps, the ship has sailed on Paxson," said one cable executive I spoke to. "If NBC doesn't take over the operations of the network, I truly think he would not be able to survive. He has sold a third interest in his network to NBC, and if you really look at his stations and his dealings you are going to see a ton of red ink for a long time to come."

None of which explains Paxson's problems with the FCC (which routinely drags its feet before inevitably approving all station transfers) or the intercession of McCain. Though an avowed Christian, McCain does not make a major issue of his faith (unlike Bush), and it's hard to imagine him putting heathens to the sword.

It is possible to imagine him putting a gun to the FCC's head, though the prickly letters he wrote on Paxson's behalf may simply be evidence of that famous temper we've been hearing about. (It should be noted that McCain didn't urge a favorable vote, but only pressed the FCC to make a decision. Still, FCC Chairman William E. Kennard called McCain's actions "highly unusual" and suggested they weren't appropriate.)

For McCain, of course, appearances are everything -- and a guy who goes around preaching against big money, let alone one who tried to pull a few levers for S&L crook Charles Keating, certainly should know better than to be seen as helping a benefactor. (The Times' story, which follows reporting from the Boston Globe and before that the Pittsburgh Post-Gazette, claims McCain's campaign has received donations of at least $20,000 from Paxson and employees, and has used Paxson's corporate jets on at least four occasions.)

But as of Friday, voters in New Hampshire seemed curiously unmoved by the alleged intrigue, while McCain insisted that the whole fracas was yet greater proof of what he'd been saying all along: The mere specter of big money and its influence muddies the water. "It renews my vigor for campaign-finance control," he said at a rally on Thursday.

Whether the press (or Bush's supporters) can blow on the coals of this story to further damage McCain's campaign remains to be seen. Paxson (who did not return calls for comment) seems unfazed by it all, but then he doesn't really have anything to lose. The FCC approved the sale of the former public television station in Pittsburgh, and even if he does retain control of the network that bears his name, the chances of John McCain winning the nomination are still about those of that camel getting through the eye of the needle.