A charming first novel presents three snapshots of a girl growing up lesbian in '60s and '70s Philadelphia. 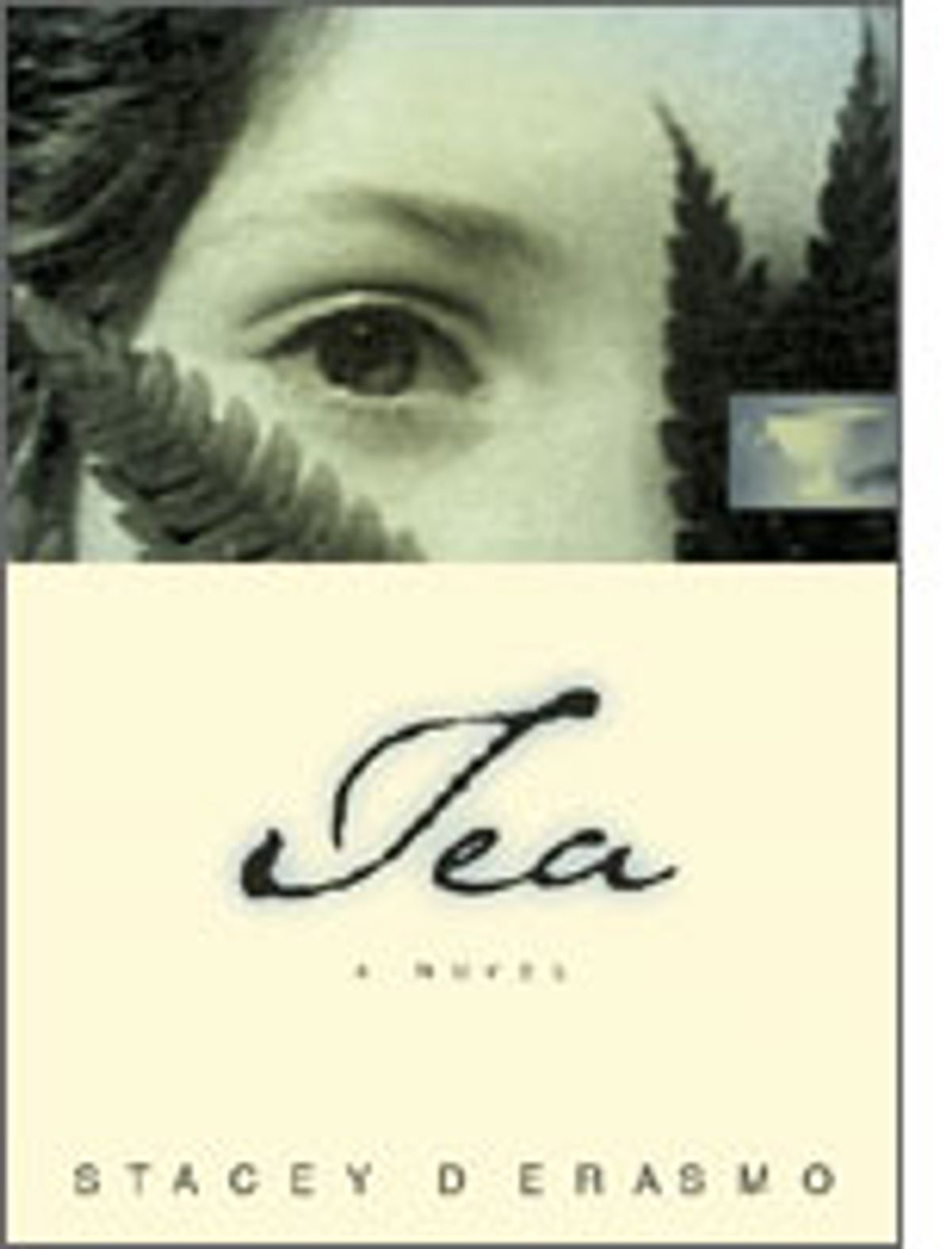 Stacey D'Erasmo's first novel, "Tea," is divided into three parts, each of which presents a literary snapshot of Isabel Gold, the daughter of a Philadelphia dry cleaner and his frustrated wife. The first picture, which shows Isabel at age 8 or 9 in the late '60s, is the best -- a funny and charming portrait of a kid who is both knowing and naive. She picks up a volume of Anaos Nin's self-besotted "Diary" but puts it down after observing that the writer "didn't seem to have any friends." Accompanying her mother on a tour of a house the family might buy, Isabel decides that the messy occupants are "poor, and not nearly as smart as the Romans, who built aqueducts." Along with the cleverness, however, comes a sense of foreboding. Isabel's mom tells the girl that sometimes she wants to die, and soon enough she does, by her own hand.

In the second section, Isabel, now 16, hangs out with two friends who are sleeping together, listens to a lot of Joni Mitchell records and tries to make sense of her mother's death. One tactic she adopts is getting involved in the theater -- her mother had chucked a fledgling acting career to marry Isabel's father. Isabel approaches drama in a roundabout way, first volunteering backstage at a local little theater, then letting herself be drafted to play one of the horses in "Equus." By this point she is beginning to realize that she is a lesbian.

The third section finds her, at 22, involved with a woman named Thea, not just in a love affair but in an experimental-film project in which Isabel is to play the goddess Diana, wielding bow and arrow. The co-creators' relationship betrays signs of trouble: When Thea asks whether Isabel wants them to be "nonmonogamous," Isabel replies, "Not this second"; and when Cricket, a new friend of Thea's, tries to horn in on the cinematic planning, Isabel reacts stormily.

There is much to admire in "Tea." The dialogue is frequently artful, and Isabel's take on the world is slanted and witty. At home with her family for Hanukkah, she joins them in watching the local news, "which seemed to her to have a charmingly flawed, handmade quality." The minor characters are vivid, especially the other Golds. Isabel's younger sister, Jeannie, collects dogs, of which she has half a dozen when last seen, all living in and around the family house, which she shares with their dad. As for him, his passion for dry cleaning recalls the Swede's love affair with glove-making in Philip Roth's "American Pastoral."

But D'Erasmo lacks Roth's fire and zeal and ability to persuade readers that a family's history can harbor deep American truths. Her novel's diction is spare (we're on the outskirts of Greater Minimalistville here); the jumps from section to section -- and from one stage of Isabel's life to the next -- leave too many characters dangling; and the question of how Isabel will cope with her mother's death is never satisfactorily resolved. Line by line, D'Erasmo is a talented writer, but a firm sense of construction is not yet one of her strengths. For all its flashes of humor, "Tea" left me yearning for an infusion of caffeine.

Dennis Drabelle is a contributing editor at the Washington Post Book World.